Even with the hundreds of scripted series currently airing on TV, you’d be hard-pressed to find one more ridiculous than the shows on this list.

From iconic trainwrecks like Cop Rock and My Mother the Car to more recent fails like Cavemen and BH90210, Team TVLine has assembled 20 ludicrous programs that span more than five decades. And while it shouldn’t shock you that Pamela Anderson starred in two of the series on our list, you might be surprised to hear that neither show is Baywatch.

Frankly, most of the shows’ basic premises read like parodies of shows you might see on 30 Rock. An hour-long drama about a futuristic stripper who battles an army of Earth-dominating robots? A half-hour comedy about a family pet who can secretly talk… and blog? Yep, these existed — whether you believe it or not. 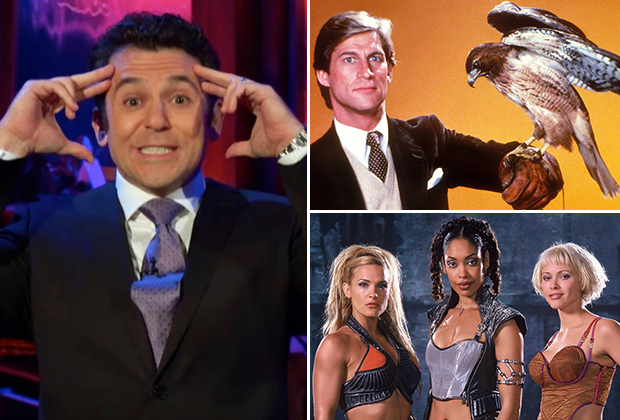 Of course, with each new list comes a new set of rules: For this round-up, we’re sticking with live-action, scripted series. (Let’s be honest, there’s no shortage of ludicrous material out there, so cartoons, game shows and reality dumpster fires all deserve their own lists.)

Browse our gallery of 20 shows we can’t believe existed — you can click here for direct access — then drop a comment with your own additions to our list. Popular or not, which show’s mere existence still leaves you baffled?