Warning: The following contains spoilers for Thursday’s eventful Station 19. If you’d prefer to watch first, read later, drop this recap like it was hot.

Holy smoke! Thursday’s penultimate Season 3 episode of Station 19 not only included a shooting, several confessions and a heartbreaking hookup, it threatened to recast the late, great Pruitt Herrera as the “Bad Guy” that gave the hour its title. How on earth… ? Read on, and I’ll explain. 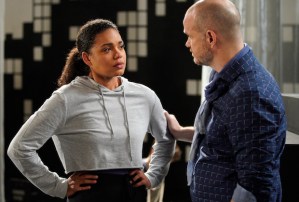 ‘I THINK I KILLED HIM’ | As “Bad Guy” began, no sooner had Ben and Jackson recruited Emmett to be their substitute PRT driver than Vic realized that the probie and Travis had slept together. It was so obvious, she cried, all but face-palming, since “you guys avoid eye contact with each other like it’s your job.” She had a dirty little secret, too. “I may have done something bad” with Jackson, she admitted. Hey, you can’t spell sex without an ex! Vic and Travis were just about to leave the station when Sullivan assigned them some inspections that Dixon needed fast-tracked. Since flashbacks revealed that Vic’s old community-theater director had gone up in flames because he hadn’t followed orders after Pruitt had inspected the stage, she was all in. Finally, a woman named Darcy wandered into the firehouse covered in blood after stabbing a man who’d attacked her in the park. While Jackson and Ben treated the would-be rapist in the back of the van, a junkie leapt into the passenger seat, pointed a pistol at Emmett’s head and ordered him to drive. And this was all before the first commercial break! 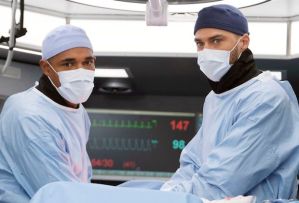 After Emmett drove the PRT away from the scene of the stabbing, making Ben and Jackson’s attempts to save the patient all the harder, the junkie had the probie stop and open up the back doors. “I want all the painkillers on this truck,” she told the docs, “or I kill this kid.” When Emmett stumbled getting into the van to retrieve the vials that she wanted, she was so startled that she shot Jackson in the leg! Then, after loading up on narcotics, she ran off… and was immediately, fatally struck by a car! (Yeah, it was an action-packed episode!) Before Ben could even decide who to treat first, Jackson reported that the rapist was dead. It would’ve been hard for him not to be, given that, as Jackson put it, “he’s got more blood on the floor than in him.” At that, Emmett just crumbled. “I don’t want this to be my every day for the rest of my life,” he later told Ben and Jackson. He’d never wanted to be a firefighter, that had been his dad’s idea. (Ya don’t say!) “I didn’t even pass the written test!” 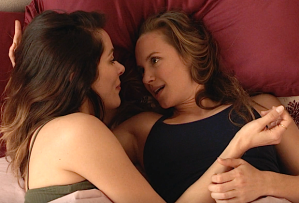 ‘IS IT JUST ME, OR ARE ORGASMS BETTER IN THE DAYLIGHT?’ | Meanwhile, Maya enjoyed a sexy day off with Carina… until her girlfriend brought up her mother and suggested that maybe Bishop thought that she was too smart to be in denial about her father’s abuse. “He never hit me!” Maya insisted as if that was the only way a person could be hurt. When Carina refused to leave, Maya went for a run that took her to the station. There, she bumped into Andy, who’d been going through her father’s belongings, which had begun to make Sullivan’s place resemble a storage unit. Her mother looked miserable in an old photo, and for some reason, after her death, Andy had never seen her Tia Sandra again. So Andy had to wonder, “Maybe I didn’t even know who my dad was.” Already highly triggered regarding fathers, Maya defended Pruitt, as controlling as he might have been, and told Andy in no uncertain terms that “you do not get to turn your dad into a bad guy” rather than cope with his loss. 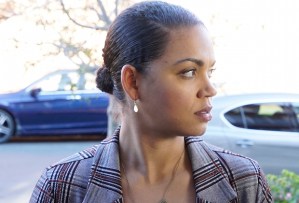 In the field, Vic and Travis were thwarted in their attempt to inspect a warehouse on the list that Sullivan had handed them. The owner was a pal of Dixon’s, wouldn’t ya know? When Sullivan arrived on the scene to back up the firefighters, he quickly realized the mistake that he’d made. Dixon hadn’t given him a list of inspections to be done, he’d given him a list of inspections to be approved, no questions asked. When Sullivan called off Travis and Vic, needless to say, red flags started waving right and left. So much so that, after a shot of liquid courage, Vic showed up on Sullivan’s doorstep and challenged him. Poo-pooing fire inspections, she said, was akin to not paying attention to the oxygen-mask instructions before a flight… yet people did die in plane crashes. “My parents died in a plane crash,” said Sullivan. And, even though that had nothing whatsoever to do with the actual issue at hand, he managed to use that statement to end the conversation. (Heaven help us if Maya ever learns that technique… !) 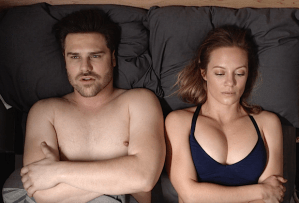 ‘STOP TELLING ME TO TAKE A SEDATIVE!’ | After escorting Darcy to Grey Sloan, Dean told Jack that he forgave him for sleeping with Rigo’s wife. “It kinda felt like that already happened,” Jack said. Well, Dean wanted to make it official. He knew that it had to have taken a toll on Jack, being left by his birth parents the way Pru had been by her mom, and he could see his friend trying to be a better man. Plus, Dean had an “inappropriate crush” now, too, he admitted. Back at the station, Jack wound up getting into it with Maya, over everything and nothing all at the same time. “You’re broken,” he told her (has he been reading my recaps?). When she retorted that it was rich, being judged over her relationship with her father by someone who didn’t have one, he came back at her with “I’d rather have no daddy than yours,” and before we knew it, their fight had turned into a bout of angry sex. “Yeah, I guess I am broken,” she said afterwards. “I guess we both are,” he added. 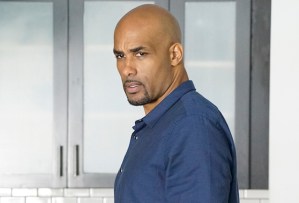 At Sullivan’s, Andy understandably spiraled. Her Tia Sandra had sent her a birthday card for years — yet Pruitt had never given them to her. Why? Why had he wanted her to be alone? And why had he always done things behind her back, like block her attempts to become captain? When Sullivan suggested that she take something to calm down, she angrily replied that she didn’t solve her problems with drugs. (Honeymoon… over.) Pruitt had kept Andy from becoming captain, Sullivan reminded his wife, because he’d been concerned about how she’d react to his death. And seeing this, he added, it looked like her father was right to have worried. That evening, as soon as Vic learned that Jackson had been shot, she ran off to check on him… which clued in Jack to the fact that Hughes was the person on whom Dean had that “inappropriate crush.”

‘YOU GOT PIE — NO NEED FOR I’M SORRY’ | As the episode drew to a close, Maya at last returned home and demanded some space from Carina, who was really working hard not to be mad at her. “I just slept with Jack an hour ago,” spat Maya, “so be mad at that.” Well, OK, then. At the bar, Emmett had two big announcements to make to Travis: 1. He’d come out to his dad. 2. He’d quit. With that, they kissed, Emmett appearing to be more himself than he ever had been. Elsewhere, a fresh admonishment from Ben ringing in his ears, Sullivan interrupted a Civil Service Commission meeting to rat out not only Dixon but himself. And, hoping to gain some insight into her parents’ marriage, Andy met with Pruitt’s old buddy, Snuffy, who warned, “Don’t go picking at scabs unless you wanna bleed.” So Pruitt was a bad guy? Snuffy refused to say; it wasn’t his place. Instead, he advised Andy to “let your old man rest in peace,” and left.

So, what did you think of “Bad Guy”? Do you believe Pruitt had that dark a side to him? Were you more surprised or disappointed by Maya and Jack’s hookup? Is Andy and Sullivan’s marriage over as fast as it began? Hit the comments.