Warning: The following contains spoilers for the finale of Normal People. If you haven’t finished your binge, you may not want to begin reading just yet.

As the finale of Hulu’s Normal People got underway, we saw damaged souls Connell and Marianne as we so rarely had before: happy, together — even content. But, knowing their patterns as well as we did by episode No. 12, we were understandably skeptical that it could last. Were we right? Read on… 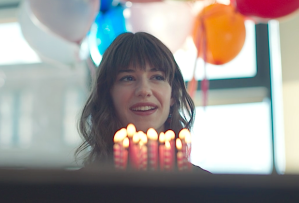 BIRTHDAY-PARTY POOPER | At a nice little get-together with friends for Marianne’s birthday, Niall joked, “What did your family get you, a sportscar or a pony?” Erm, neither, Niall. Estranged as they were — and better late than never, that! — all Marianne got was a text from her mum that evening. “Not exactly ‘Happy birthday,'” either, she told Connell before reading it to him. “‘Send me back the keys to the Dublin flat as soon as possible.’” Well, it wasn’t like Denise had ever been in the running for Mother of the Year, anyway, I suppose.

Later, Connell stunned Marianne by sharing that he’d just gotten an email offering him a spot in an MFA creative-writing program in New York. “I’m not surprised they offered you a place,” she clarified, “I’m just surprised you didn’t mention” applying for it. He hadn’t, he explained, because he looked up to her and had been so sure that he wouldn’t get in, he hadn’t wanted to seem deluded. Though Marianne was encouraging, he insisted that this wasn’t the time for him to move halfway around the world. He could barely walk down a street in Dublin not that long ago without having a panic attack, he’d never make it in Manhattan. So that was that. “I’m not going,” he declared. 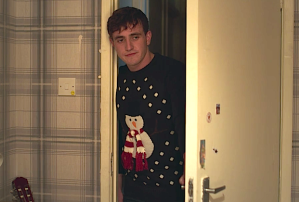 GHOST OF CHRISTMAS PAST | After spending a delightful Christmas with Connell’s family, Marianne was strolling along with her boyfriend and his mum when they bumped into her mum… who totally ignored them. “What do people in town think of her?” Marianne asked Lorraine. “I suppose,” replied Connell’s mum, “she’d be considered a bit odd.” Which was still better than “soulless harpy,” which is how I’d have described Denise. When Connell asked Marianne to join him for New Year’s Eve at the pub with their old classmates, she acquiesced. “Far be it from me to disobey an order,” she said in a way that sounded a little too submissive.

Once the ball dropped and the new year had begun, off Connell and Marianne went to pack up her things at the Dublin flat. There, she again encouraged him to consider going to New York. He had been thinking about it, he admitted. “Would you come with me?” At that, her lovely face clouded, and she shook her head no. “I want to stay here,” she said. “I want to live the life I’m living.” He couldn’t do it, then. He’d miss her so much, “I’d be sick.” Maybe, she allowed. “At first. But it’d get better.” So he shouldn’t make any promises about returning in a year. They had no idea what their futures held in store. “But,” she added, “we have done so much good for one another.” 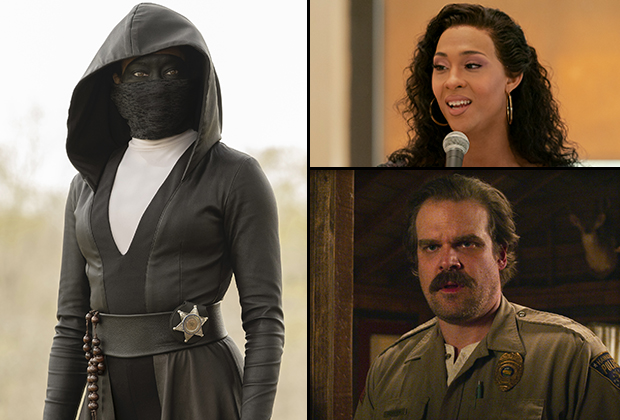 Finally, the couple acknowledged once more how deeply they loved one another, and agreed to part ways. He would go to the States, she would stay behind in Ireland. “And,” she concluded, “we’ll be OK.” Ah, but was that ending all right with you? After everything that Connell and Marianne had been through since their days of hooking up in secret, did you need them to be together to be satisfied by the series’ resolution? Or would that have been too clichéd a Hollywood ending for such a twisty love story? Grade the finale in the poll below, then hit the comments with your thoughts.