Just as the coronavirus outbreak has challenged people’s jobs, relationships and mental well-being in real life, so did it, too, during All Rise‘s virtually shot, pandemic-themed season finale on Monday.

In the episode, Lola has her hands full, trying to convince her at-risk mother to stay home instead of delivering care packages. Meanwhile, her BFF Mark is going stir-crazy at home and exercising up a storm. He also finds another way to release some pent-up energy via virtual sexy times with girlfriend Amy! Elsewhere, Sherri is managing by labeling spices, Judge Benner is failing at cooking, and with transcription work dried up, Sara is delivering Instacart orders.

But even though much of life in Los Angeles has come to a standstill, arrests haven’t stopped, and the backlog of trials is piling up. Given the “appalling” conditions in jail, Lola suggests to her fellow judges that they should hold an online trial. Judge Laski protests that fundamental rights would have to be waived, but Judge Campbell notes that there’s not much point in trying the accused if they’re no longer alive. Dark times, indeed. 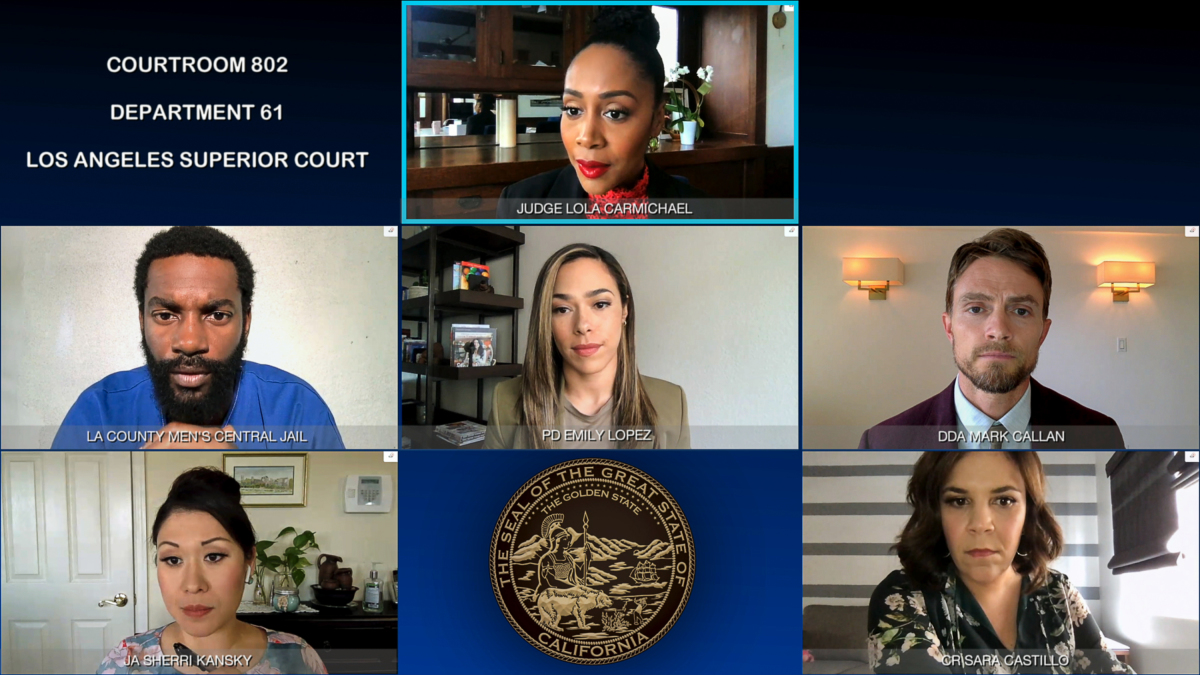 Lola’s chosen test case is a dispute between two brothers, with Emily and Mark on opposing sides. Even though Lola and Mark are close friends, Benner makes an exception and allows it since they’re running short on judges and lawyers. During a stairwell chat in their respective homes, Lola and Mark set some ground rules, but he still gives her enough lip in virtual court to raise eyebrows. The trial also hits some logistical snags, after which the accused demands a real trial. Benner reminds Lola that a fair trial this way might be the only way forward, so she needs to figure it out. Then a conversation with her mother inspires Lola, who appeals to the brothers’ history and asks them to see past the limitations of their screens.

“All year, I’ve been hearing about the Lolacoaster,” Mark tells Lola, after a plea deal is reached. “I get it now. There’s something magic about you in that chair.” 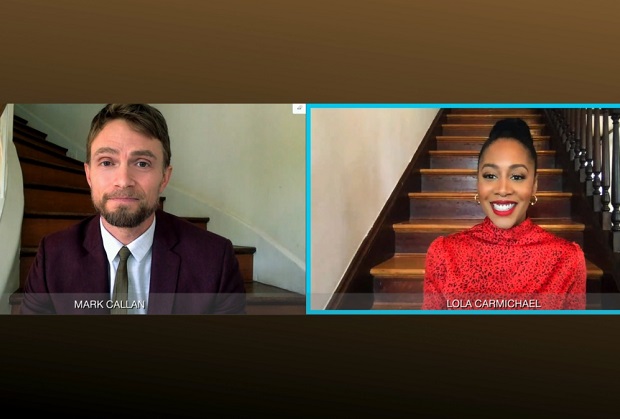 “I hope you enjoyed it, because you are never going to see it again!” Lola responds. “I cannot have you in my courtroom, Mark… because I need you as my friend.”

Meanwhile, Luke is tired of sitting around and wants to go to county jail to help with the large number of releases. A worried Emily convinces him to find the soon-to-be-released inmates housing instead. The episode ends with a virtual date night between Luke and Emily — who’s staying with her brother, his wife and his kids — while Amy tells Mark that she’s in for moving in and isolating together. Then an all-cast (and crew) dance party breaks out.

All Rise fans, grade the season ender via the poll below, then continue to Page 2 for behind-the-scenes details about how the show pulled off the ambitious episode.