Bell, who kicked off her stunt career by doubling for Xena herself, rounded up, yes, Lucy Lawless, plus NCIS: Los Angeles star Daniela Ruah, Daredevil and Briarpatch‘s Rosario Dawson and dozens of others — a thrilling mix of fellow stunt performers and “badass” actresses — for one of the interactive-ish  “lockdown” videos that are all the rage these days.

The video opens with Bell lamenting her at-home boredom, before realizing she can “play” with her friends — literally kicking things off with a swift foot to Lawless’ forehead. Lawless then uses Xena’s Chakram to wallop stuntwoman Tara Macken, which leads into a chain reaction that involves, in order, Drew Barrymore, Juliette Lewis, stuntwoman Tamiko Brownlee, Rosario Dawson, stuntwoman Amy Johnston and Cameron Diaz.

The complete list of those in the video, in order of appearance: 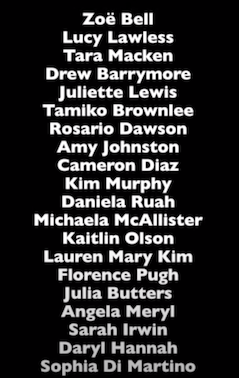 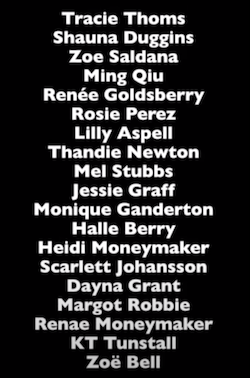