The shhhhh! is about to hit the fan as Batwoman nears the end of its freshman run.

As teased in this Sunday’s episode of the CW drama — meaning, SPOILER ALERT! — a recently resurfaced adversary will be fulfilling his destiny as a DC villain.

As seen in the promo above and in the photos below, MIA Bruce Wayne’s thoroughly disenfranchised frenemy, Tommy Elliot (played by Revenge favorite Gabriel Mann), is transitioning into Hush. Thus far, Tommy had given up his face (to Alice and Mouse’s handiwork) and is walking around in bandages. In comic book lore, the well-known archenemy of Batman’s at times adopts the face of Bruce Wayne.

In the penultimate episode of Season 1 (airing Sunday, May 10 at 8/7c), titled “A Secret Kept From All the Rest,” Alice enlists Tommy to help acquire an elusive item that Kate also seeks. Elsewhere, Sophie and the Crows go searching for the newest homicidal threat to the city when members of Gotham’s intelligentsia begin disappearing. Also, Kate is consumed with someone’s betrayal and starts questioning the loyalty of everyone around her just when she needs them most. So when Luke and Julia go missing, Batwoman must rely on Mary and a former foe to deploy her rescue mission. 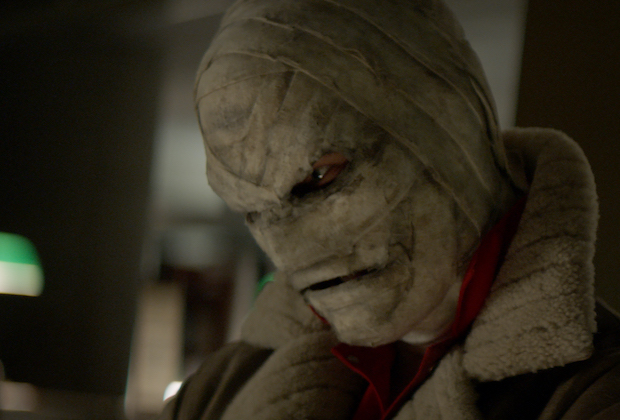 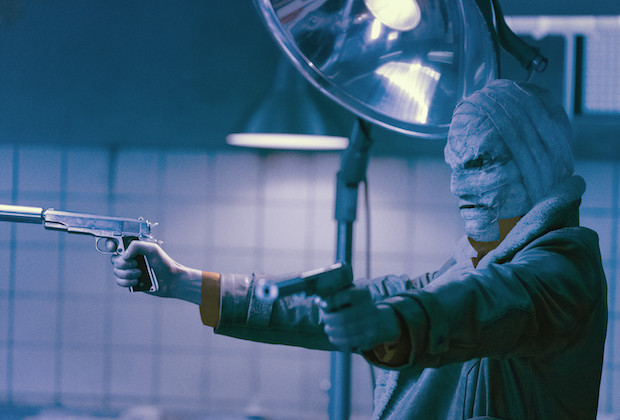