THE PERFORMANCE | Not enough of you are watching Starz’s half-hour dramedy about two sisters trying to make a success out of their dead mom’s LGBTQ-friendly East Los Angeles bar. And that’s a shame, because it means you’re missing out on outstanding performances like the one Barrera turned in this week.

For most of the episode, Barrera’s Lyn was on a high: Her concert series at the bar was a success, and her renewed confidence was on display — big smiles, knowing looks — as she happily agreed to meet her boyfriend’s mother at an event that evening. But that introduction wouldn’t go well: Too bad for Lyn, but such great stuff for Barrera.

After being mocked for not being “Mexican enough,” Lyn slunk out of the party to sulk by the pool. Barrera communicated her character’s dismay in every gesture, from her slumped posture to the careless way she tossed back her Champagne. But a chance encounter with a cater waiter lit a fire inside Lyn, and Barrera was incandescent as we watched the character get her groove back in real time.

In the space of a short scene, Barrera pulled off several levels of awesome: She played up Lyn’s naturally coquettish side as she reeled in the smitten waiter, she leaned into Lyn’s tipsiness in hilarious fashion. She also allowed a greater realization to bubble to the surface: Lyn’s ability to adapt was her super power, and you could see Barrera’s spine straighten as the character rededicated herself to using it. The moment was empowering, relatable and funny, Barrera’s skill so adroitly employed that it made us excited to see what other height she’ll hit in the show’s final season. 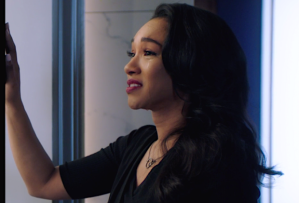 HONORABLE MENTION | We knew that The Flash‘s Mirrorverse storyline — featuring two Irises and all — would do right by Candice Patton, and her biggest showcase arrived with this week’s pivotal episode. Mirror Iris was a real piece of work, giving Bar bad advice and wickedly draining him of his powers. And yes, Patton got to be physical like never before with the husband/”wife” face-off. But it was in Mirror Iris’ introspective moments — nudged by Barry to want and be “more” — followed by her admittedly sad demise, where Patton’s performance built towards something extra-special. But wait, there is so much more! Because in the hour’s tag, as the real Iris desperately hoped to communicate with Barry another across dimensions, Patton reminded us, after a rocky spell, why “WestAllen” with their unbreakable bond represent the Gold Standard. 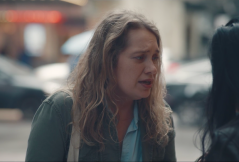 HONORABLE MENTION | On HBO’s Run, Merritt Wever is a pleasure to watch. As Ruby, a woman who fled her husband and kids for a runaway rendezvous with her ex, Wever conveys her character’s struggles and insecurities with a calming benevolence, encouraging viewers to empathize with her rather than judge her. But in Episode 3, she shined brightest, nailing a sultry-anxious-comedic trifecta that was both three-dimensional and incredibly captivating. Ruby’s confession of abandoning her career and settling in love was heartbreaking and introspective, and Wever truly sold the vulnerability. In the same 30-minute span, she made a complete 180 when a dressing room mishap led to some great physical comedy, a hilarious embarrassment and the thrill of shoplifting, all of which gave the actress an even bigger playground to work within. Considering the episode’s pendulum of tonal shifts and her character’s quirky complexities, Wever’s performance was a grand slam. 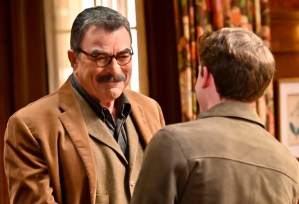 HONORABLE MENTION | It takes a lot for Blue Bloods‘ stoic commish to appear moved. But with the season finale’s reveal that Frank Reagan’s late son, Joe, had unknowingly sired his own scion — who, chance/fate would have it, grew up to become a lawman — Tom Selleck got to bring to the surface emotions we see from the commish all too rarely. Sitting across from the Officer Joe Hill upon meeting him, Selleck showed us that as close to the vest as Frank wanted to play things, inside that three-piece suit he was awash with surprise, delight, curiosity. That was even more evident when, back home with the family, Frank ripped off the Band-Aid and abruptly dropped the bombshell — before proceeding to warmly describe the distinct Reagan-isms the lad displayed. In lieu of Joe Reagan being there himself to react to this unexpected addition, Frank, as grandfather, shouldered much of the paternal pride, which Selleck sold so well in every scene.