Zoey’s Extraordinary Playlist fans, consider this your warning to have your tissues at the ready for this Sunday’s season finale (NBC, 9/8c).

“There’s a lot of emotion in it,” previews showrunner Austin Winsberg, who based the touching musical drama on his own father’s battle with progressive supranuclear palsy. “People are going to see all of the joy and the pain and the life-affirming stuff and also the hard stuff [in] this last episode.”

Below, Winsberg also teases some big turns in the Zoey/Max/Simon love triangle and ponders the show’s timely appeal during our current coronavirus-ravaged reality.

TVLINE | The longer I’ve been in quarantine, the more I’ve been craving the show. It’s really clicking in a way that’s very timely and emotional right now, given what’s going on in the world.
That was all by design. I knew the pandemic was coming.

TVLINE | That’s your superpower. Zoey’s got the musical power, you’ve got that one.
That’s exactly right. I had an MRI once. Things happened.

TVLINE | Why do you think it is connecting on that level right now?
I have a few theories about it. I think that part of it is that the show, in general, is colorful and joyful and vibrant, and I think people are looking for entertainment to feel like a form of escapism. There’s something about going into this world that feels, at times, lighter and more positive, [which] I think is an element of it. I think that the underlying idea in the show about connection and connectivity between people and the importance of empathy and not judging a book by its cover, and because of Zoey’s ability to hear people’s innermost thoughts, how it connects her to everyone. I think we’re all feeling very isolated right now, and I think this cry for empathy and humanity and this need to come together kind of ties in with what’s going on in the world right now. And then I think that music is a universal language, and music’s another way for people to connect. So I think people are relating to the music of the show. And then because of everything that’s going on with the dad and the family, I think we’re all being touched by loss right now and tragedy and every day seeing the news and hearing about all these amazing hospital workers and people who are dying of the disease. I was trying to be authentic to my own experience with the show, and I think that there are emotional truths that are maybe resonating with people about what’s going on right now.

TVLINE | As fantastical and escapist as the show is, it’s also very grounded and emotionally raw. Has finding the balance between those two been an easy or difficult process for you?
It’s the key element of the show. The tone of the show, when the show is firing on all cylinders, is this combo of comedy and drama and music. It’s the way that I’ve always tried to write is to try to be sort of grounded and real, yet also be finding comedy in drama and drama in comedy. A lot of the people that I’ve always been inspired by like James [L.] Brooks and Cameron Crowe and Nora Ephron are people like that. Their best work always does that kind of stuff. I’ve always been inspired by that kind of writing. 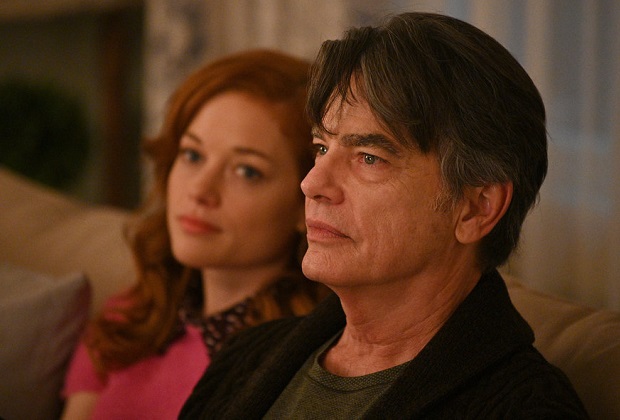 TVLINE | Turning to the season finale, you’ve been building up to this episode and Mitch’s deteriorating health condition all season. How wrecked are viewers going to be by the end of the season finale?
[Laughs] I can’t speak to how they will respond to it. I can say that everything that happens and has happened over the course of the season with Mitch and the family was based on something that actually happened in my own house and stuff that happened with my own dad. So everything that happens in the finale is me trying to do my own version of what went on in our house and trying to be true to that. So the emotions are real. It came from a very real, honest place when I was writing it. When we did the table read, I think that everybody in the cast and crew were all affected by it, because I think that we could all relate to what the family is going through, whether you’ve experienced it yourself or have fears of stuff like this happening. There’s certainly something about it that resonates. 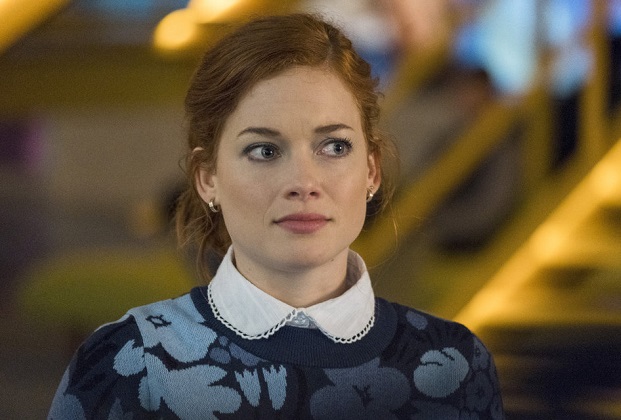 TVLINE | What specifically is Zoey going through in this episode? Can you talk about where she’s at, emotionally, and her headspace?
The episode starts with her singing “Bad Moon Rising.” Because of that, she’s worried that something bad is going to happen. So her whole goal for the episode is trying to prevent something bad from happening, and she doesn’t know what it’s going to be. She doesn’t know if something bad’s going to happen with her father. She doesn’t know if something bad’s happening with Simon or Max or Joan or Mo or anybody in her life, and so she’s doing everything she can to mitigate it before something bad happens. That’s her action in the episode. Leading into the episode, where she’s been up till now, she’s gone on this whole journey, both with her powers and her abilities, and also in this journey with coming to terms with the fact that her father’s going to pass away. I was grieving for the six months before my dad passed away, and I think that Zoey has gone through her own stages of grief — denial and heartbreak and versions of depression and the anger that really came out in Episode 10. She also has been seeing moments of life with her father because he’s been able to sing to her. So in some ways, she has done the best she can to prepare herself for what might happen, and on the other hand is maybe not prepared at all for what could come next.

TVLINE | How will the Zoey/Max/Simon love triangle evolve in the finale?
Well, Simon is back from Vegas. I know there were some questions last week about, “Where’s Simon?” but he actually was gone at his mother’s wedding. He comes back to see Max and Zoey in a way that he’s a little bit surprised about, where they’re doing something that he thought was very much their own thing. So that takes Simon by surprise. And then Zoey starts to see Max in a new light in this episode, and by seeing Max in this new light, it ends up taking their relationship into a surprise direction. Zoey’s relationships with both Max and Simon actually get to a new point over the course of Episode 12.