All Rise‘s pandemic-themed episode will include something that besties Mark and Lola have never before done.

The CBS legal drama wraps up its freshman season next Monday (CBS, 9/8c) with a special virtual installment, which was filmed in the cast’s homes using online technology such as Zoom, FaceTime and WebEx. In the hour, Los Angeles is under a mandatory shelter-in-place order, just as it is in real life, but the trials are still piling up. So Judge Lola Carmichael presides over a virtual bench trial, with Mark and Emily on opposing sides of the case. Yes, you read that correctly — Mark is stepping into Lola’s (home) court for the very first time.

Below, co-showrunners Greg Spottiswood and Dee Lawrence-Harris, plus star Simone Missick, preview the fun and boundary-testing experience for the BFFs, who also find a new way to have one of their stairwell chats while sequestered in their respective houses. Spottiswood and Lawrence also discuss how the pandemic episode works as a makeshift season finale and whether it altered any character trajectories.

TVLINE | You’re dealing with a big subject matter here in the pandemic, social distancing and quarantine. But you also have character story arcs that you’ve planned carefully over the course of the season. So how did you balance the two? How does this episode move the story arcs forward? And how did you maybe have to change them?
GREG SPOTTISWOOD | [Episode] 21 was being shot, [Episode] 22, the season finale, was being prepped, and when those kind of went by the wayside, we all had to sort of ask ourselves — Greg [Nelson] and I, anyway, as writers — “How does it feel now? Is this the right trajectory? Is this what would happen between Mark and Amy in this crisis?” And it did change the trajectory of a couple of key relationships from what I think our original impulses were. Not like 180 degrees, but enough that we had to think about it differently. Because I think a lot of us, anyway, have been connecting to the people that we care about more often and differently than we were before this. It’s deepening some relationships, it’s stressing others, and we needed to acknowledge that in the writing of it, and try and kind of go, “What is the truth of our characters in this circumstance?” So it did actually change the trajectory of some of them, and it was exciting in that way.
DEE LAWRENCE-HARRIS | But they stay within the storylines of what we had already set… It highlighted some characters, going forward, in different ways, like Lola and her mom, and also Emily and Luke. 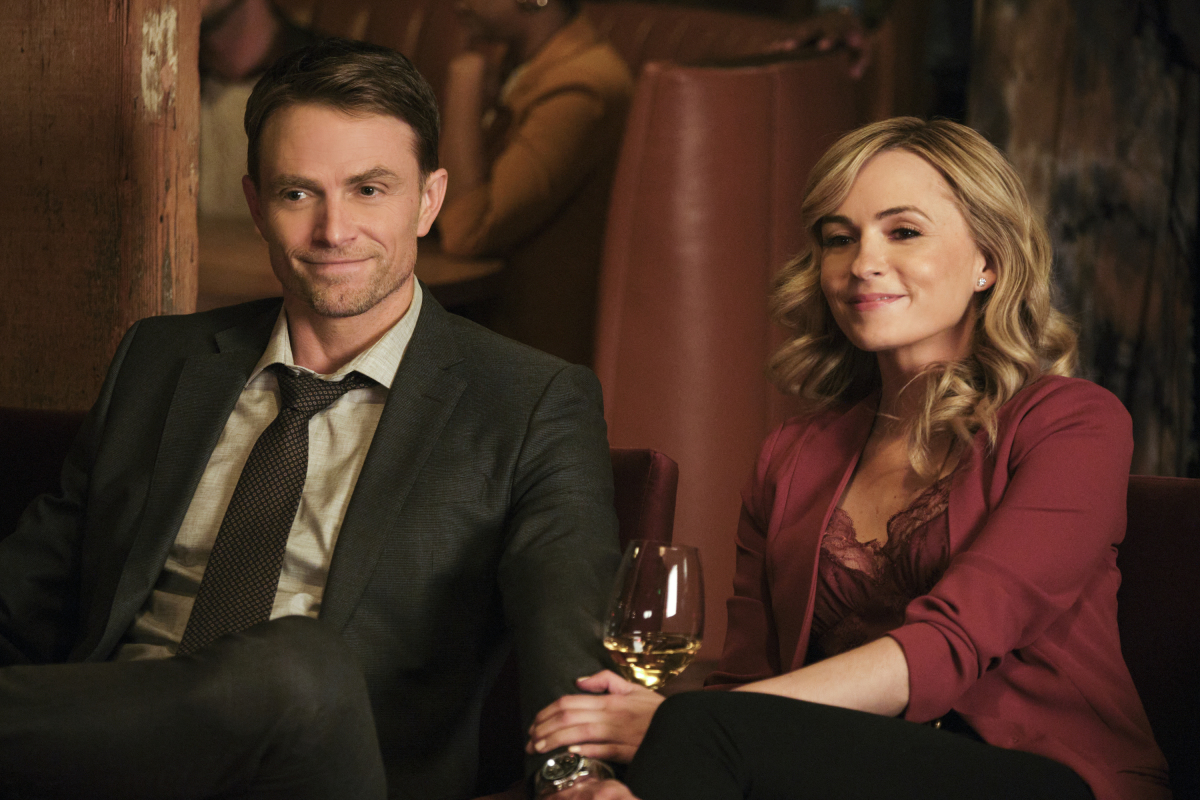 TVLINE | Obviously, you didn’t plan for this to be your season finale, but how do you feel this episode functions as a season finale? Are there certain storylines or scenes that springboard you into a potential Season 2?
LAWRENCE-HARRIS | Within the realm of what’s going on, I do think we spring into what the characters and their pairings are dealing with, but at the end [being] hopeful about our characters. Mark and Amy, where we leave them at the end is like, “Huh, that should be interesting,” because we can fast-forward and see, “Oh, have they moved forward?” We tried to make it as a season finale.
SPOTTISWOOD | One of the premises of the first season was Lola’s first year as a judge. And even though this wasn’t the story that we had originally planned for the finale, it gave us a climax. It gave us a big event to finish the year out, which is what you’re always looking for, like a turning point, like another big “Lolacoaster” moment that helps define the shape of the season and the shape of Lola’s journey through the year and through the season… As storytellers, it gave us fuel for an interesting and unique story that helps bring Lola’s first year as a judge to a close. And so in that way, it was great material for a season finale.

And as Dee said, we were able to put a bow on a few relationships. We didn’t so much cliffhanger them. There’s one that gets cliffhanged a little bit. But we were able to complete some journeys in a way that I’m hoping for our audience is going to be really satisfying. To see Lola and Sherry’s relationship in this episode, see how far it’s come from the pilot… the same thing with Luke and Emily, Mark and Amy, Mark and Lola, Lola and her mother. When Dee and I were talking about this episode, [and] when Greg and I were working on it, we really wanted to find moments of connection between the characters that sort of helped bring the season to a close, and I think the finale serves that function more than teeing up a second season. We have a plan or an idea for a second season. How much that’s going to be affected or disrupted by current events, we’re not sure yet. It’s fertile ground, we know that. [The show] has its roots in reality, and that reality being affected by COVID-19 is going to affect our storytelling. We’re lucky in that we’re a show that can do that. We can fold those events into our storytelling and still be our show.

TVLINE | It’s a very big deal for Mark to be in Lola’s court for the first time. What is that experience like for the two of them?
SPOTTISWOOD | It was fun. We wanted to focus on our core characters in this episode and put Mark in Lola’s courtroom. Our approach, from a writing standpoint, was to do it with a light touch and save the big fireworks for another episode, when they’re actually in the same room. But just introduce the idea and kind of explore what it might mean, and how they might respond to it as characters and kind of dip our toes into the water. It was something that raised a few eyebrows when people got the script.
SIMONE MISSICK | They’re constantly giving it to each other. You see that in the courtroom scenes, and it adds a different dynamic. For the most part, the lawyers that I deal with on a day-to-day basis as Lola, I don’t have that same relationship with. Emily is as close to a personal relationship [as Lola has] with most of the lawyers, without it being contentious. So for this to be Lola’s best friend, the person who knows all of her tells and her eye-rolls… it’s interesting to watch him call her on that. And then it’s also interesting to watch him have to accept the fact that this is not his friend, that this is the judge, and there’s a level of decorum that has to exist. I think the audience is really going to get a kick out of it. For me, as the actor, having Wilson [Bethel], who I love like a brother, being able to explore all of those moments through these characters, it was just so much fun. 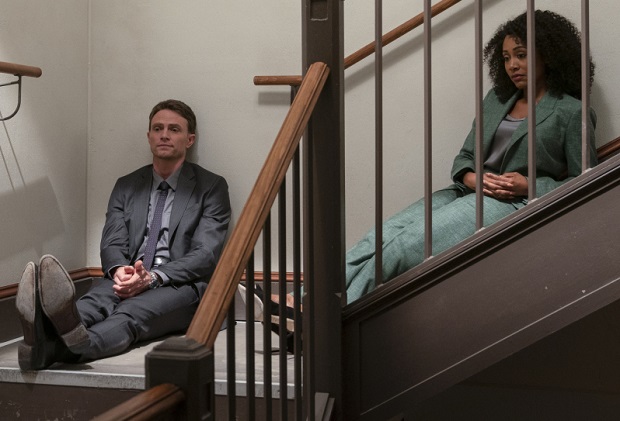 TVLINE | Can you talk about creating one of Mark and Lola’s iconic stairwell conversations under such different circumstances?
SPOTTISWOOD | [Laughs] That was so much fun, because when we wrote the stairwell scene, I don’t think we knew that they had staircases [in their homes]. We knew that was the spirit of it. It’s a bit of a blur, but what I do remember is when we were doing the Zoom read-through, Simone and Wilson immediately stood up and instinctively walked to their staircases in their homes, and it just basically stopped the whole thing as we burst out laughing and just loved it. So it then became a keeper. So there’s a spoiler alert: We’re gonna see them walk to their staircases.