A Parks and Recreation reunion special is fast approaching, but do you recall exactly what your Pawnee favorites were up to and where they were living back in 2017? Knope, you say? Well, we are here to help.

As announced earlier this month, the cast of NBC’s Parks and Recreation — including Amy Poehler, Nick Offerman, Rashida Jones, Aziz Ansari, Adam Scott, Rob Lowe, Chris Pratt, Aubrey Plaza, Retta and Jim O’Heir — reunited to record a one-off scripted special, to raise money for food banks during the coronavirus crisis. The half-hour A Parks and Recreation Special airs this Thursday, April 30 at 8:30/7:30c, and finds “Pawnee’s most dedicated civil servant, Leslie Knope, determined to stay connected to her friends in a time of social distancing.” 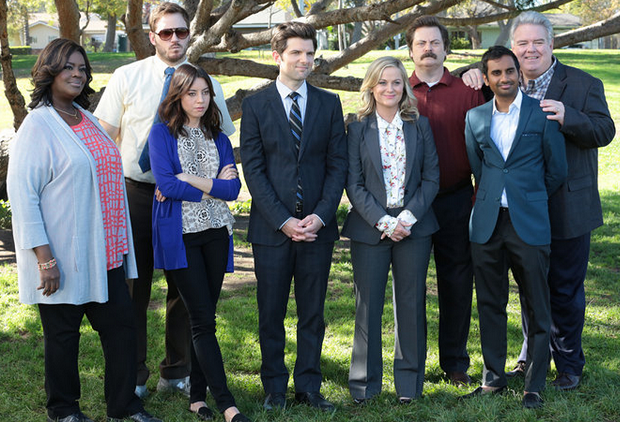 In TVLine’s Parks and Rec Refresher (click here for direct access), we breezily recap the last known pre-2020 whereabouts of every major character, as well as offer up some mostly serious predictions about how each of them will be coping during the current pandemic. If you’re fuzzy at all on who was still in Pawnee and who had moved on, be sure to flip through our gallery before Thursday.

The money raised by A Parks and Recreation Special will go to Feeding America’s COVID-19 Response Fund, which enables food banks to provide food and resources to “the most vulnerable members of the community during this difficult time.” NBCUniversal, the Parks and Rec cast, and sponsors State Farm and Subaru of America will match donations up to $500,000 as well.