As NCIS: Los Angeles brought its 11th season to an early close on Sunday night (two episodes were left unfinished), the team appeared to acquire a new adversary. Will that new threat still loom when Season 12 rolls around?

Following a cold open set in Kandahar, in which a SEAL Team chief goads his team into posing for a “deer photo” with a slain prisoner, Lt. Colonel McKenzie summons Sam and Callen for a secure video briefing. Mac explains that SecNav has asked her to run point on an investigation into two SEALs’ allegations that Special Warfare Chief Petty Officer Thomas Argento murdered an unarmed, unconscious and injured Taliban prisoner, in cold blood — which, if true, constitutes an international war crime. Is Sam, a “legend” among SEALs, prepared to go after one of his own?

Argento, we learn, has served three tours and is considered a bit of a war hero. Curiously, while not trained as a sniper, that is how a lot of his kills come by — meaning, with no spotter. Oh, and his wife is related to a U.S. senator, which is a bit unusual, for a SEAL to have D.C. connections. Brought to the boat shed, one of the accusing SEALs, Barr, says that he won’t testify alone, that he assumed others would come forward. The other accuser, Kendrick, meanwhile is MIA. Callen tells a conflicted Sam that “if you wanted this to go away, now is the time,” but as Sam tells FBI agent Rountree (who was stopping by for “paperwork day”), “The truth is all that matters.”

Kendrick is tracked down by Kensi and Deeks at a motel, where he reveals that he has received threatening texts suggesting that people are out to silence him. He also discloses that Argento not only killed that prisoner in cold blood, but civilians, too, have landed in his cross hairs. Reunited, Barr and Kendrick agree to give statements, but only if afforded immunity. Mac, though, will need to run that up the chain of command before signing off. JAG, though, promptly nixes any such deal.

Sam, Callen and Rountree make tracks for Afghanistan, where upon arriving they are warned by Navy SEAL Senior Chief Frank Wallace that Argento is likely tracking their every move; as such, they shut off comms and go dark. When Jawan, a reported witness to one of Argento’s war crimes, lands on the guys’ radar, Rountree gives chase, eventually leading him and the others into a bit of a trap, as they are quickly surrounded in a cellar by armed locals — including the vengeful father of the prisoner killed by Argento. He is itching to turn the Americans over to the Taliban, but Sam turns the conversation around to hearing the whole story. Jawan then details how after bombing a building, Argento’s team found an injured prisoner. After Barr treated and sedated the man, Argento ordered body cams off, after which he stabbed the Afghani again and again. Back at NCIS, meanwhile, Barr and Kendrick go off the record with Deeks and Kensi, revealing that Argento also once shot an old man in the back from long range, as well as a young woman who was out with her friends — all for no good reason.

Apprised of the new intel, Mac remarks that the case evokes that of (the real world’s) Chief Petty Officer Eddie Gallagher. And because Argento’s wife’s cousin is a senator, “We’re about to cross a minefield,” she warns. “We can’t make a mistake on this..” 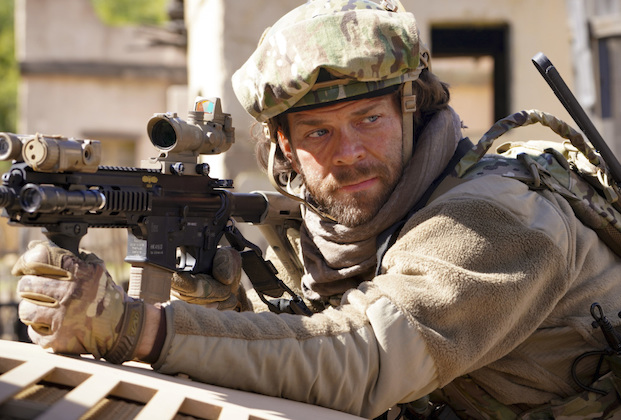 Back in Kandahar, Callen and Sam argue that they can get justice for their captor’s murdered son, if allowed to go free. Argento meanwhile realizes that the NCIS investigator’s are in the building’s cellar. He lies to his team about the situation and orders an assault, declaring “no one gets out alive.” When one of Sam and Callen’s captors yells to the outside, “We have Americans!,” Argento tells his team the man is simply bluffing. Wallace recognizes Argento’s team from the cellar window, at which point Sam has himself led outside, waving a white flag. Argento again tries to reframe the situation and launch what would be a bloodbath, but when push comes to shove, one of his men draws the line and tells the chief to stand down. Sam then comes forward and cuffs Argento, while reading him his Article 31 rights.

While Barr and Kendrick sign their statements, Sam and Callen take sworn testimony from the other team members. Sam and Callen then invite Rountree to join the team, but he says he’ll need some time to think about, because he “doesn’t take joining a family too lightly” — though you sense his yes is inevitable.

Sam then spots Argento, in custody, and pulls him aside for a moment. “You know you’re going down now, right?” says Sam, explaining, “Nothing you’ve done here has anything to do with being a warrior, a SEAL, or being an American.” Argento scoffs, “You’re never gonna convict me,” to which Sam says, “We’ll talk after the trial.”

Is Argento right in his stance? Might his connections in D.C. finagle his freedom? “Argento has no intentions of going down without a fight — even if it means taking everyone else with him,” NCIS: LA showrunner R. Scott Gemmill tells TVLine. “He still has some dirty tricks up his sleeve which threaten to destroy the case against him along with more innocent lives.”

With what would have been Season 11’s final two episodes getting rolled into Season 12, Gemmill previews that at some point, “Our guys get sucked back in to help Mac, and find themselves racing against the clock to prevent Argento (played by Good Behavior‘s Juan Riedinger), and those secretly working on his behalf, from getting away with murder.”