One of the few questions that was left unanswered by Thursday’s series finale of Will & Grace — who is the father of Grace’s baby? — has now been answered. Well, sort of.

Speaking with our sister site Deadline, the long-running NBC comedy’s creators David Kohan and Max Mutchnick revealed that they knew exactly who ought to be passing out cigars. That they didn’t let viewers in on the secret, Kohan said, “was intentional.”

How come? Turns out, they couldn’t get the W&G alum that they needed for the episode in which they wanted to clarify the baby’s paternity. “It’s not one of those guys that you met [in Episode 2, ‘Pappa Mia’],” said Mutchnick. “There’s a backstory that we’re not going to share. Something else happened. It wasn’t an immaculate conception, but she did leave out one person she was with in Europe, and that’s who the father is. There was a scheduling issue that made it impossible to happen.”

Best Series Finales of the Decade 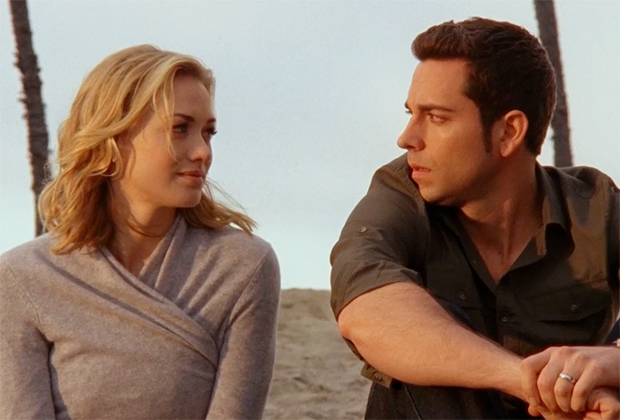 Still, the duo was willing to divulge a big hint. Teased Mutchnick: “We had decided creatively that a past lover of hers was the father, and she saw him in Europe.”

That narrows it down the field of candidates. So, which old flame of Grace’s do you think she hooked up with while she was overseas? Leo (Harry Connick Jr.)? Noah (David Schwimmer)? Nathan (Woody Harrelson)? James (Matt Letscher)? Marcus (Reid Scott)? Or someone else? Hit the comments with your best guess.