Warning: The following contains spoilers for Wednesday’s Chicago Med finale. Proceed at your own risk!

Is Ethan and April’s cold war thawing on Chicago Med? During Wednesday’s makeshift season finale, the exes found themselves potentially on the verge of reconciliation. Meanwhile, two other pairs grew even closer as secrets were exposed.

Let’s review the state of Med‘s most troubled couples and one would-be couple, with scoop from showrunners Diane Frolov and Andrew Schneider on what comes next:

ETHAN/APRIL | At the start of the episode, April announces to Ethan — who’s been MIA from the hospital while doing ride-alongs with the medics — that she’s moved out of his place. That news is met by stoicism and a simple “thanks” from Ethan, who later gets caught up in the middle of a dangerous situation on his ride-along. There’s an injured little boy in the middle of a hostage situation, so Ethan rushes into the convenience store that’s being held up. While treating the boy, Ethan tries to talk down the gunman, who feels he’s screwed up so many times in his life that he never does the right thing. Ethan tells him he knows how that feels, having blown it with someone he cares about. Ethan convinces him to surrender and do the right thing for once. Outside, a frantic April hugs Ethan and reveals she’s never been more scared than when she saw S.W.A.T. go into the building. Just as Ethan is about to reply, he’s called over by the authorities to give a formal statement. Even though the pair has yet to have a full discussion about what happened with Crockett, “the two of them care deeply about one another, so there’s still the possibility of a romantic relationship between them,” Frolov and Schneider tell TVLine. 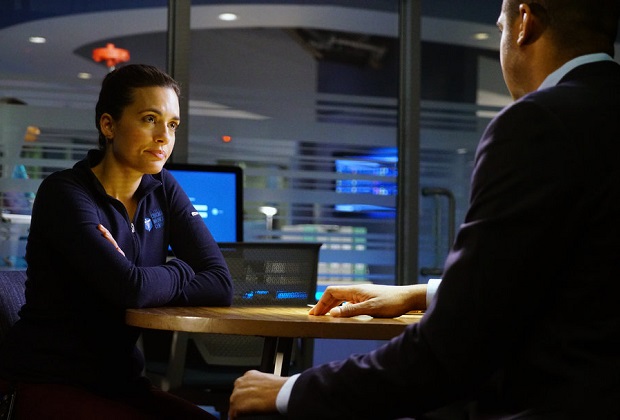 CROCKETT/NATALIE | Two detectives from Crockett’s old New Orleans neighborhood show up at the hospital looking for the doc. They’re investigating a cold-case murder, and his DNA was found on the victim. Natalie can’t believe that Crockett would do something so awful, so while he’s in surgery, she seeks out his old med school buddy, who reveals that Crockett went through a personal tragedy back then: His baby died of leukemia not long after turning one. That makes Natalie realize that if Crockett donated bone marrow — and he did, he confirms — that the recipient might have inherited his DNA and is the real killer. The cops agree to look into the theory, so Natalie basically saves Crockett’s behind from going to jail. He asks her to keep what happened to his child under wraps, lest people start to treat him differently. Now that Natalie knows the doc’s secret, she “has a deeper understanding of Crockett, and this will allow them to become much closer,” Frolov and Schneider preview. “At first, it’ll make him more closed off, but as their relationship deepens, he will open up to her.” 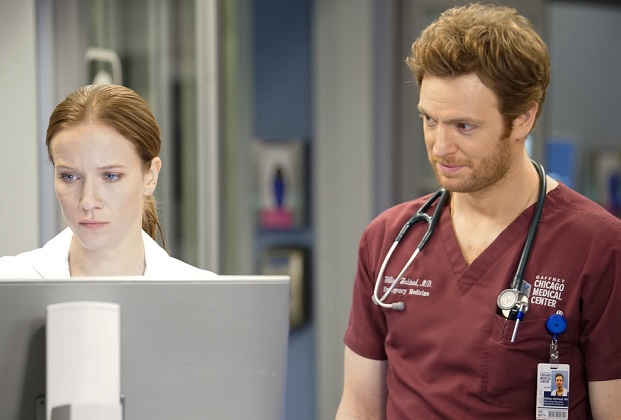 WILL/HANNAH | Will wakes up to find Hannah already up and ready to head out the door to an NA meeting — but she accidentally leaves her phone behind. While he’s treating a drug addict at the hospital, Hannah walks into the room. Turns out the patient is her ex-boyfriend, whom she claims called her for help when she went to her meeting. Will then hands Hannah her cell phone. Has she been caught in a lie? Hannah later insists that she knows how this looks, but she really did go to a meeting, and her ex called one of their mutual friends. “I believe you,” Will responds, much to Hannah’s own surprise. “As Maggie said, ‘You trust people. That’s a good thing,'” Frolov and Schneider note. “Still, Will has always been an impulsive guy, and sometimes, he acts without considering the consequences. That will certainly be the case with Hannah,” whom he’s been dating against the advice of Dr. Charles.

Med fans, what did you think of the season ender? Grade it below, then hit the comments!