Chicago Fire wrapped up its coronavirus-truncated eighth season on Wednesday with an episode that clearly wasn’t meant to be the season finale, but still left viewers with some big questions, mainly: Is Foster leaving ambo behind?

After getting some praise from Chicago Med‘s Will last week, Foster reveals to Stella that she wants to go back to med school. In fact, she’s already reapplied to Northwestern and has an interview coming up, but she’s worried about abandoning Brett during a difficult time. Stella says she can’t tell her what to do, and the person she should be talking to is her roomie. Unfortunately, Will beats Foster to the punch, spilling the beans while the paramedics are at the hospital. Foster wants to talk about it, but Brett is upset and exclaims that it sounds like Foster has already made up her mind. 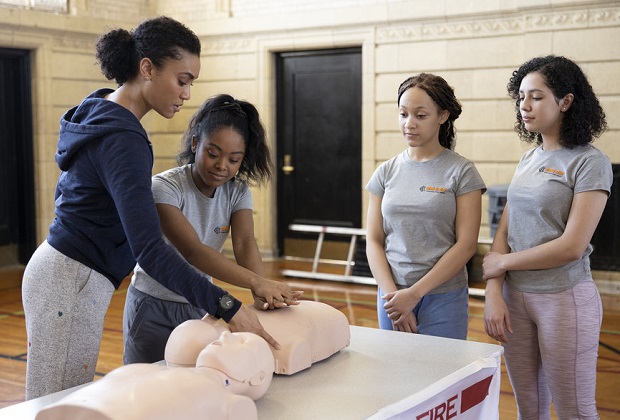 At her interview, Foster gives an impassioned speech about how the mistake she made was the best thing that ever happened to her, because it brought her to Firehouse 51 and made her a better person. And speaking of good people, Brett is waiting outside for Foster to make amends. As for whether Foster got into Northwestern, the interview committee will let her know eventually. “They’d be lucky to have you,” Brett says.

Elsewhere, Capp is injured during a chlorine explosion and is at risk of losing his eyesight. When Casey and Severide go to check on him at Med, Will reveals that Capp refused treatment and took off. Will is required to report his actions to CFD, but Casey and Severide convince the doc to give them a day to sort out what happened. The firefighters find their colleague at his home, where Capp is resting his eyes in the dark. They eventually convince him to go back to the hospital, where Capp is cleared to work in a couple shifts. After eight seasons, the storyline finally gives Capp a moment in the spotlight. “I always joke with Randy [Flagler] that a little Capp goes a long way,” showrunner Derek Haas tells TVLine. “It felt, after eight seasons, that we could see where Capp whittled away his time when not at the firehouse.”

* Gallo makes a mess of things with Violet. He told her they should keep things casual and see other people, but when she gives him the cold shoulder and says she has a date, he’s not happy. He goes to the worst possible crowd for advice: Herrmann, Mouch and Cruz. No offense, fellas, but Gallo really should have sought out his female colleagues. Gallo and Violet later have an argument, which ends with Gallo exclaiming that they should get married — that was newlywed Cruz’s advice — much to Violet’s befuddlement. 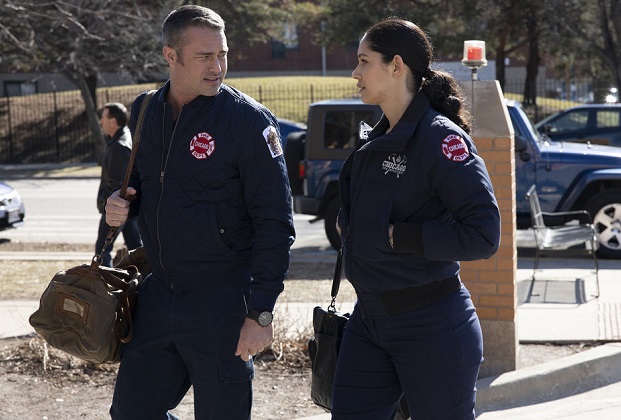 * Stella becomes concerned about one of her Girls on Fire students, and Severide encourages his girlfriend to follow her instincts and call the girl.

* Scott tells Brett that he and baby Amelia are moving back to Rockford, but he wants Brett to be a part of her half-sister’s life. She vows to visit them as much as possible.

Fire fans, what did you think of the season ender? Grade it below, then hit the comments!