Warning: The following contains spoilers for Tuesday’s New Amsterdam finale. Proceed at your own risk!

Talk about bad timing: On New Amsterdam‘s makeshift Season 2 finale, Max broke up with Alice, telling her that it isn’t fair to their kids to pretend to be a family when he’s still grieving. And should Max one day be ready to start a new romance, Helen might not be available, because she ended the episode with the hospital’s new trauma surgeon Dr. Shin (played by Daniel Dae Kim)!

Elsewhere, Dr. Kapoor lamented to chairwoman Karen Brantley about how no one takes the desires of people their age seriously, prompting her to text him to call her sometime. Ooh la la! Meanwhile, Dr. Bloom took a small taste of the hospital’s morphine to figure out why it was causing their patients to crash.

Below, showrunner David Schulner weighs in on the state of Max and Helen’s feelings for each other, as well as that significant “I did it for you” scene, and previews how the real-life coronavirus pandemic will impact Season 3’s storylines.

TVLINE | Obviously, this finale wasn’t intended to be the season finale. How does it play into what you were planning to explore in the original finale?
I’ll state the obvious: After Max breaks up with Alice, we see Sharpe on the arm of another man. So whether Max thought he was ready to move on with Sharpe, or whether he realized he was not ready to move on at all, was probably the reason for the breakup, only to have Sharpe become potentially unavailable right at the moment that he is technically available.

TVLINE | The timing of that was not lost on me.
[Laughs] Good. And having it be the season finale, it really does put an exclamation mark on it rather than seeing that happen and then immediately scenes from next week.

TVLINE | Is Max and Helen’s timing just completely off?
It definitely seems that way. 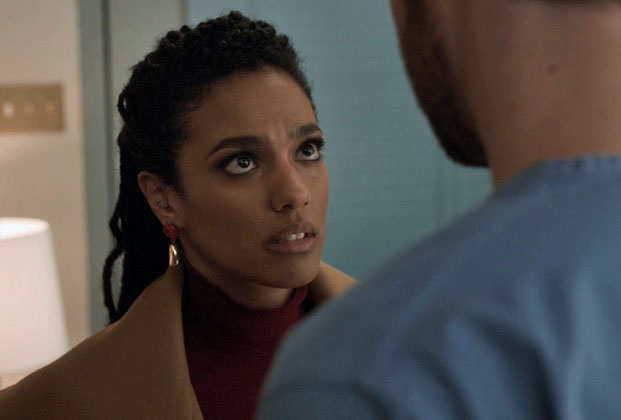 TVLINE | There was a Max/Helen scene in a previous episode, “Perspectives,” that was so loaded in the dialogue and the silence and even just the way Max moved towards her. When he stopped short of kissing her, did she take that as a sign to move on, and that’s what she’s doing now with Dr. Shin?
I think so. Freema [Agyeman] and I talked about what that moment meant. She and Ryan [Eggold], what they communicated in that silence… There was dialogue written in those moments, but we took out all the dialogue because they didn’t need it. They were able to just play that moment without any words. I think the way Freema played that moment was she realized that Max wasn’t ready to move on, that Max couldn’t move on. It took Max a couple episodes to realize that, and that’s what ended his relationship with Alice. Sharpe realized Max wasn’t ready before Max realized it. Max wanted to be ready. He wanted to be ready with Alice. He wanted to be ready with Sharpe. But he wasn’t. And that was a surprise to both of them.

TVLINE | They never addressed what almost happened in that moment. Was that something that was still to come this season before it was truncated?
Definitely. Absolutely. Yeah, that was gonna be addressed. Yes, that moment will be addressed [next season]. But also, that moment was completely articulated for both characters: Sharpe knew Max wasn’t ready, Max was disappointed [and] surprised that he wasn’t ready, and they understood that. And to belabor it would have jeopardized their professional relationship. But you can only ignore it for so long.

TVLINE | Even though he broke things off with Alice, what did Max gain from that relationship that he will carry forward with him in any possible future romances?
That’s a great question. I think he learned that he has to take it slow. It pushed him in directions he wasn’t ready to go, owning this emotional roller coaster he was on. He got himself into a little trouble, but that’s what grief does. It’s not easy. It’s messy, it’s complicated. One minute, you think you’re OK, and the next minute, it all comes flooding back to you. But his relationship with Alice was just a natural progression of his grief and him wanting to be better. But just because you want to be better doesn’t mean you are. 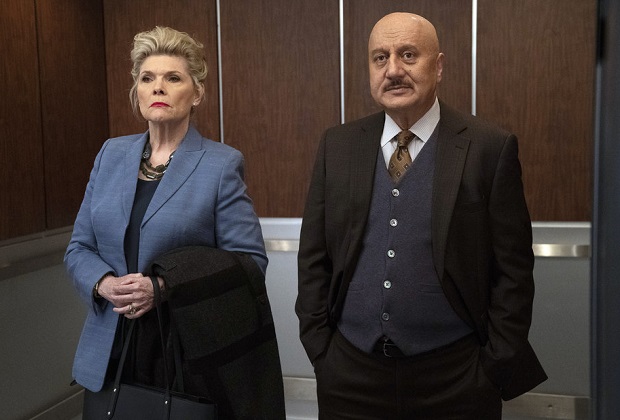 TVLINE | I also want to touch on a couple other storylines from this finale. Are we going to see a romance between Dr. Kapoor and Karen? Is that something you intend to explore?
I would love to see that. We were definitely heading in that direction, but honestly, I’m not being coy when I say this pandemic has interrupted the real world. Because we’re a hospital show set in New York, it would be irresponsible to pretend this didn’t interrupt our world of New Amsterdam. We’re a show about health professionals and a public hospital in Manhattan, and I think they have to go through what the real-life doctors in New York are going through now. This has to be a part of our world, or we lose the sense of intimacy and realism that we strive for. I think all our clever writer plans are thrown out the window, and we have to adjust. Our characters have to adjust. We have to take our cue from the real world, which is telling us, “All your plans are on hold, and everything you want to do has to be rethought, and the idea of getting back to normal is going to be a lot harder than flipping on a switch.” 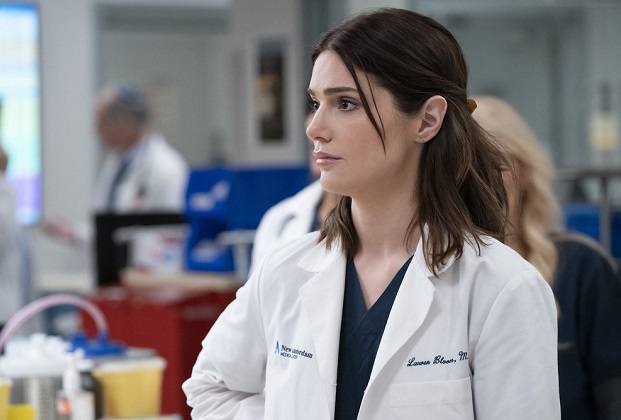 New Amsterdam fans, what did you think of the season ender? Grade it below, then hit the comments!