The “regular guy/gal and famous person date” rom-com club (see: Notting Hill, Win a Date with Tad Hamilton!) got a new member on Monday with ABC’s premiere of The Baker and the Beauty — but was it love at first sight for you?

Based on the Israeli series, the remake stars Victor Rasuk (Tom Clancy’s Jack Ryan, How to Make It in America) as Daniel Garcia, a regular Joe who works at his parents’ Cuban bakery in Miami. On the night that his girlfriend Vanessa (Gotham‘s Michelle Veintimilla) proposes to him in extremely horrifying fashion by singing Taylor Swift’s “Love Story” in the middle of a fancy restaurant, Daniel bumps into Noa Hamilton (Dynasty‘s Nathalie Kelley), a model-turned-fashion mogul who is coming off a highly publicized split with her cheating actor boyfriend. In the bathroom, Noa overhears Daniel talking to a picture about how whether he proposes soon or not, he’s screwed either way.

“If you have to talk yourself into something, maybe you should just stop talking,” Noa advises Daniel. So when Vanessa pops the question, Daniel turns her down in front of everyone, and she, in turn, dumps his soup all over him before declaring to the onlookers that she can cook, has her own business and is officially on the market. 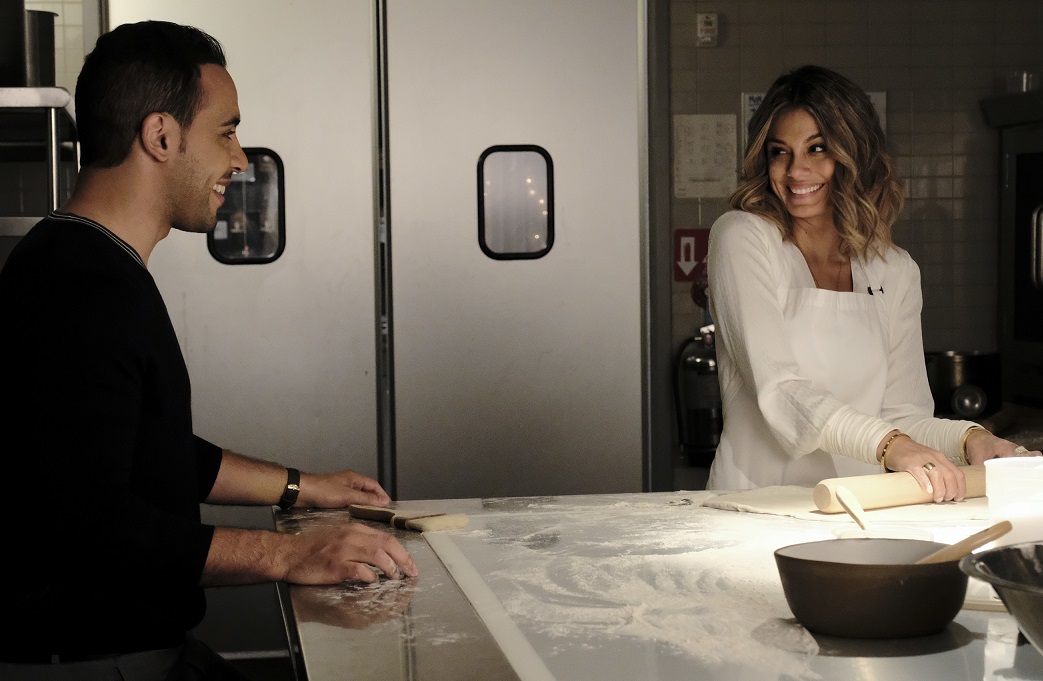 Outside the restaurant, Noa offers Daniel a ride, along with three wishes — and a night he’ll never forget. They start by rappelling down the side of a building to spray-paint an ad featuring Noa, whose father used her image without her approval. Then the two bond and giggle and bake dessert before heading to a nightclub for some flirty dancing.

Daniel’s family can’t believe he’s out with Noa, but it’s all over her social media, so it must be true. And to confirm it, Daniel puts Noa on the phone with his younger sister Natalie (Belissa Escobedo) as his second wish. (His first wish was simply for a new shirt to replace his soup-stained one.) The wholesome wish further charms Noa, whose ex wished for a threesome with her best friend for his birthday. Noa reassures Natalie that if she’s even half as charming as her brother, she’ll make friends at her new school. When Daniel grabs the phone back, Natalie insists, “Don’t talk to me. Talk to her. She likes you.” 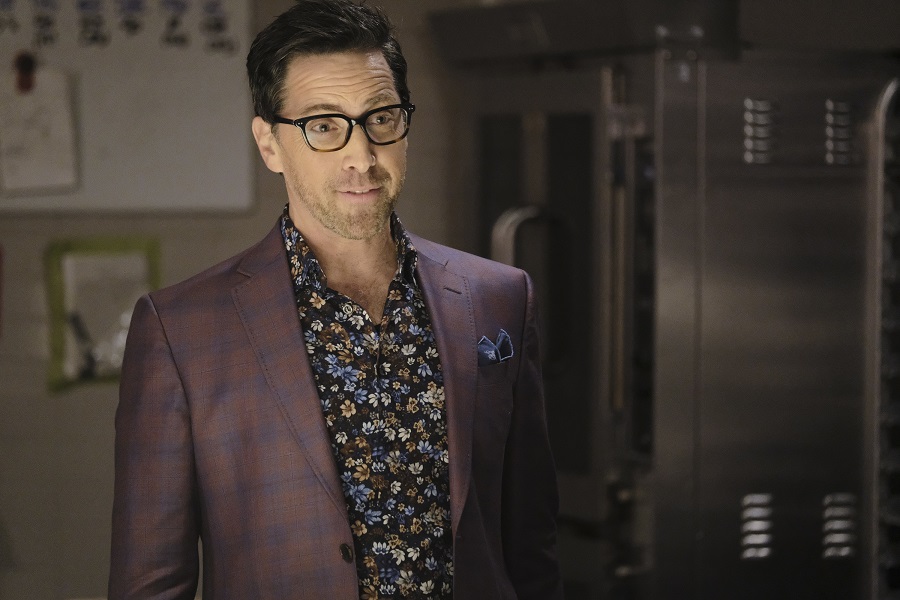 But is it for real? Noa’s manager Lewis (Scandal‘s Dan Bucatinsky) warns Daniel that Noa does this after every heartbreak. She meets normal guys, takes them along for the ride and then quietly has Lewis return them to their reality. Daniel storms out of the club and heads home, where he finds a huge line outside the family bakery, thanks to Noa’s hashtags. Vanessa’s phone is also blowing up with photos of Noa and Daniel’s night out. While Vanessa goes on a rampage, looking for Daniel — seriously, someone get this woman a clue — Noa shows up at Daniel’s home. “I still owe you a wish,” she announces.

What did you think of The Baker and the Beauty? Grade it below, then hit the comments to back up your pick!