Friday’s episode of Charmed (The CW, 8/7c) is a biggie for Rupert Evans, both on screen and behind the camera. The penultimate hour of Season 2 marks Evans’ directorial debut, and TVLine has an exclusive first look at the Whitelighter’s creative process.

Last week’s episode ended with Macy finally confessing her feelings to Harry… only to discover that his time as the Faction’s prisoner has left him with a bout of amnesia. (D’oh!) Here’s what we can expect from Friday’s follow-up, per the official synopsis: “An urgent problem leads Mel and Maggie to seek help from their father, while Macy discovers a shocking secret about her past.”

Like every other broadcast series, Charmed was forced to shut down production last month in response to the coronavirus pandemic. According to the show’s writers, the cast was in the middle of filming Episode 20 when the shutdown occurred, so only 19 episodes have been completed. Evans directed Episode 18.

Unfortunately, we had to shut down in the middle of Ep 220. We are on track to air through 219 🙏. Although the S2 story will not exactly be over, many questions will be answered! The remaining episodes will air at the beginning of S3 (is the plan!) #charmed

So while the May 1 episode may not feel like an official season finale, the writers promise that “many questions will be answered.” At this point, we’ll take the win.

Scroll down for more exclusive shots of Evans in full-blown director mode, then drop a comment with your hopes for the final episodes of Season 2 below. 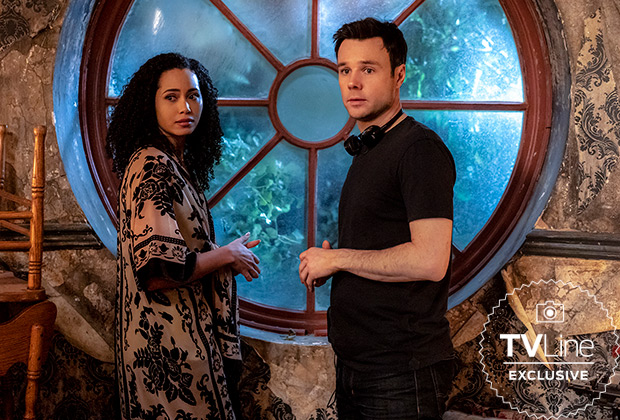 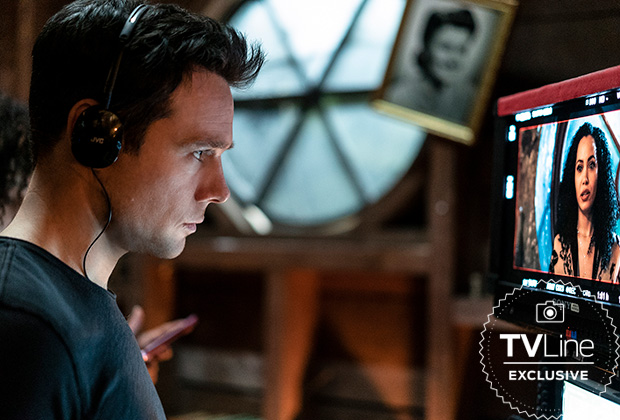