Here’s some killer news to start your weekend: Dead to Me now has a return date at Netflix. The dark comedy’s second season will drop on Friday, May 8, TVLine has learned.

Dead to Me — which made our list of the best comedies of 2019 with its first season — stars Christina Applegate as Jen, a cynical widow who strikes up a friendship with Linda Cardellini’s Judy, a woman in her grief support group. Though a series of twists threatened to end their friendship for good, the Season 1 finale (spoiler alert!) found the women reuniting after Jen murdered Judy’s love interest, Steve (played by James Marsden).

Per the official Season 2 synopsis, Dead to Me will resume where that cliffhanger left off: “Picking up in the aftermath of that bloody backyard reveal, the irrepressible pair once again struggles to keep their secrets buried. With a surprising new visitor in town and Detective Perez hot on their heels, Jen and Judy take drastic measures to protect their loved ones and each other — no matter the cost.”

Netflix has also released a teaser trailer for Season 2, which will consist of 10 episodes. Press PLAY above to view the promo, then scroll down to see a new poster for the upcoming season. 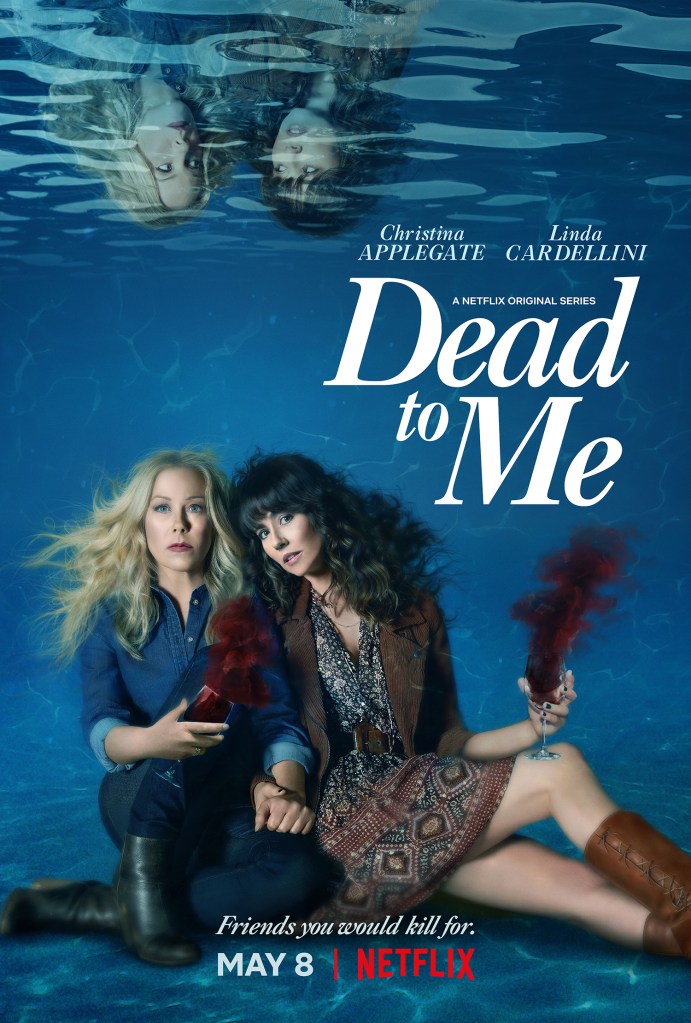