Note to Chicago Fire‘s Cruz: When the chief offers to have a floater sub in for you on your last shift before your wedding, you take it! Don’t dismiss the idea with talk about how a shift is just what you “need to keep the wedding nerves at bay.” Because those nerves become the last of Cruz’s worries during Wednesday’s episode after a group of protesters chain themselves to Firehouse 51’s trucks in an effort to get their own community’s fire station reopened.

To keep the peace, Boden orders his crew to stand down and let the protesters be. While Severide and Cruz work on a way to potentially cut through the chains should the police ask for their assistance, Herrmann tries to reason with the protesters’ ringleader, telling him that they aren’t happy about the cutbacks either. He adds that leaving 51 unable to answer a call and putting innocents at risk is not the way to make a point. The leader says they had no choice after their calls went unanswered and higher-ups refused to meet with them. He then asks Herrmann how he had made his point in the past, to which Herrmann replies that he lit a couch on fire. Touché. 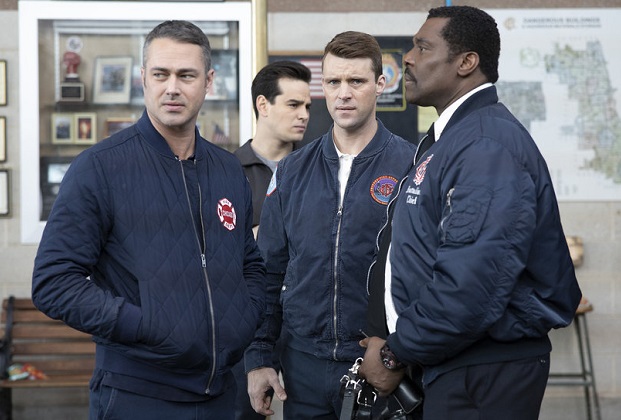 While there are no flames, what starts as a peaceful protest escalates when a bunch of supporters storm the firehouse and take over the common areas. Cruz, who’s already sad that his BFF Otis isn’t there for his wedding, is especially upset when the onlookers outside start climbing on Otis’ memorial. Casey attempts to diffuse the situation by getting the community’s alderman to come talk to the protesters, but the politician just keeps dodging the group’s questions and offering vague promises. Then the ringleader suddenly passes out, forcing Severide and Cruz to cut him free, while Brett and Foster work to save his life. The latter paramedic performs a risky procedure on the man’s arm, garnering props from Chicago Med‘s Will, who tells Foster that she missed her calling. 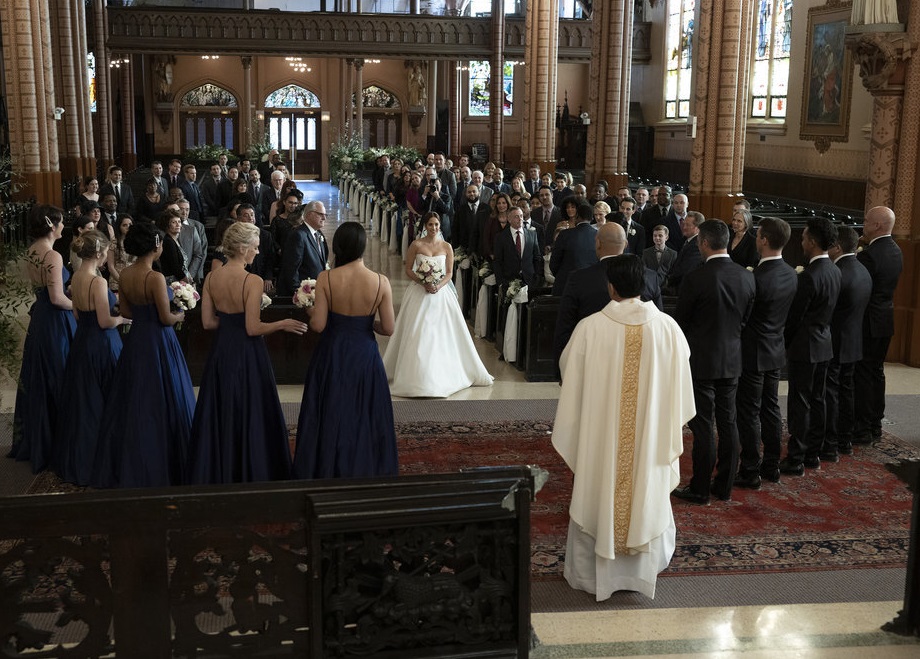 As things get more heated in the firehouse, one of the supporters puts his hands on Severide, prompting a fight to break out, during which Cruz takes a nasty bump to the head. He doesn’t have a concussion, but he does have to get stitches. So if Chloe was worried about Cruz’s face being puffy in their wedding photos from too much bachelor party indulgence, he’s really got a problem now, right? When Chloe walks down the aisle and spots the small bandages above her future husband’s eyebrow, she stops in her tracks. “I’m so sorry,” Cruz mouths, but she simply mouths back, “I love you.” Awww. And in more good news, the alderman changes his mind after Ritter and Gallo make an inspirational social media video highlighting how “we’re all in this together.”

Meanwhile, Brett gets a shock when her biological mother’s husband Scott tells her that he can’t take care of the baby on his own. Either Brett needs to take her new half-sibling, or he’s going to give up the child for adoption. Casey discovers an emotional Brett in his office, where she was seeking out some privacy. She tells him about Scott’s bombshell, and Casey reassures her, “Whatever you decide, I’m here.” Brett finds Scott pacing at the hospital and convinces him that he will always wonder “what if?” if he gives up the baby, and that what the child really needs is a loving father like him.

Chicago Fire fans, what did you think of the episode? Hit the comments!