Syfy will sate your need for bingeable quarantine fare by serving up full-series marathons of both Xena: Warrior Princess and Battlestar Galactica, to be hosted respectively by Lucy Lawless and Tricia Helfer.

Making its Syfy network debut, Xena‘s six seasons (totaling 134 episodes) will begin unspooling April 16, airing eight to 10 episodes every Thursday morning and afternoon (exact scheduling is TBA). Lawless will provide wraps for the marathons, which will be presented by Syfy Fangrrls and also feature surprise guest appearances. (The complete Xena series is available to stream now via Syfy.com and NBCU’s OneApp.) 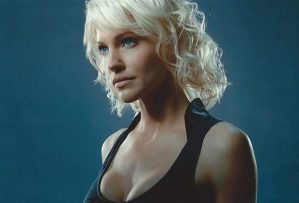 Battlestar Galactica fans, meanwhile, can look forward to revisiting the two-part miniseries… all four seasons (including 76 episodes plus the movie Razor)… and the final movie, The Plan, in a nonstop, three-day marathon airing Monday, April 20 at 12 am ET through Thursday, April 23 at 9 am. Helfer will host the marathon, which will be presented by Syfy Wire with custom content and surprise appearances throughout. (BSG is also available to stream now ia SYFY.com and NBCU’s OneApp.)