For SEAL Team‘s deployment to J-Bad, Bravo 6 pulled double duty, as cast member Max Thieriot also stepped behind the camera to direct his first episode of the CBS drama.

Having years ago helmed an episode of Bates Motel (where he played Norman’s half-brother Dylan), Thieriot tells TVLine that doing same for SEAL Team was something he discussed when first enlisting with the high-octane drama. “Finally, the opportunity came up this season,” he shares. “They were like, ‘Hey you got [Episode] No. 17,’ and I was like, ‘OK!’

“And then I sat there and basically hounded them before Christmas break, about getting me a script,” he adds with a laugh, “so I could see it as soon as possible.”

This Wednesday at 9/8c, SEAL Team fans will get to see Thieriot’s handiwork, as Bravo deploys with many of its team members juggling personal dilemmas, while Sonny deals with past demons back home in Texas. Here, Thieriot previews all that and more. 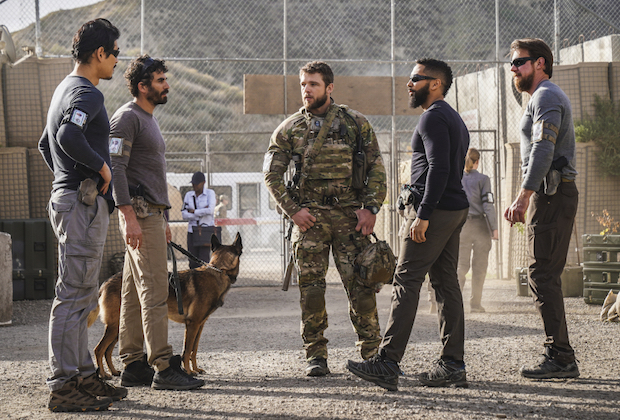 TVLINE | What was the biggest challenge that this script presented for you as the director?
For me, this script is like a mini-pilot in a way. We’re back on deployment and it introduces three or four important new characters, so it establishes the world, per se, for the back half of the season. That was obviously challenging, in that it’s not a standard SEAL Team episode where we get a brief, we go on a mission and we come home. There was a bit of pressure with that. Also, there’s not tons of action, and it’s easy to throw a little “smoke-and-mirrors” if you have a lot of action to show people. Blast ’em with explosions and fires. But that doesn’t really take place in this episode. It’s a character-driven episode.

Also, I wanted to really create the feeling that we had in Season 1 when we were on deployment, where this was this dirty, dustry, gritty feel to everything. And because they built some new sets out there, I wanted to give a “big” feeling to it, so we could really feel the size of this base. That’s the hardest thing about directing on television in general — I was joking with David Cook, one of our editors who directed this season, and he was like, “If you were to write a book about directing TV, it’d be titled The Art of Compromising.” You have to get so much done in a short period of time, it’s not a huge budget, so it’s challenging. 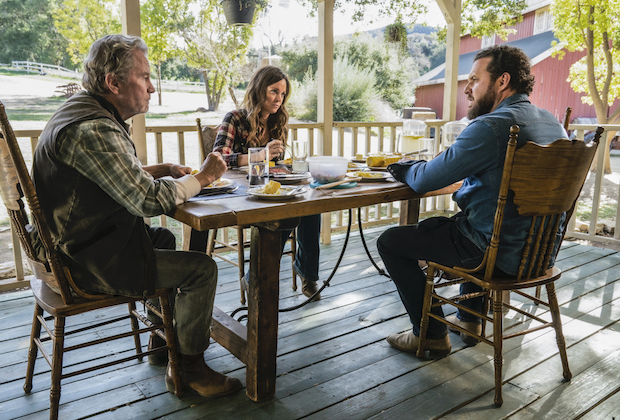 TVLINE | Of course Sonny is now back home in Texas, serving out his “punishment” for the bar brawl. Where did you shoot for Texas?
We shot out at Ventura Farms [in Thousand Oaks, Calif.]. We went and looked at different places, and there was one place that was cool and maybe a little more “sad,” but it was very close to where we film all of our Afghanistan stuff, so I was like, “No, it has to feel different.” The other thing that some people hemmed and hawed about at first was, “Well, Sonny’s dad is supposed to be losing the ranch and this place looks too nice,” but for me, growing up in a farming community, just because people don’t have money doesn’t mean they don’t have pride. That was my argument for that, and it ended up looking good, I thought.

TVLINE | What is the general mood of Sonny’s scenes, as he reconnects with both his father (played by Carnivale‘s John Savage) and childhood friend Hannah (Witches of East End‘s Rachel Boston)?
It’s mixed at first. She feels a little betrayed, because Emmet is the only dad she grew up with, and he basically up and left and didn’t really say goodbye. She feels like, “What kind of friend does that to a friend?” But also, because Sonny’s relationship with his father is very troubled and difficult at this time,he sees how she interacts with his dad, and that’s one of those moments where we — and Sonny — see her in a different light. There are some really great scenes where she helps Sonny a lot.

TVLINE | Usually an actor is played “light” before the direct an episode, so they can prep, but I didn’t really notice Clay “missing” in recent weeks….
I unfortunately wasn’t very light. And I was expecting that to happen! [Laughs] I kept waiting for that, too.

TVLINE | They couldn’t send Clay and Rebecca (Adelaide Kane) on a weekend trip to the Outer Banks or something?
Yeah, I was like, “Guys, you know…?” And they were like, “No, sorry.” And I was pretty heavy in 16, which was during my prep, so it was tough, man. It was a battle. But the crew, the camera department, the cast, the writers… everybody across the board got on board and fought for me. There were things that I was super adamant about, and they were like, “If that’s what you want, we’ll do it.” I’m not really interested in coming in and directing just to get a directing credit. Like, I want to come in and do the work, and they were very cool about letting me do what I wanted to do.

TVLINE | When last we tuned in, Davis’ gut was telling her that things in the Afghan region have been a little too quiet. Will her instincts prove correct?
Here’s the thing: It wouldn’t be SEAL Team if all of deployment we were just sitting around the base throwing horseshoes! 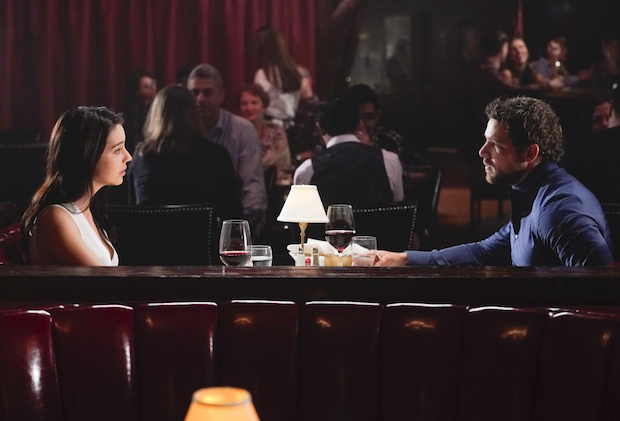 TVLINE | How might deployment affect Clay’s current thinking about switching to the admiral track? He kind of committed to that last episode.
I think this entire deployment — for not only Clay, but for Sonny, for Jason, for Ray — is really about everybody sort of finding themselves. The team is really at a weird place right now, because it’s not gelling like it usually does. Everybody is sort of “half in,” because they also have something very big happening in their personal lives. A big part of this deployment is these guys trying to figure out who’s getting back in touch with why they do the job that they do, and what makes them the guys that they are. Across the board.

TVLINE | Because I’m almost worried that with so many futures in flux, y’all are stealthily steering toward a series finale.
No, I don’t think that’s the case. These teams are always evolving, and the reality is that at some point in time we can’t all still be in the same position on the team. It’s just not realistic. The team is the team, but the team is evolving. We’re going to see the evolution of the team, but Bravo Team is Bravo Team.

TVLINE | In Clay’s mind, what are the pros and cons of Rebecca versus Stella (Alona Tal)? Like, is Stella still even in the mix?
I mean, we haven’t seen her recently, but Stella is never out of the mix. To be honest, I don’t even know the answer to this question, because I don’t know what’s going to happen. But my perception is that Rebecca is what Clay wants right now, and Stella will always be…

TVLINE | Maybe it’s that he loves Stella, but he loves the world that Rebecca offers?
I think that’s it on the surface, for sure. It’s not just about the “job” with Rebecca — I think he really is into her — but Rebecca sheds light on what Clay could be and what Clay could have. Whereas Stella will always be drawn to what Clay is.

TVLINE | We should all have Adelaide Kane and Alona Tal fighting over us.
I know, I know. [Laughs] What a terrible place to be in!

TVLINE | This season of SEAL Team, as with many shows, is coming up a couple of episodes short because of the pandemic shutdown. Will we still get any kind of cliffhanger?
I think so; we’re good about that stuff. I don’t know exactly how we’ll wrap everything up, since we finished up a hair short like you said, but I do know that the stuff we have from those episodes was pretty epic…. That’s all up to CBS to figure out, when and how we’ll finish them up. But these next few episodes are pretty awesome. There is some pretty cool stuff.