As The Voice dropped the curtain on Season 18’s Battle Monday nights, the fates of a whopping 16 singers were decided. Which contestants inspired Blake Shelton and Nick Jonas to use their Steals? Who’d Kelly Carlson turn out to be holding onto her Save for? And which wannabes wound up being given — all together now — “the dreaded montage treatment”? Read on and find out! 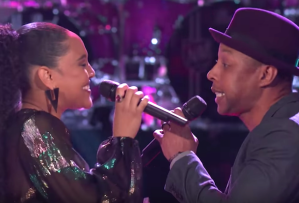 Team Nick: Arei Moon (Grade: B-) defeated Samuel Wilco (Grade: C) on “Missing You” | After the Jonas Brothers and Arei sang a quick “Happy Birthday” to Samuel, who was turning 40 on rehearsal day, the gang got down to the business of adding some R&B to John Waite’s 1980s classic. Interestingly, Nick wanted his team members to go forth and practice some more separately so that they could surprise each other on stage. Hmm… I was skeptical about the possibility of that working out. When at last the spotlight fell on the duo, well, Samuel and Arei definitely reinvented the song, just not entirely successfully. She seemed to struggle with her lower register before coming alive on the big, belty notes. Samuel, I’m afraid, didn’t make much of an impression at all. I wanna say that this number was messy and generally “off”; however, that might have just been my ears reacting to how far from the original melody they veered. A dubious start to the evening… 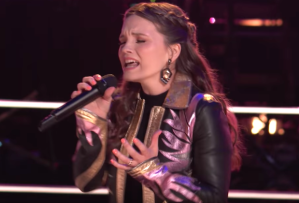 Team Kelly: Megan Danielle (Grade: A-) defeated Samantha Howell (Grade: B-) on “Top of the World” — Samantha saved by Kelly | Arriving for rehearsal with Megan, Samantha was particularly taken with her coach and advisor Dua Lipa. They’re so beautiful, she said, “they look like statues.” As the contestants ran through their Patty Griffin cover, Samantha impressed Kelly with her polish; Megan, with her rawness. If the latter could control that bare, emotional quality to her voice — especially never having had a singing lesson — she could really slay on stage. She certainly connected with the song (associating it with the father who’s tried to make amends). In the moment of truth, wow… Samantha looked so chill, I’d have believed she’d been playing the Grand Ole Opry for years. She didn’t always sound that way, though. (Even Blake dinged her on pitch issues.) Megan, on the other hand, just absolutely conquered the song. As Nick suggested, she made it sound like she was singing her story… which, in a way, she was. “When it counts,” Kelly added, “you fight.” No contest for me: Megan walked away with this one, had it laminated and now carries it around in her wallet as proof of awesomeness. 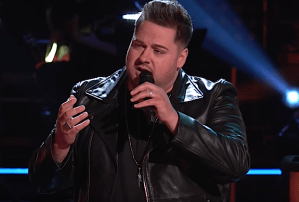 Team Blake: Todd Tilghman (Grade: B) defeated Jon Mullins (Grade: B+) on “Ghost in This House” — Jon stolen by Nick | Before the guys arrived for rehearsal, Blake chuckled to advisor Bebe Rexha that they were both gonna be sorry they were on his team, because the Shenandoah hit wasn’t really in either of their wheelhouses. But “you either step up to the plate,” he told the fellas, “or ya don’t.” As practice got underway, it sounded like they were indeed going to step up — they just had to, as Blake pointed out, remember that it was a sad song. On stage, both guys came out swinging, Jon singing with a languid smoothness that made him sound like a country Sam Smith. For his part, Todd sang more roughly and raspily (is that a word?) but really no less successfully. This was actually a tougher-than-usual Battle to call. But I would have gone with Jon. Likable as Todd is, and Joe Cocker-esque as he can get, his teammate’s performance was bigger, more memorable and demonstrated greater range. 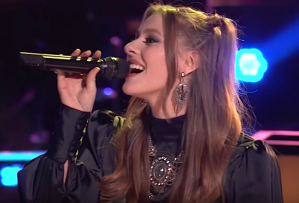 Team Legend: Zan Fiskum (Grade: A-) defeated Brittney Allen (Grade: B+) on “Closer to Fine” | Sweet Jiminy Cricket, these two sounded like they’d already been mixed for iTunes just in rehearsal on their Indigo Girls cover. John’s only notes were that Zan was “squeezing her vowels,” and maybe Brittney shouldn’t keep her eyes shut the whole time she was on stage. (Though she said she suffered from stage fright, it didn’t show in her vocals.) Even advisor Ella Mai marveled that she and John had given the women less feedback than any other pair. They were just. That. Good. When the Battle got underway, Zan sang with a voice that angels only wished they had; she was divine. Very Maelyn Jarmon in her flawlessness. Brittney had some fire to her performance and a little twang that I suspected was gonna get her stolen by Blake. I really liked her, honestly, but Zan owned this one so big-time, she slapped a “Property of… ” sticker on it. (Still couldn’t believe Blake didn’t steal Brittney.) 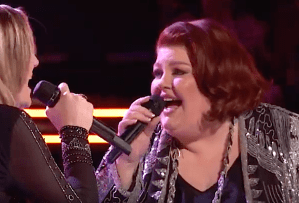 Team Kelly: Mandi Thomas (Grade: B+) defeated Sara Collins (Grade: B) on “My Baby Loves Me” | In rehearsal, Kelly explained that she’d given this duo Martina McBride to cover because Sara is country and opera singer Mandi at least likes country. After their first run-through, their coach said that she wanted the ladies “bubbling” through the whole song so that they didn’t run out of breath and get pitchy. Mandi was holding her own, but Sara sounded so much like a fish in water — this was her genre — I didn’t see how she could lose. When it was go time, Sara sounded solid, if a little vocally thin. But the power that Mandi’s pipes packed into the song allowed her to make the greater impression. Plus, she was sassy, present, fun. When they were through, Blake noted that Sara had gone for more notes than she’d managed to hit. Still, I was surprised that he didn’t use his Steal on her — she couldn’t have been any more in his preferred lane if she’d parked there.

Team Legend: Thunderstorm Artis (Grade: A) defeated Cedrice (Grade: C+) on “Stay” — Cedrice stolen by Blake | Listening to the duo rehearse, I thought Cedrice, especially after her lackluster Blind, was sounding pretty good… until Thunderstorm opened his mouth and reminded me that he was in another league altogether. On stage, the teammates gelled beautifully, kinda like the way pizza ingredients do when you leave a slice in the fridge overnight. Only, you know, musically. But Cedrice never managed to sound as lovely as she looked. She came off more like a backing singer, a captivating prop for Thunderstorm, whose bag of vocal tricks seemed to be as large and overflowing as Santa’s sack. When they were done, much was made of how stunning Cedrice looked — and how stunning Thunderstorm sounded. That kinda said it all. Yet she, not country girls Brittney or Sara, got Blake’s Steal.

Finally, a montage revealed that Tayler Green defeated Jules on “Water Under the Bridge” to remain on Team Kelly, and Jacob Miller defeated Kevin Farris on “Light Up” to sing another day for Team Nick.

So, who, if anyone, really wowed you on the third and final night of the Battles? Vote in the poll below, then hit the comments. Do you like the idea of James Taylor as Mega Mentor?