Dozens of TV shows now airing will screech to a halt in the weeks to come, ahead of their planned season finales. What reveals, twists and entanglements do you hope nonetheless transpire before your favorites head for an early, pandemic-dictated hiatus?

Some of the impacted shows might only leave one or two episodes “on the table,” while others will see their seasons come up a few episodes short, or even more. (You can find details in TVLine’s Coronavirus Impact gallery.) So keep that in mind when wishing for something to happen before the ersatz finale arrives.

Here are some of TVLine’s measured expectations/wishes. Give ’em a look, and then share yours in Comments!

Batwoman: Poor Mary as of late has not-so-subtly been inviting Kate and Luke to formally bring her into the Bat-circle of Bat-trust. It’d be great to see her officially join the team sooner versus later.

The Blacklist: It’s already been revealed that Reddington is not a surgically altered Ilya Koslov… which means we’re still in the dark about his real identity. Before Season 7 wraps, we’d be content with the tiniest nugget of fresh (and true!) intel about who Red really is.

Charmed: Abigael has been a gorgeous nuisance for the Charmed Ones all season. Now that they’ve regained the Power of Three, it’s time to put that demon out of her (and the audience’s) misery.

Chicago Fire: After two seasons of buildup, we’re more than ready for a Brett/Casey kiss to help us get through the hiatus.

Dynasty: We know Fallon has a lot on her plate at the moment — between planning a wedding and tricking Liam’s son into liking her — but it’d be nice if she could also squeeze in one more fantasy musical number, preferably a mother-daughter duet with Alexis.

Empire: A recent episode alluded to UK transplants Jamal and Kai adopting a baby. A few more details about (and perhaps a photo of?) the new arrival would go a long way in giving us some closure to Jamal’s already-truncated arc. 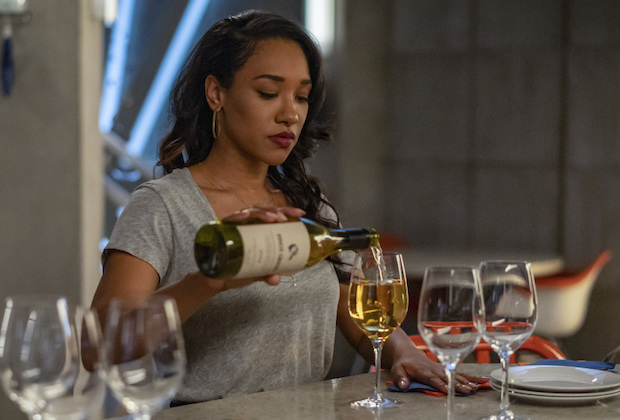 The Flash: Showrunner Eric Wallace told TVLine, “the audience won’t have to wait until the end of the season” for Barry to realize his wife is a fake. But will that reveal come four whole episodes before the planned end of the season?

Grey’s Anatomy: They — and we “Mermac” shippers — have waited long enough. Time for Meredith to really check out the “package” that Cristina sent her by indulging in a first kiss with a clearly-smitten Cormac.

New Amsterdam: Iggy’s binge eating has become concerning and alarming. Please, someone notice it and confront him so the doc can get the help he needs. 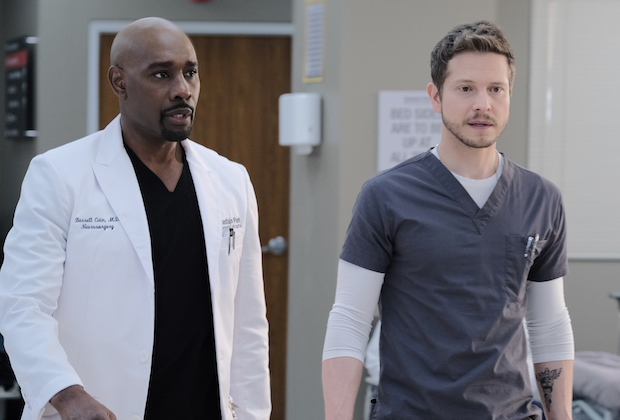 The Resident: We doubt the Fox drama will completely wrap up its Red Rock storyline in Tuesday’s de facto finale, but we’d still like to see Dr. Cain get some kind of comeuppance for his many misdeeds.

Riverdale: After four seasons — and barely any time spent in the classroom — we’d like to see Archie, Jughead, Betty and Veronica put on a cap and gown and graduate from Riverdale High. After all, they can’t stay in high school forever, can they?

Supergirl: The concept of a long con isn’t lost on us, but it’s time for Brainy to get back to his senses — and back to Nia. She’s kind of going through some things right now.

S.W.A.T.: Just when we thought that both Chris and Street (and maybe even the writers) had forgotten about the kiss that was shared late last season, boom! Chris flashed back to it. Dare we hope for one on the flip side before Season 4?