Most of us are rocking hoodies and sweatpants right now, so it’s nice that Netflix is giving us a dose of old-fashioned Hollywood glamour.

Ryan Murphy’s new limited series Hollywood, set during Tinseltown’s Golden Age, debuts Friday, May 1, and the streamer is giving us a sneak peek at all the vintage drama (and fashions) with a slew of first-look photos. The seven-episode series “follows a group of aspiring actors and filmmakers in post-World War II Hollywood as they try to make it in Tinseltown — no matter the cost,” per the official description. “Each character offers a unique glimpse behind the gilded curtain of Hollywood’s Golden Age, spotlighting the unfair systems and biases across race, gender and sexuality that continue to this day.”

As usual, Murphy has assembled an all-star cast here, and the first-look photos give us an early glimpse at Jim Parsons, Darren Criss, Patti LuPone, Dylan McDermott, Holland Taylor, The Politician breakout star David Corenswet, BlacKkKlansman‘s Laura Harrier and more, all decked out in exquisitely tailored 1940s suits and gowns. 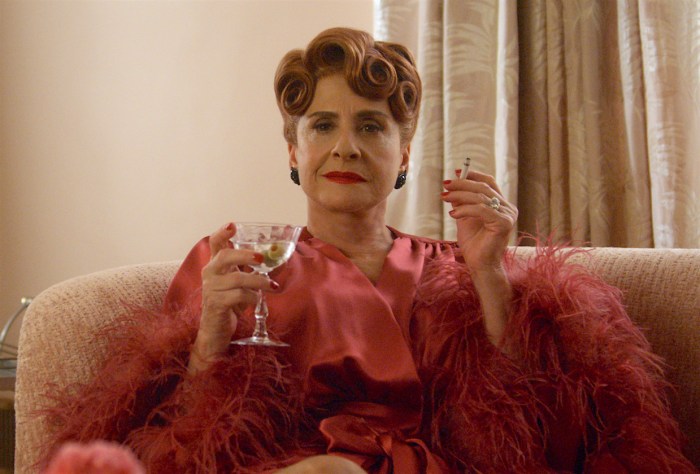 Hollywood is, according to executive producer Janet Mock (Pose), “an aspirational tale of what ifs: What if a band of outsiders were given a chance to tell their own story? What if the person with greenlight power was a woman? The screenwriter a black man? What if the heroine was a woman of color? The matinee idol openly gay?… Hollywood is a love letter to our little industry town where dreamers dwell, stars are born, and magic transcends reality.”

Check out the gallery to the right — or click here for direct access — for a sneak peek at Hollywood, and drop your first impressions in the comments below.