Warning: The following contains spoilers galore for Tuesday’s penultimate episode of Schitt’s Creek. Don’t come at us like a disgruntled pelican if you choose to ignore this admonishment and find out something that you would have preferred to discover by watching.

When Moira revealed in the middle of Tuesday’s Schitt’s Creek that she was attending her last Jazzagals rehearsal before moving away from the show’s titular small town, Jocelyn admitted, “I’m not as prepared for this as I thought I would be.” Us, either, Jocelyn. Us, either.

Although it’s next week’s series finale that’s titled “Happy Ending,” the beloved Pop comedy handed one out to several characters — actually, pretty much everybody — in its penultimate episode, “Start Spreading the News.” There were, as you’d expect, some kerfuffles along the way; Johnny’s plans to move East unexpectedly went South, and Alexis learned that she’d be the only Rose planting roots in the Big Apple. And there were surprises, too; Twyla’s a freakin’ millionaire?!? But by the time the closing credits rolled on the episode, our regulars all seemed to have what the new owner of Twyla’s Café Tropical did: something that would put a smile on their face. 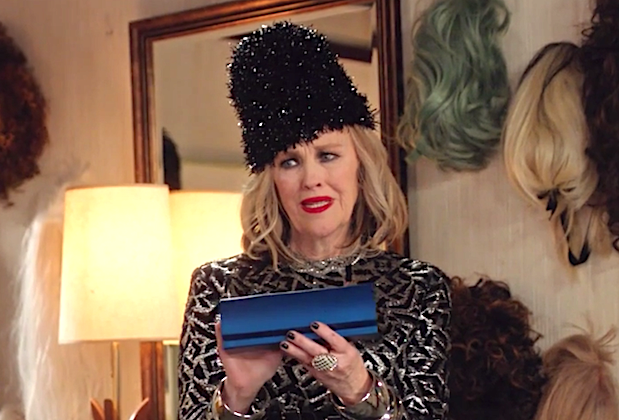 The question now is, were you left with, as Moira might put it, the same expression on your visage? Click on the photo gallery above (or go here for direct access) to see how we would rate each character’s happy ending, then hit the comments with your grades, thoughts, reactions to the stories’ resolutions.