ABC’s Stumptown just left us on the mother of all cliffhangers, setting its fans up to be wildly disappointed if the rookie drama is not renewed for Season 2.

Almost immediately after Dex got to the bottom of Benny’s death — long story short: Sue Lynn’s son was going to whistleblow his squad for siphoning hundreds of thousands of dollars from the U.S. military, so they planted the IED that killed him back in 2007 — the private eye was confronted by another ghost from her past: her mother!

The seeds for the big reveal were planted earlier in the episode, when an eavesdropping Tookie heard Ansel on the phone with a woman he believed to be Ansel’s girlfriend Lila. (“Please come back,” Ansel pleaded. “I miss you.”) But as we’d soon learn, the person on the other line was actually the parent who abandoned him all those years ago. 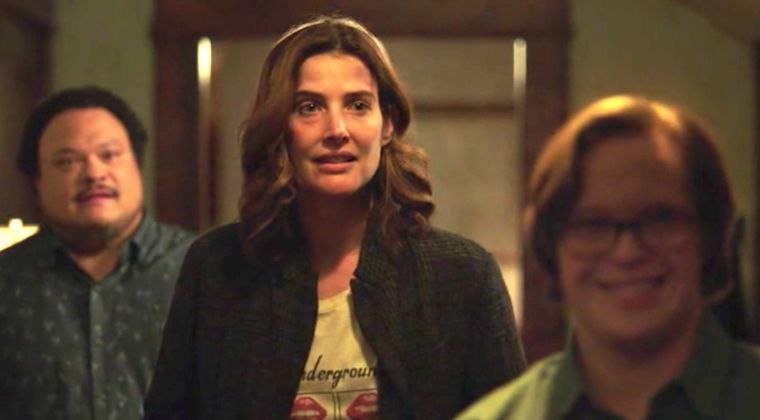 In the very final scene, an excited Ansel opened the front door to reveal Mom, whose appearance stunned Dex. It was then that the episode cut to black, before the audience got a peek at Mama Parios.

Below, Stumptown co-creator Jason Richman expands on the return of Dex and Ansel’s mom, their still-M.I.A. dad, and what’s next for Grey and Hoffman — should the series continue.

TVLINE | Let’s start at the end. Was it always the plan to bring Mom back?
Yeah, it was sort of the big, core mystery, that Dex doesn’t know what happened. She came back from her time in Afghanistan and found her brother in a home and her parents missing, so she’s carried this resentment about it for a long time. There were things we were playing with throughout this entire season, sort of seeding this angst that Dex has about it. It felt like it was such a compelling journey that it would take a lot of time to tell that story, and so we decided to hold it [and] it just kind of lined up perfectly. It gives [us] this deep-rooted, compelling storyline [for] Season 2.

TVLINE | Why just Mom? Why not Mom and Dad?
In the story that we’re going to tell in Season 2, Mom leads to Dad in a way that’s kind of circuitous… We needed Mom to show up first.

TVLINE | We’ve never really seen Dex get upset with Ansel. Will she be upset with him for surprising her with this?
That’s a really interesting question. Ansel is the one relationship in this [show] that grounds Dex. It allows us to take her to some very far-flung, damaged places because of the honorable dynamic she has with her brother. She can be angry with him, but ultimately, I think she has to understand that he wants answers. 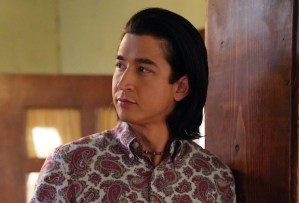 TVLINE | The finale put an end to the mystery surrounding Benny’s death, and Dex and Sue Lynn finally get some much-needed closure. Was it important to you to bring that storyline to a close, and not keep viewers guessing?
Yeah, it was… [Dex] was a character who was lost, and then she starts dabbling in this line of work that is maybe the only thing in the world that she is suited to do, which is to be a private eye. And I just thought it would be amazing if, at the end of the first season, she finds a truth… that she never would’ve found otherwise, because of her work, and that’s how it comes to her. I thought that was a really important thing to say about the meaningfulness of the work itself. And so that’s what she gets at the end of the season. She doesn’t get “healed.” She doesn’t get “fixed.” PTSD is not something that just goes away. But what she gets is an answer, at least, and it’s a baby step towards the healing process that will be the eternal journey of this character.

TVLINE | Now that she has that answer, will she be less reluctant to seek help for her PTSD?
I think it’s always more interesting when a character never really heals themselves, you know? They change. And so I think we can expect a change in the way that she deals with it. We have a great storyline that we’ve [discussed] about her going to the V.A. to talk to a therapist, and at least initiating that, so I think we’ll follow her on that journey. 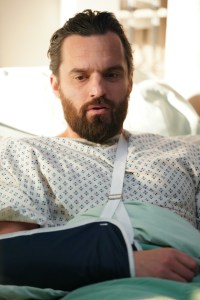 TVLINE | Let’s talk about Grey and the terrible, horrible, no good, very bad couple of days he’s just endured. First his father flakes, then he comes back, then he flakes again and we find out that he’s in debt to some bad people. And if that’s not enough for Grey to deal with, he goes and gets shot in the arm while trying to help Dex! Haven’t you put the poor guy through enough already?
[Laughs] No, are you kidding? The drama has only just begun for Grey! Grey, as a character, has in some ways always been running from this past that he thought he was destined to [repeat], which is to turn out like his dad… This “sins of the father” idea, that he has to get his father out of a jam, felt like fertile ground for a story that can give him some answers, and I really like the familial aspect of it.

TVLINE | Hoffman also goes through an identity crisis of his own. Talk to me a bit about his decision to turn in his badge.
We [revealed] earlier in the series a friend of his that he had felt some responsibility in having gotten killed by forcing [him] into being a C.I. He’s [also] had this sort of push-and-pull dynamic with Dex this whole time… At the end of this story, he felt torn in the worst kind of way. It was all building to this idea that Dex would come to him for help like she always does, but he would be in this compromised position where any move he made would be the right move, but also the wrong move; he was in this catch-22. And so going forward, it really puts him in a position where he’s sort of lost. He doesn’t know where his allegiances lie… He’s completely off-kilter, and that’s going to allow us to play around with his trajectory heading into Season 2. 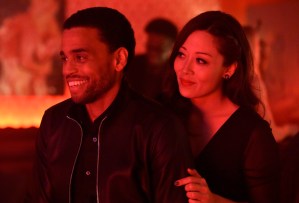 TVLINE | The penultimate Season 1 episode set up a potential romance between Hoffman and Lee. But can Lee be forgiven for going to Cosgrove behind Hoffman’s back?
Like all real people, they have to get beyond their emotional feelings, and ultimately get back to some rational understanding about what happened. And Hoffman himself was struggling with this problem, this information that he had [about Benny’s murder], so how can he really blame [Lee] for making a different choice with the same crippling problem that he had? She told the truth, she made a choice, and he couldn’t. He’ll have to forgive her. They have a great dynamic, and I think, like all relationships, they’re predicated on more than just one hard turn.

TVLINE | Lastly, what have you had in terms of renewal prospects? And how confident are you that the show is coming back?
The show just has so much story left to tell. It feels in some ways like we’re really just getting started… but just as a creative person in general, you always try to stay in the middle and prepare yourself for any outcome. But I’m hopeful. It’s been such a thrilling experience, and when the show is cooking on all cylinders, there’s nothing more fun in this world to be doing… I think that everybody is very proud of the show.

What did you think of the Stumptown finale (and Season 1 overall)? And what are your hopes for a potential Season 2? Weigh in via the following polls, then put your casting hats on and tell us who you’d bring in to play Dex and Ansel’s mom.