After so much Sturm und Drang, NBC’s Manifest is poised to host a joyous celebration, as glimpsed in these first photos from Season 2’s penultimate hour. 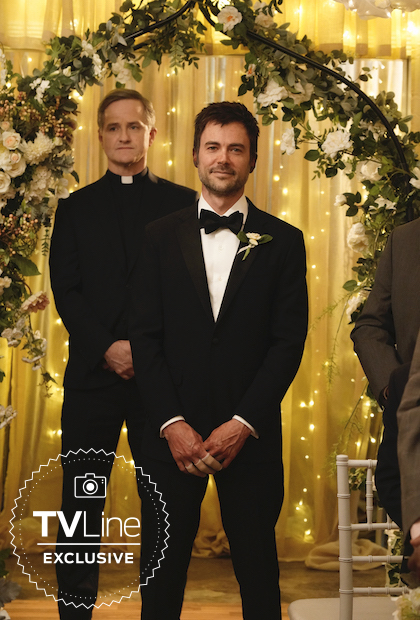 When last we tuned into the supernatural-tinged family drama, Zeke — on the heels of a most unexpected yet closure-delivering reunion with his estranged father — reasserted to Michaela that he has no intention of resuming treatment by Saanvi, to maybe stave off his Death Date. “Pretty much my entire life has been about regret and sadness. But I don’t want to end it like that,” he said. “I want to go out on my terms, with the love of my life, making one more memory I can take with me.” And on that note, he whipped out a shiny ring. “Will you marry me, Michaela?” he asked. After a moment of shock, Mick replied, “Yes! Yes, I will.”

In the next episode, titled “Call Sign” and airing Monday, March 30 at 10/9c, Ben & Co. transform the Stone household into an ersatz wedding venue. Among the exclusive photos obtained by TVLine, we see Michaela take in her brother’s handiwork, alongside a beaming Grace. Below, we spy a moment between Zeke and Jared — will Mick’s previous fiance offer his blessing? And in the photo above right, the groom awaits his bride.

But will the wedding go off without a hitch?

After all, elsewhere in the episode, Jared and Drea will attempt to extract a confession from Jace, Pete and Kory, the trio of meth dealers we just met who would do anything to exact revenge on Michaela. Also, Saanvi will enlist help in protecting herself from the until-recently dormant Major.

Looking ahead to Manifest‘s second season finale (airing April 6), showrunner Jeff Rake told TVLine, “The strength of Ben and Grace’s marriage and partnership will be tested … more than it has been since we first met them. As will the friendship between brother and sister Ben and Michaela. The s–t is going to hit the fan.” 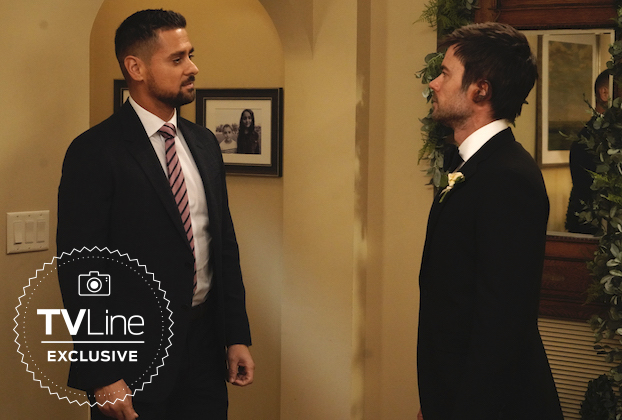