“Just when you think you know what’s going to happen, something happens that you never would have expected,” Luke Bryan eloquently stated atop Sunday’s American Idol. And dag-gummit, he was right.

Hollywood Week continued with yet another curveball for the remaining contestants: The time-honored (and long-dreaded) Group Round has been replaced by a Duet Round, leading to a frantic frenzy of pairings. Honestly, the stress of everyone having to choose a partner gave me flashbacks to gym class, where I wasn’t exactly anyone’s first choice for a dodgeball teammate. (Then again, find me a TV recapper who was.)

Below, find my thoughts on five of the night’s most memorable duets (for better or worse), along with a list of contestants proceeding to tomorrow’s Solo Round — and the ones who reached the end of the road tonight:

LOUIS KNIGHT & FRANCISCO MARTIN | These two, who feel like members of the same boyband, became friends during the Genre Challenge, despite the judges expecting them to become rivals. (Katy Perry is on #TeamLouis, for the record, while Luke Bryan rests firmly on #TeamFrancisco.) Louis was a shoe-in from the moment he started singing The Script’s “Breakeven,” but just as his partner predicted, Francisco allowed his nerves to weigh him down. Despite dropping a few lyrics, though, Francisco’s talent was able to shine through, granting him safe passage to the Solo Round to prove how well he really stacks up against Louis. 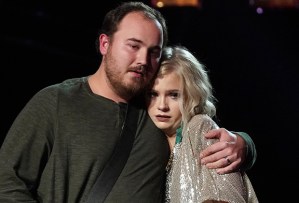 MADISON PAIGE & PEYTON ALDRIDGE | Now for a pair that didn’t get along so well. The trouble began for these two when Madison had to pick their song, Jason Aldean and Kelly Clarkson’s “Don’t You Wanna Stay,” alone because she couldn’t find her partner. (Spoiler alert: He was in his hotel room eating chicken wings that he bought at a gas station!) After a rough night of rehearsal, Peyton threw Madison another curveball by switching the arrangement up right before going on stage. The resulting performance was less than stellar, but before the judges could even finish giving their critiques, Peyton interrupted them with an apology to his partner. This selfless act inspired the judges to send them both through to the Solo Round, at which point you’d think Madison would let everything go. But no, she still looked like she wanted to murder him long after they left the stage. Click here to watch. 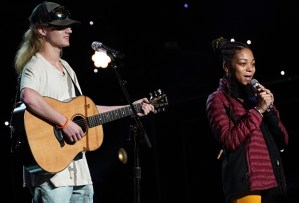 ZACK DOBBINS & COURTNEY TIMMONS | Speaking of wanting to murder people, what happened to this next pair was absolutely infuriating. Through multiple song changes and endless hours of rehearsal, Zack basically contributed nothing but shrugs and excuses. And when the time came for him to join Courtney on stage — for a performance of Ariana Grande’s “Dangerous Woman,” of all songs — he continued to give the bare minimum. Zero effort whatsoever. I’m not saying that Courtney sounded incredible, but I’m sure she would have given a more confident performance with another partner. The lackluster duet sent them both packing, and when Zack excitedly whispered, “I get to go home,” I wanted to jump into my TV and scream at him. What a waste of two opportunities. Click here to watch. 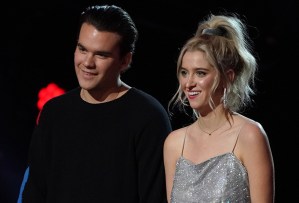 MARGIE MAYS & JONNY WEST | This couple’s story took an interesting turn on Sunday when Jonny panicked ahead of their duet. “I don’t know how you did it [last year],” he told Margie. His nerves were definitely apparent during their performance of “Like I’m Gonna Lose You,” but I actually thought he gave a better performance than his more experienced half. Still, the judges were impressed…ish. “You both are barely passing on to the next round,” Katy told them. (Yikes! Way to rain on their little victory parade, Katy.) Click here to watch.

ROBERT TAYLOR & TITO REY | Color me disappointed by this one. What could have been an exciting, groundbreaking moment for Idol (“You’ve never seen two men sing a love song to each other”) turned out to be a total dud. Yes, there was instant chemistry between Robert and Tito, who referred to themselves as “vocal twins,” but there was also a collective overconfidence that proved to be their undoing. Like, what were they even singing? Was it a song? Why did they completely ignore the coach’s suggestion to tone down the acrobatics and focus on the melody? We may never get these answers, but at least Robert will go on to sing another day. (Sorry, Tito!) Video coming soon!

Did your favorites make it through to the Solo Round? And how do you feel about the Group Round being replaced by the Duet Round? Drop a comment with all of your thoughts below.