Better Things never fails to spit truth about the beauty and misery of family. How can we possibly detest the ones we’re supposed to love the most? That’s a question explored by Thursday’s episode, titled “DNA.” While Phyl continues being a thorn in Sam’s side, it’s Sam’s verbal spat with Max that showcases the sheer brutality of raising teenage daughters as a single parent. It’s a straight-up battlefield, y’all.

We begin with Sam tickling the ivories and jamming out to Elton John’s “Someone Saved My Life Tonight.” She struggles through the track due to chronic pain in her hand, but from the looks of it, Pamela Adlon can totally throw down on a piano. Party.

It’s another rainy day in fictional Los Angeles. (Is it me or is it raining in almost every episode this season?) Phyl and her pals discuss the #MeToo movement over a game of cards, when Sam shows up with a DNA test, announcing, “It’s today… give me your spit!” However, Phyl has no interest in her biological background. Sam chases her around the table like a parent chasing after a toddler. Phyl crawls under the table to hide, but Sam tackles her vivacious ma, climbing on top of the woman until she spits repeatedly into the tube. “Jesus, I better be Samoan or something cool worth doing this for,” Sam mutters.

Later, Sam goes to see a doctor about her hand pain. “Your hands are much older than you are,” he says. Her muscles have atrophied, and not even surgery can fix it. “This blows dead donkey d–ks,” she mopes. “You don’t need hands for that!” the doctor replies. Well, he’s got a point there.

The next morning, Sam wakes up to find an owl in her bed. She’s immediately startled and sneaks out of the room to get back-up. She and the girls chat about what to do, and Frankie tells them owls are a typically seen as a harbinger of death, but can also be a sign of change and fertility. Duke walks past them, towel in hand, and gently collects the bird. They all decide to name him Edwin.

At the end of the episode, Duke’s friend, Pepper, lops off her fingertip in the door of Sam’s El Camino. Duke laughs uncontrollably, while Sam tries to quell the girl’s terrified screams. Chewy, their dog, swallows the fingertip, which causes Duke to puke and Pepper to pass out.

While Sam deals with the crisis, Max freaks out about her lack of clean work clothes. Sam calls her out for being “super shitty” to her. “You realize you live here rent-free, right?” asks Sam.

What comes next is an ultimate screaming match, and seriously, it’s one for the TV record books. 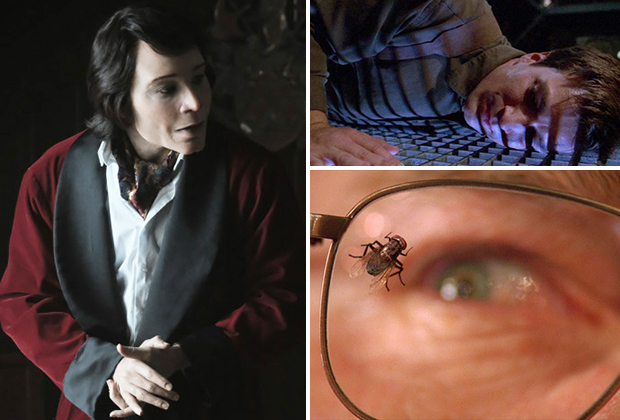 Max threatens to leave and Sam tells her to go, telling her daughter it’d be great if she could help out around the house sometimes. Max tells her mom she’s “a disaster,” and that she doesn’t have to be so hard just because “you don’t know what it’s like to be a woman anymore.” OUCH. Sam then calls Max the worst, most unutterable word in the English language: the C-word. And Max sends it right on back. The women go back and forth, screaming, “You’re a f–ing c–t,” like it’s a high-stakes Wimbledon match. “You’re a f–king c–t, your sister’s an asshole and your other sister is great!” Sam barks. (It’s true. We all love ya, Duke!)

After exhausting their profanities, Sam and Max crack smiles, and soon start laughing. Max apologizes and tells Sam she’s the best. They hug it out and exchange “I love yous.” “I don’t want you to move out, but I do, so you shouldn’t, but please move out soon, but don’t,” Sam says, which I can only assume is how every parent feels about their twenty-something freeloaders. The episode bows out with Max’s realization that Sam is “going to have to go through this three times.”

What did you think about Sam and Max’s epic war of words? Tell us what you thought of the episode in the Comments below!