Good luck narrowing down who might die in The Good Doctor‘s Season 3 finale. ABC on Monday released an extended look for the highly anticipated two-parter, which teases a third potential casualty.

In the promo for Part 1 (airing Monday, March 23 at 10/9c on ABC), Shaun and his fellow MDs find themselves in the midst of a natural disaster. An earthquake hits California, and no one is safe from harm’s way. Lim informs the on-site staff that St. Bonaventure is on mass casualty incident protocol, and the HURT team has been assigned to a nearby brewery, which collapsed during a charity event. “Melendez and Glassman went to that,” Claire says. (Gulp!)

In a subsequent scene, Glassman, who appears to have escaped the wreckage, tells Shaun that Lea was also inside the brewery at the time of the earthquake. We then watch as Shaun enters the unstable building — which looks to be one aftershock away from total collapse — and attempts to find the woman he loves. 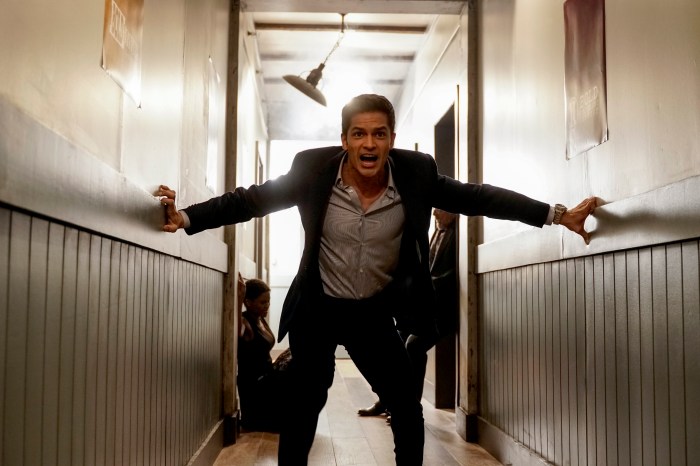 Last but not least is this chilling exchange between Park and Lim:  “How bad is it?” Park asks. “It’s too late,” Lim replies.

ABC has also released two dozens photos from Part 1, as well as an official (and rather vague) synopsis for Part 2, titled “I Love You” (and airing on Monday, March 30):

In the second episode of the two-part finale, our doctors work against time and their own personal safety to save the lives of those around them.

Press PLAY on the video above, then hit the comments with your best guess as to who loses their life in The Good Doctor finale.