The CW returned to Roswell, New Mexico on Monday for a second season of smoldering aliens and the humans who love them. Unfortunately, not everyone’s favorite characters were able to RSVP to the reunion.

Fresh off his finale-ending sacrifice, Max was notably M.I.A. for this week’s premiere, though his consciousness did send Rosa this chilling message at the end of the hour: “Liz can’t bring me back to life, do you understand? No matter what it takes, you have to stop her.” (As executive producer Carina Adly Mackenzie notes, “Max can only reach Rosa at times when she’s vulnerable. He can’t just, like, give her a call.”)

And these nightmarish visions are only adding to what is already a stressful transitional period for Rosa, whose new lease on life will require her to face her demons head-on.

“Things get worse before they get better for Rosa,” Mackenzie tells TVLine. “When you’re an opioid addict, your body becomes addicted. But when she comes back, she doesn’t have any of the damage that would normally occur in an opioid addict. Physically, she isn’t an addict anymore … but there’s a lot more than just a physical predisposition that goes with that. We will see Rosa’s struggle throughout the season with her addiction. She’s also a person who felt like an outsider anyway when she grew up, and now she feels like a ghost.”

Of course, stopping Liz will be easier said that done. After realizing that Max’s consciousness remains tethered to Rosa via his handprint, she crafted a plan to revive Max using Noah’s heart. And with Kyle, Alex and the Evans siblings (somewhat) on her side, she stands a pretty decent chance — regardless of the obstacles they faced this week. And speaking of the Evans siblings, Isobel discovered that she’s (gasp!) pregnant with Noah’s child. As for how she’ll handle that bit of news… 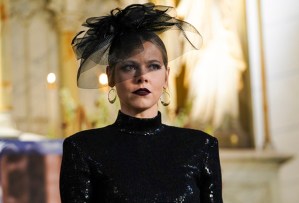 “Isobel has a complicated decision to make, as any woman in that situation would have,” Mackenzie says. “Isobel has limited options, because she can’t just go to a doctor. She can’t get normal healthcare. She wouldn’t have access to the prenatal care that so many people in our country take for granted. She also doesn’t have a support system right now. Max, her other half, is not there. She’s not used to making big, life-altering moves on her own. Michael’s not doing great, and Max is gone, so she’s facing down a scary new direction of her life that she really wasn’t expecting to have to face alone.”

And then there’s Maria DeLuca, who will become a true “force of nature” this season, particularly in light of her mother’s abduction at the end of the premiere. “Her biggest priority is her mother,” Mackenzie notes. “So she’s not going to take her disappearance lightly. And relatively soon, she’s bound to discover that a lot of people she loves very much have been keeping secrets from her — and she’s not going to take it very well.”

Generally speaking, “It was important to us to tell Maria’s story as her story, that she’s not just this woman who’s coming between these two other presumably star-crossed lovers,” Mackenzie explains. (This is, of course, a reference to Alex and Michael, who also shared a heartbreaking moment in this week’s premiere. “I don’t think we’re good for each other, and I want to be good for somebody,” Michael told him.) “She has a perspective, and she has reasons for choices that she’s making.”

Your thoughts on the Roswell premiere’s many twists and turns? Grade the episode below, then drop a comment with your full review.