The last thing we needed to start this week was more bad news, and yet, here we are: Just days after Modern Family wrapped production on its 11th and final season, Beatrice, the scene-stealing French bulldog who played Jay Pritchett’s beloved canine companion Stella, has passed away, our sister site Deadline reports.

“Rest in peace, sweet Beatrice,” tweeted Jesse Tyler Ferguson, who plays Jay’s son Mitchell on the ABC hitcom. “We love you so much.” His post was accompanied by a photo of himself with husband Justin Mikita and Beatrice on the set — and a crying emoji that speaks for us all. A cause of death has thus far not been announced.

Rest In Peace sweet Beatrice. We love you so much 😭 https://t.co/kYzkl1m3ye pic.twitter.com/aGZZWH695g

Though Beatrice had been a part of the Modern Family, er, family since the character of Stella was introduced back in Season 2, at the time she had only been an understudy for another dog, Brigitte. 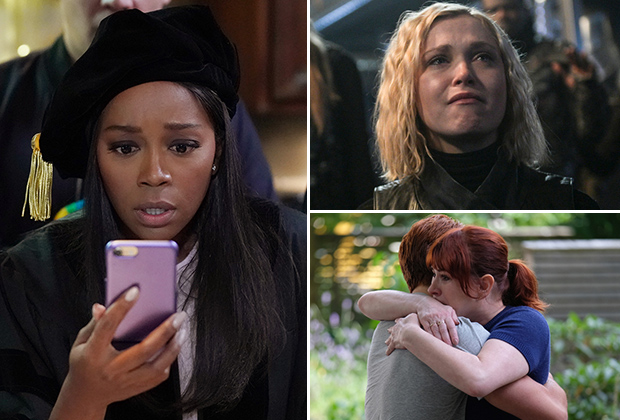 Per the Daily Mail, a dispute between Brigitte’s owner and the animal agency that hired her resulted in them pressing “paws” on her career, in so doing paving the way for Beatrice to take over the role in Season 4. (Needless to say, she had since marked her territory, as it were.)

So, is there any favorite “Stella” memory you’d like to share? Were your four-legged family members fans of Beatrice’s, too?