My, Hollywood Week, how you’ve changed. Monday’s American Idol brought us to Los Angeles’ Orpheum Theatre, where 167 lucky contestants — a handful of whom I actually recognized — returned for another chance to impress the judges.

As Katy Perry explained atop the two-hour event, “Hollywood this year is… different.” More specifically, the contestants are now being asked to select a genre — pop, rock, R&B, soul, country and singer/songwriter — in which they would like to compete. Additionally, the judges are hearing all 167 contestants sing solo to get a better sense of who they are as individuals.

Read on for a quick recap of the 20+ contestants sent through to the group round this week. (Keep in mind, I’m not going to mention every singer by name, as the show was quite selective about which people we actually got to know): 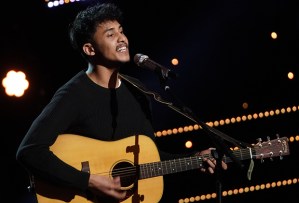 SINGER/SONGWRITER | Though fist bumper extraordinaire Marna Michele reached the end of the road this week, congratulations were in order for Julia Gargano, 21, whose Adele-quality voice shone through with a cover of Brandi Carlile’s “The Joke,” and Arthur Gunn, 22, whose rapturous performance of Otis Redding’s “Hard to Handle” led the judges to demand an encore.

Additional singer/songwriters proceeding to the group round include: Sofia Schuster, 15, the youngest contestant this season; Adam Curry, 25, whose cover of The 1975’s “Somewhere Else” had people whispering about him winning it all; Francisco Martin, 18, who delivered an exciting, emotional take on James Bay’s “Hold Back the River”; Jonny West, 23, who conquered his nerves to crush of Lewis Capaldi’s “Someone You Loved” (a song I hope to never hear again); and Dillon James, the tattooed heartthrob whose history of substance abuse took him from working from Dolly Parton to living on the streets. 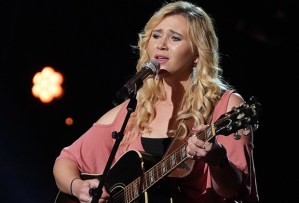 COUNTRY | They may not have understood his methods (did anyone?), but the following country crooners were thrilled to hear Luke Bryan tell them they’re through to the group round: Lauren Mascitti, 27, who effortlessly breezed by with a “cool” cover of “Don’t It Make My Brown Eyes Blue”; Hannah Prestridge, 24, who fully embodied Miranda Lambert in her performance of “Over You”; and Grace Leer, 27, who surprised the judges with her dramatic, countrified take on “Unchained Melody.”

R&B | The judges dared to pull a “Front row, we don’t think you’re ready… to go home yet” on these happy hopefuls: Just Sam, 21, whose life experiences rang through loud and clear in her performance of Arlissa’s “Hearts Ain’t Gonna Lie”; Makayla Phillips, 17, who might be the youngest, whitest person I’ve ever seen perform (and absolutely crush) Dreamgirls’ “And I Am Telling You I’m Not Going”; Cyniah Elise, 17, whose take on Adele’s “All I Ask” had Luke fist pumping with joy. 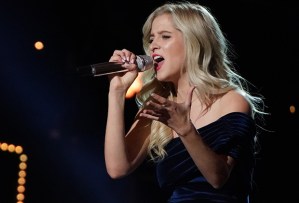 POP | The most crowded genre in the competition also saw the highest number of familiar faces, many of whom were blessed with good news. Margie Mays, 26, gave us the Julianne Hough version of Christina Aguilera’s “The Voice Within”; Nick Merico, 23, redeemed himself in Lionel Richie’s eyes with a solid take on a Donny Hathaway classic; and Kimmy Gabriela solidified her spot in the competition with a performance of A Great Big World’s “Say Something.”

We also witnessed the triumphant returns of Amber Fiedler, 23, who crushed Andra Day’s “Rise Up” just three weeks after giving birth; Jovin Webb, 28, who made it rain on stage; and Sophia Wackerman, 20, who “wacked it out of the park” with her take on The Beatles’ “Let It Be.”

Let us also not forget Shannon Gibbons, 20, who literally sounded like Adele crawled into her mouth; Bilaal Avaz, 19, whose strict Muslim parents — who used to prohibit him from performing music — are now his biggest fans; and Lauren Spencer-Smith, 16, whose perfect take on Kelly Clarkson’s “Because of You” proved she’s a force to be reckoned with. 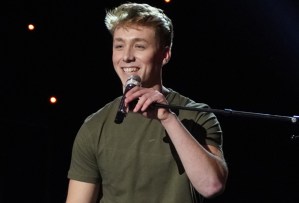 MORE FAVORITES | I’m going to be totally honest — I don’t actually know which genre these singers chose. Blame the episode’s editing, or my humanity, but I just don’t. (I want to say pop?) Either way, let’s talk about them: There was Louis Knight, 19, the hot British pizza guy who peppered a slowed-down version of “Ain’t No Mountain High Enough” with impressive runs in his gorgeous falsetto; Robert Taylor, 27, whose confidence shone through in his incredible take on “(You Make Me Feel Like) A Natural Woman”; and Genavieve Linkowski, 21, whose take on Calum Scott’s “You Are the Reason” was a an all-around judge pleaser.

What did you think of Idol‘s revamped Hollywood Week? (Be honest, were you also a little unsure of which genre some singers were competing in?) Drop a comment with your thoughts on Monday’s episode below.