American Idol wrapped its final week of auditions on Sunday, introducing future voters to one last batch of impressive, inspirational and (in one case) Kinky Booted hopefuls. 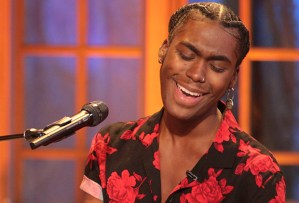 ROBERT TAYLOR, 27 | The judges were immediately drawn to this talented singer who was recently dealt the one-two punch of losing his father and being rejected for coming out to his close-minded family. But hey, after that stunning performance of Lewis Capaldi’s “Bruises,” Taylor may have found a new family on Idol. (Side note: It’s wild how this show used to downplay LGBT references/speculation back in the day. Now, the story of an LGBT contestant being turned away by their family has become so common, it’s practically a trope. Progress!)

GRACE LEER, 27 | Sixteen years after competing on American Juniors, Leer reunited with Ryan Seacrest to try her luck on Idol. But we were the lucky ones when she treated us to an ethereal performance of The Highwomen’s “Crowded Table,” followed by a cover of Patsy Cline’s “Crazy” that was so beautiful, it surely made Juliette Barnes shed a single tear. Wherever she is. (Also, while we’re talking about American Juniors… If you’ve never watched 13-year-old Lucy Hale perform “Call Me,” click here. You’re welcome!)

FRANKLIN BOONE, 27 | This mild-mannered music teacher blew the judges away with his totally unique take on Fleetwood Mac’s “Dreams,” hooking them with his very first note. In fact, Katy Perry only had one real piece of criticism to offer: “I appreciate your humility, but it’s time to shine.” And his baby! Don’t even get me started. 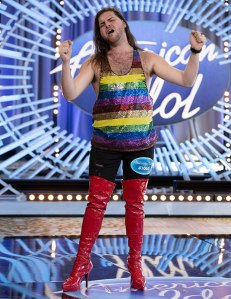 GILBERTO RIVERA, 23 | Costumes don’t tend to bode well on American Idol, but Gilberto’s Kinky Boots were made for more than walking. His high-energy performance — nay, production — of Tina Turner’s “Proud Mary” got all three judges out of their seats, including Lionel Richie, who had to assure his Fitbit that he wasn’t having a heart attack.

JAHZAN, 18 | Accompanied by the world’s coolest mom, this New Yorker (by way of Kingston, Jamaica) kicked off her audition with a fun duet of Clean Bandit’s “Rockabye.” After a quick costume change, she showed the judges what she can do solo, belting out an emotional rendition of Demi Lovato’s “Warrior.” Was it good? Honestly, I’m not even sure. But I really like Jahzan, and the judges appeared sold. So… yay!

AMBER FIEDLER, 23 | Unsurprisingly, Idol saved its most poignant audition for last. After telling the judges her story — including that she’s already found a good family to adopt the 38-week-old baby girl growing inside of her — Fiedler stunned them with a beautiful, timeless performance of Etta James’ “Trust in Me.” Watch:

Other auditions worth noting…

* I’m pretty sure Lionel wasn’t even paying attention while Megan Knight, 21, performed Glen Hansard’s “When Your Mind’s Made Up.” He was just so excited to be on a boat. (A boat!!!) For a minute, I honestly thought he was going to send the boat to Hollywood, too.

* Demi Rae, 26, managed to achieve something even more impressive than just receiving a golden ticket. I think she also made me a Noah Cyrus fan?

* Makayla Brownlee, 17, loves doing two things in this life: singing and snake-hunting. And she does them both very well! 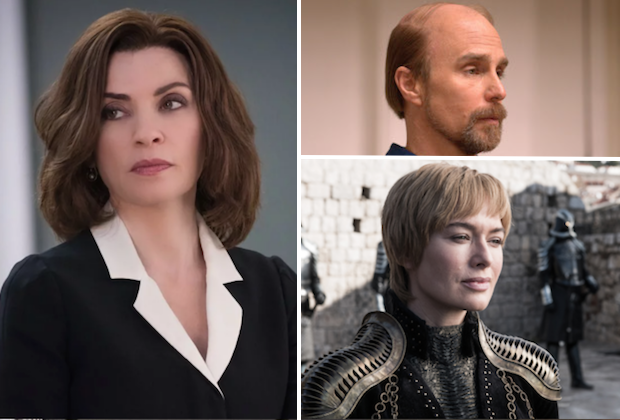 * Luke Bryan was ready to sign Jordan Moyes, 25, on the spot with his pitch-perfect vocals and guitar wizardry.

* More dogs please! Aliana Jester, 18, brought her French bulldog (a support dog in training!) along for her performance of the Jackson 5’s “Who’s Lovin’ You,” and it was exactly what America needed.

* And Roselyn Carter, 26, took the judges to church with one of the most soulful auditions of the season.

Which of this week’s auditions impressed you the most? Vote for your favorite performance below, then drop a comment with your thoughts ahead of tomorrow’s Hollywood Week kick-off.