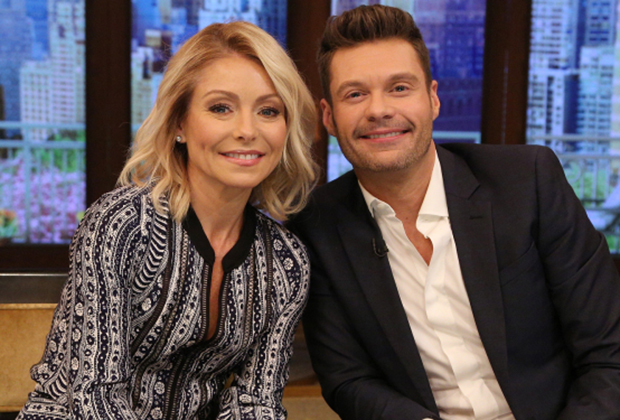 share deodorant makes their lives work.” The potential series will be set in the real estate world, where co-workers Dani (Cabral) and Scott (Bell) have taken the leap to start their own team.

Ripa and Seacrest, who have co-hosted Live together since 2017, are among the show’s executive producers. Ripa will also have an onscreen role: she will co-star as the duo’s former boss and current nemesis.

The ensemble also includes Covert Affairs‘ Christopher Gorham (as Dani’s hubby), The Blacklist‘s Annapurna Sriram (as a junior agent in the office), The Real O’Neal‘s Matt Shively (as Dani’s cousin and the de facto head of marketing) and Shameless‘ Maile Flanagan (as the administrative assistant).

The Real O’Neals writers David Windsor and Casey Johnson — whose working relationship also inspired the show’s premise — will pen the pilot script, while Todd Holland (Go On, Malcolm in the Middle) will direct.

To keep up with all of the 2020 pilots currently in contention at the broadcast networks, check out (and bookmark!) our handy Pilot Guide, which has been updated with the Work Wife castings.