There’s only one correct reaction to Legends of Tomorrow‘s next big guest star: “Whoa, Baby!”

Yes, that’s really (supposed to be) Dean Winchester’s beloved Chevy Impala (aka “Baby”) from Supernatural appearing alongside Constantine, Charlie and Sara in a new shot from Legends‘ March 24 episode (The CW, 9/8c). But how, you ask? And why? Well…

Per the episode’s official synopsis, “Sara, Constantine and Charlie find themselves in British Columbia searching for another piece of the Loom, but they run into a problem they couldn’t have foreseen. Zari has been having trouble feeling like herself, so she goes on meditative journey at the suggestion of Behrad. Meanwhile, Ava volunteers to try and help Rory with a personal problem.”

Supernatural does film in British Columbia, so this mini crossover totally checks out. But it also seems to imply that the Legends will visit the Supernatural set, versus actually crossing over to the Winchesters’ world. (Come on, weirder things have happened. On both shows.)

Speaking of Supernatural, the long-running CW series is moving to Mondays beginning March 16 (8/7c), which formally kicks off its final run of episodes.

Peruse more first-look photos of Baby’s Legend-ary debut below, then drop a comment with your thoughts on this cheeky little crossover event. 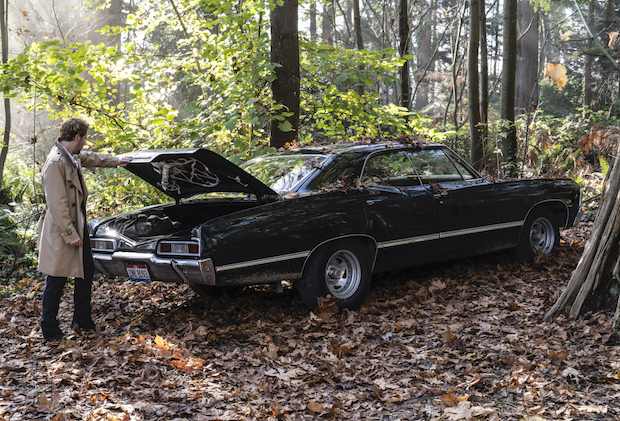 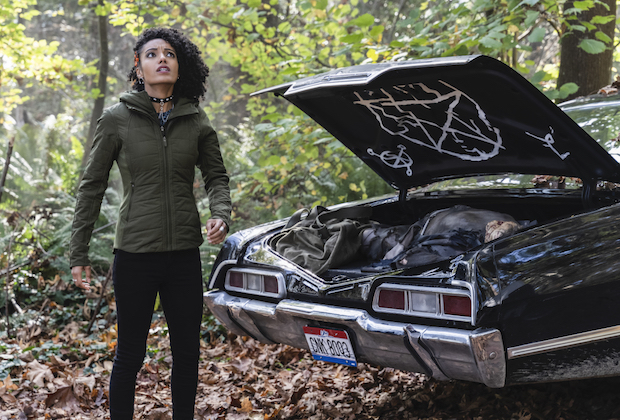