As The Voice’s Season 18 Blind Auditions continued Monday, Mike Jerel got John Legend and Nick Jonas to turn their chairs almost as fast as Kelly Clarkson does whenever she recognizes a song. By the time the 31-year-old Georgian was done with his soulful rendition of “It’s a Man’s, Man’s, Man’s World,” all four coaches were facing him, and a battle royal was about to break out to see which of them was going to successfully recruit the showman, who went so far as to call his mother on stage to help make the momentous decision. Blake Shelton probably took himself out of the running when he admitted that he’d wondered whether the singer was “an old lady.” Mom threw her support behind John, who’d called her son not a mere lane-filler but a category-breaker. But who did Mike pick? And was his performance all that? Read on, and we’ll review not only his tryout but those of all the wannabes advancing to the Battles. 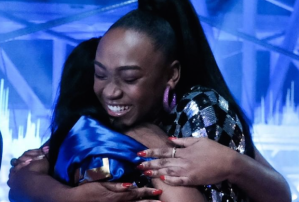 Anaya Cheyenne (Team Kelly), “I’ll Never Love Again” — Grade: A- | A YouTuber from Atlanta, this 16-year-old reminded me immediately of Kennedy Holmes — she was so poised. But could she sing like the Season 15 standout? Wow, could she. This kid poured so much heartache into her Lady Gaga cover, I think she not only broke my heart, she sprained my liver at the same time. She was nothing short of magnificent. Raw but controlled, and as emotionally open as I am after a fourth glass of wine. As Nick put it, she gave the coaches, only two of whom turned for her, “all the feels.”

Mandi Thomas (Team Kelly), “Time to Say Goodbye” — Grade: A | From the first note, this classically-trained opera singer sounded beautiful; Nick said afterwards that she’d even given him goosebumps. But I suspected she wouldn’t get a chair turn — opera on The Voice? I just didn’t see it happening, despite how fantastic Mandi was. However, she got a chair turn — Kelly’s. Half in jest, I’d’ve thought, she’d said previously that she wanted an opera singer on the show. And now that she had one, she was as certain that Mandi’s talents could be applied to other genres as I was eager to hear “Since You Been Gone” done opera style. 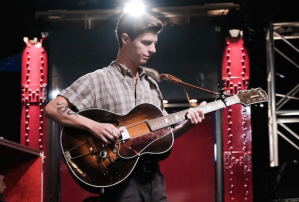 Jacob Miller (Team Nick), “The Times They Are A-Changin'” — Grade: C | Before we got a look at this baby-faced ragtime enthusiast, I thought that his Dylan impersonation was spot-on… well, except for the fact that he enunciated better than Bob and sounded sweeter, too. As his performance went on, it remained perfectly pleasant but lacked dynamism. Not a whole lotta range, either. John called Jacob’s audition “powerful” but, tellingly, he hadn’t turned his chair. I have a hunch that the singer Nick all but adopted into the Jonas Brothers wouldn’t make it past the Battles.

Jon Mullins (Team Blake), “Don’t Give Up on Me” — Grade: C+ | Ahead of Jon’s Blind, we heard about how this song encapsulated the tumultuous last couple of years of his and his wife’s lives (as she recovered from a face-plant onto a concrete floor). Initially, he sounded good — generic but radio-friendly. Then, he really went for it and, I thought, went a little too far; he ended up coming off desperate rather than passionate. So a little restraint might go a long way toward helping the contestant who was so excited about getting a throne turn from “the king.” 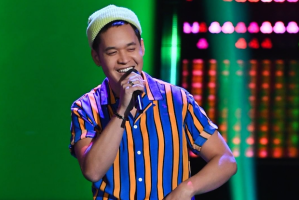 Jacob Daniel Murphy (Team Blake), “Until You Come Back to Me (That’s What I’m Gonna Do)” — Grade: C | Once I got past how much this 27-year-old’s outfit reminded me of a colorful sailor’s, I thought he sounded like the kind of singer you’d expect to hear on a cruise ship: competent but unexceptional. He can sing, sure. But there’s no heft to it, no “there” there. It was the sort of performance you’d forget before you’d come back from the fridge after your next snack break. I could only imagine that Blake had picked Jacob up as cannon fodder for the Battles.

Zan Fiskum (Team Legend), “Light On” — Grade: A | This Seattle indie-popster, who insists on calling her RV a “tiny house,” got a chair turn from Nick almost immediately with her airy vocal — and it was irresistible, a siren song whispered as much as sung. As she went on, though, she revealed that she was hiding powerful gales underneath her enormous hat. When she unleashed the full force of her voice, it could knock you down. It certainly knocked Kelly out; she marveled that Zan’s “tone almost has reverb.” So she didn’t even need vibrato. 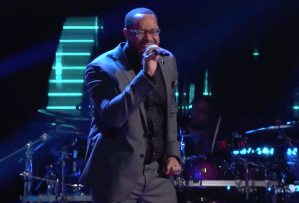 Roderick Chambers (Team Nick), “Back at One” — Grade: B- | “In entertainment years, I’m a dinosaur,” laughed this almost-40-year-old charmer, who guessed that he had been “the cute one” in his old R&B group. On stage, he ably demonstrated that he has pipes — at times, you could imagine that you’d heard him on the radio in the 1990s. But his one-chair-turn audition wasn’t terribly memorable or terribly polished, and there was one note in there that made my ear feel the same way it does when I stick a Q-Tip in too far. Overall, not bad, but not great.

Jules (Team Kelly), “Ain’t No Rest for the Wicked” — Grade: B+ | After gaining enough confidence to sing without hiding under a towel (as she did in her debut at her sister’s birthday party), this 15-year-old apparently developed a helluva voice. I couldn’t believe that she didn’t get any chair turns till near the end of her performance. Her lower register was so cool, it felt like a dare that she’d taken; elsewhere, she sang with a sassy twang that should’ve made her a no-brainer for Blake from the beginning. I just wish I didn’t get this vague whiff of phoniness from her (which may well have been misperception, anyway). 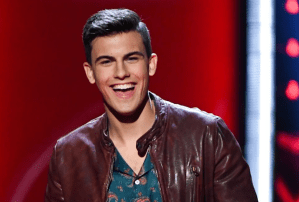 Michael Williams (Team Nick), “You Say” — Grade: D | This 18-year-old, stricken with ulcerative colitis, was so unimpressive in his truncated Blind that I’d scarcely taken any notes on him when surprise! Nick turned his chair for him. Even in praising the teenage dream’s performance, Kelly could only say that his falsetto would be great — when it was perfected (and it was not!). If Nick thought that he could coach Michael to excellence, he had his work cut out for him.

Mike Jerel (Team Legend), “It’s a Man’s, Man’s, Man’s World” — Grade: A+ | First of all, thank you, Mike. He included in his audition so many runs that I’m pretty sure just listening counted as exercise. (No more jogs this week!) Second of all, damn. The four-chair-turner included all those runs without sacrificing passion; in fact, he was so into his performance, he called to mind Season 12 winner Chris Blue and even Alicia Keys. (Mike would do a kickass version of the former coach’s “Fallin’,” no?) Every time I was sure he couldn’t possibly go bigger or more intense, there he went, getting bigger and more intense. As Kelly put it, “You just set the room on fire.” I thought, no question about it, Mom was right — he should’ve joined Team Legend — and, halo shining, Mike agreed.

So, what did you think of Monday’s Blind Auditions? Vote for the standout below, then hit the comments.