Grey’s Anatomy vet Camilla Luddington announced on Monday that she is pregnant with her second child — which, if the ABC serial were to write it in, sure would throw soon-to-be-ex husband Alex a curve ball!

Stemming from original cast member Justin Chambers’ abrupt parting of ways with Grey’s, the March 5 episode revealed — via a series of handwritten letters from the MIA doc that characters read to themselves on-screen — that he had reconnected with former love Izzie and was now living with her in Kansas, along with their 5-year-old twins, Eli and Alexis. 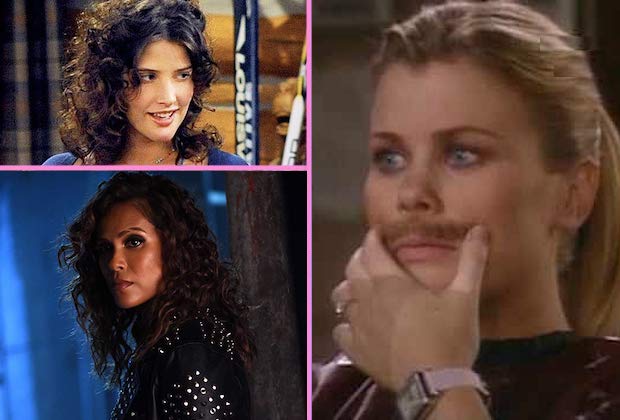 Alex wrote to his wife Jo that “it felt like no time had passed” when he reconnected with Izzie after years of silence. And if it had just been a case of him missing his first wife, that’d be one thing. But she’d had his kids, via the eggs Alex had fertilized back when Izzie was fighting cancer. “I need to give these kids the family you and I never had,” he told Jo. “When I told you I loved you, I meant it, but Izzie has our kids.” Ergo, the enclosed, signed divorce papers. #Ouch #StillTooSoon

As entertaining as it might be to speculate that Grey’s will write in Luddington’s second pregnancy (after shooting around her first one, during Season 13), and thus give birth to a bouncing bundle of dramatic irony, the fact is that the show has kept hidden the actress’ pregnancy for months already, Luddington revealed.  So it would appear that ship has sailed…?

Luddington and her husband Matt have a daughter, Hayden, who turns 3 in April.

Me: “I’m just gonna do a super casual pregnancy announcement.” Also me: “I NEED PRINCESSES!!!!!!” 👑✨💫🌟👑✨🌟💫👑✨🌟💫👑 Okay so… Matt and I are so happy to fiiiiinally post after months of “hiding” that i am pregnant! We are beyond excited to add to our little family and give Hayden a sibling. And yes, I’ve been away a lot from social media the past few months because OMGGGG the exhaustion and OMGGGGGG the morning (read: alllllll day) sickness. Have I been 🤮 mid filming at work? Yep! Oh the glamor of growing new humans 🤣. But in all seriousness, we feel so lucky and I can’t wait to bring you guys along for the remaining months of this baby #2 journey!! *Shout out to the one and only Cinderella for helping me with this pic yesterday 🥰 ❤️❤️❤️❤️