We’ve got questions, and you’ve (maybe) got answers! With another week of TV gone by, we’re lobbing queries left and right about shows including The Rookie, Black Lightning, The Resident and Devs!

1 | Any Hawaii Five-0 fans ask their own Alexa if “Danny Williams is an idiot”? To see if her response was the same?

2 | Was Nicki Minaj’s hilarious, insightful, entertaining appearance as a RuPaul’s Drag Race guest judge enough to make up for that hot mess of an American Idol season she did back in the day?

3 | For his inevitable fourth time hosting SNL, how might John Mulaney follow up “Diner Lobster,” “Bodega Bathroom” and Airport Sushi”? 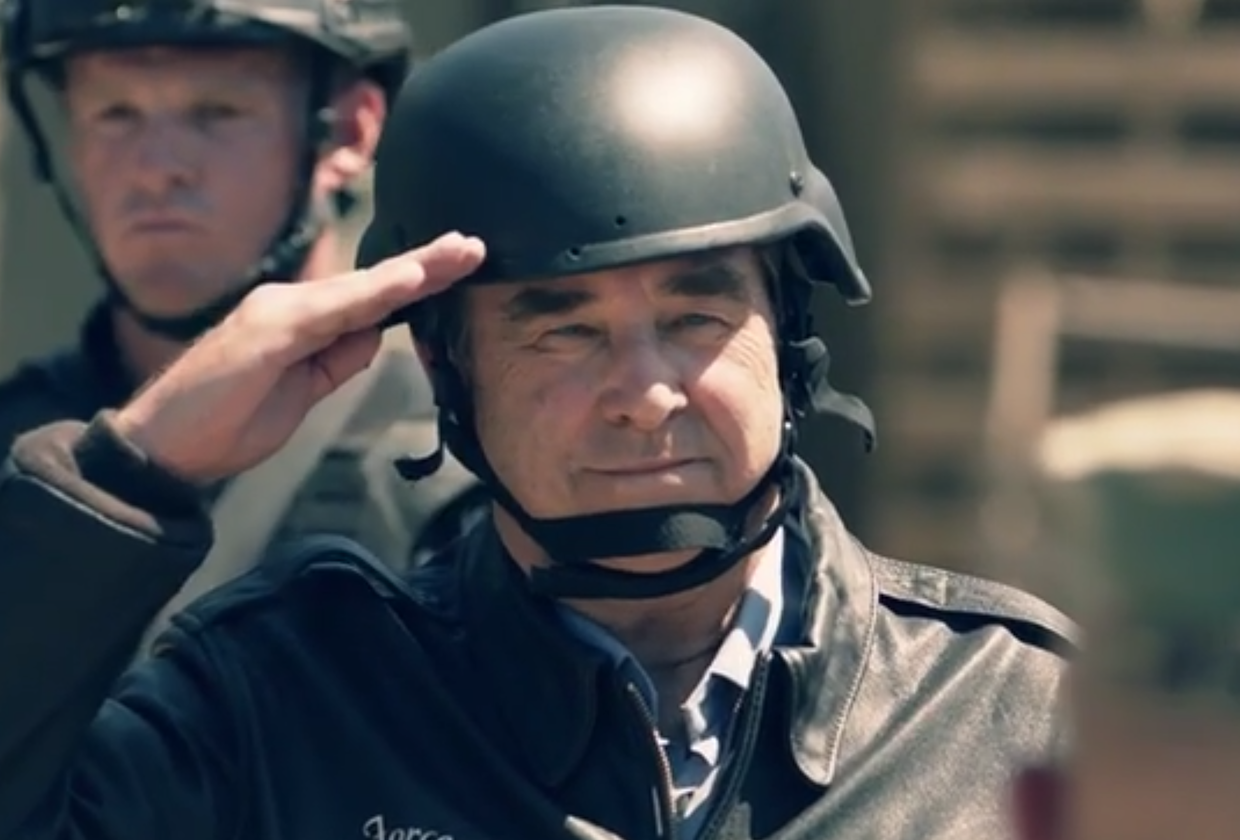 4 | With all of Homeland‘s ominous foreshadowing about President Warner’s visit to Afghanistan, weren’t you pretty sure that something bad was going to happen to him? And didn’t him wearing that helmet give you flashbacks to that the infamous Dukakis-riding-a-tank photo?

5 | With one of The Outsider‘s trusted few already taking a bullet to the head (R.I.P.), who else do you predict won’t make it out of the cave alive in the season finale? Is it possible for Holly and Andy to have a happy ending?

6 | Was The Rookie a bit on the nose having Jackson get recognized during his and Angela’s very first stop of the day? Also, was the use of a flash grenade during the final takedown such a good idea since the baddie squeezed off six shots, blindly, before Nolan tackled him?

7 | Has Black Lightning‘s Jordan Calloway (Khalil/Painkiller) been delivering some of the very best fight scenes in the Arrowverse this TV season, Arrow itself included?

8 | Did Manifest have your eyes rolling a bit with Olive and Ben earnestly sharing their first memories of dearly departed TJ… who had been in their lives, what, a few weeks? 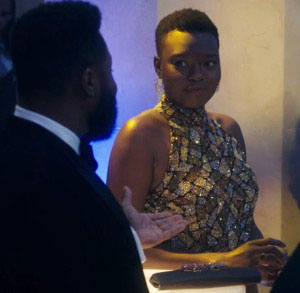 9 | When did The Resident‘s Mina, a full-time surgeon, have time to hand-stitch all those beads on her gown?

11 | Riverdale viewers, how many of you (correctly) guessed that Jughead was alive the whole time? And even though they were only pretending, did you sense any genuine sparks when Archie and Betty kissed?

12 | Shouldn’t LEGO Masters host (and LEGO Movie star) Will Arnett have offered that one beleaguered team “the Kragle” instead of just “glue”?

13 | Isn’t The Masked Singer‘s Season 3 rollout — with the best performers in three groups advancing to a Super Nine — much more satisfying than the way the contestants were introduced en masse in Seasons 1 and 2? 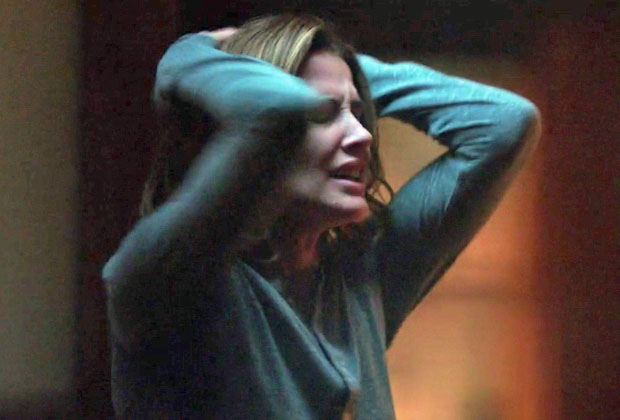 14 | While we can all agree that Stumptown has some killer music cues, did the use of Fleetwood Mac’s “The Chain” actually take away from the intensity of Dex’s PTSD episode?

15 | How emo did you get when Survivor‘s Ethan finally completed that Edge of Extinction challenge? Did the Dakal tribe make the right choice eliminating a huge target/potential meat shield?

16 | Did SEAL Team sufficiently sell you on Vic, “panicked” as he was or not, so brutally betraying Ray just to save his own bacon?

17 | Is Party of Five still Party of Five if Emilio doesn’t have to raise Val and Rafa? And Emilio is totally a better person than Charlie Salinger was at the start of the original series, yes? Also, did you spend most of the finale worried that Beto and Ella had secretly gotten married? 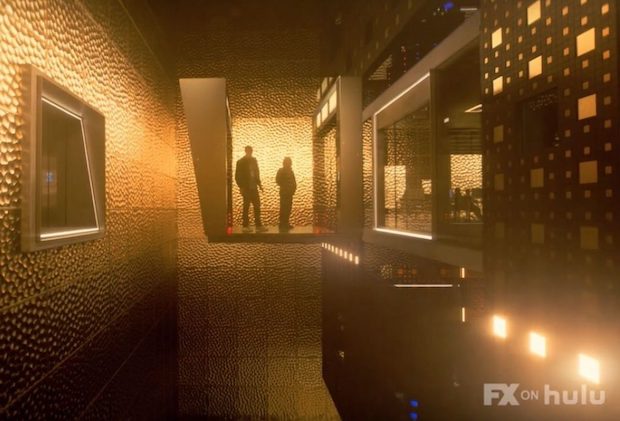 18 | We saw Devs‘ Sergei use the restroom — so how is, um, sewage getting in and out of the electromagnetically suspended, air-gapped Cube?

19 | In Better Things‘ Season 4 premiere, Phyl’s mental and physical health have declined even further. Do you think the show would ever kill her off? Also, when did Duke become a self-help guru?

20 | When is The Sinner‘s Jamie finding time to create lesson plans for his high school class amid all his personal drama?

21 | But seriously, how is CBS’ Tommy — which films in New York (at Edie Falco’s request) — pulling off those sun-baked, outdoor L.A. scenes? By renting every potted palm in the tri-state area?

22 | Mom fans, were you shocked/delighted when the long-absent Roscoe was finally referenced in Thursday’s episode, suggesting that he is still very much a part of Christy’s life despite living with Baxter? 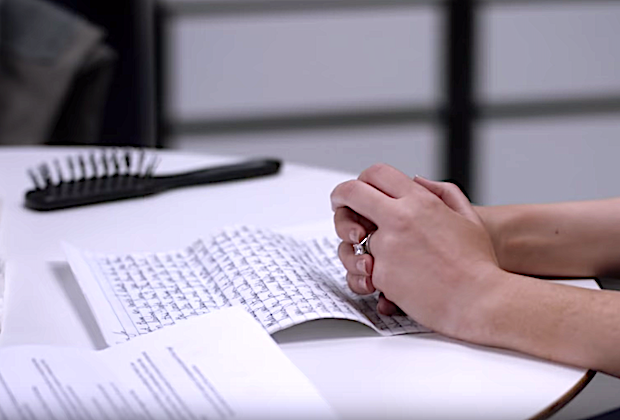 23 | Did Grey’s Anatomy surprise you as much with the legibility of Alex’s handwriting — he is a doctor, after all! — as it did with his and Izzie’s reunion? Also, do you think Katherine Heigl was, same as you, watching at home, going, “Seriously?”

24 | On A Million Little Things, if the loose joints found in Sophie’s sleeping bag were Sophie’s, as we found out this week, why did the show set it up like it was some big mystery?

25 | Did you almost — even for a split second — think that grown-ish was going to make something happen between Ana and Vivek at Zoey’s birthday party? (And would you have hated it?)