After putting their own spin on many a fairy tale, Once Upon a Time creators Adam Horowitz and Eddy Kitsis are now ready to tell some Amazing Stories, in Apple TV+’s revival of the 1980s anthology created by Steven Spielberg.

Debuting Friday, March 6, the new anthology kicks off with “The Cellar,” which stars Dylan O’Brien (Teen Wolf), Victoria Pedretti (Haunting of Hill House) and Sasha Alexander (Rizzoli & Isles), followed by weekly releases.  Subsequent episodes include, in no particular order, “The Heat,” “The Rift,” “Signs of Life” and  “Dynoman and the Volt,” which features the late Robert Forster (Karen Sisco).

TVLine invited Horowitz and Kitsis to break down what makes for an Amazing Story, share how Spielberg himself was hands-on in shaping the new yarns, and detail the freedom that streaming brings.

TVLINE | I admittedly was mostly a Twilight Zone guy growing up. Remind me, what were Amazing Stories‘ “calling card” episodes? What’s the equivalent of “Burgess Meredith breaks his glasses”?
ADAM HOROWITZ | I think there are a number of them. I would suggest you go back and work your way through them. Steven [Spielberg] directed a few of them….
EDDY KITSIS | There’s this great World War II episode with Kiefer Sutherland in it, “The Mission,” that I think is “the Burgess Meredith episode.”
ADAM | Start with that one. But yeah, the show we saw as kids made a huge impression on us, so it’s kind of head-spinning that here we are years later making a new iteration of it.

TVLINE | When showrunning an anthology, do you come up with the five ideas yourselves and then have writers script them out? Or do you solicit ideas and choose from them?
EDDY | No, we actually had a writers room. With Steven, we generated the five ideas, and sometimes a writer then comes to it with an idea. In one instance, we loved a writer’s spec so much that we kind of redeveloped it for Amazing Stories.
ADAM | We ran our writers room pretty much like any show we’ve run. We would generate ideas, then go sit with Steven and talk about them, and he’d inevitably have incredible thoughts and guidance of his own. It was an incredible collaboration that way. We would then go into the [writers] room and break the stories as we usually do.
EDDY | We called it “The Amazing Stories Think Tank.” 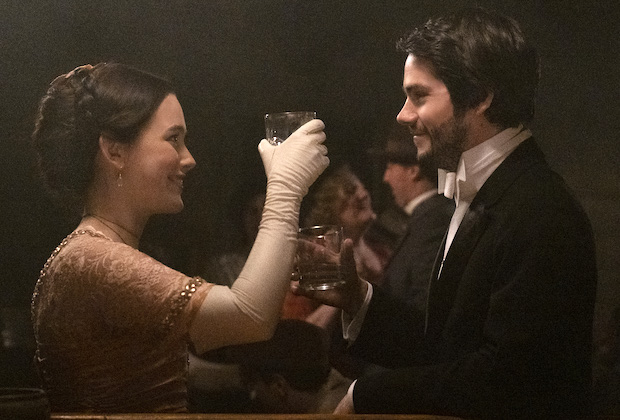 Victoria Pedretti and Dylan O’Brien in ‘The Cellar’

TVLINE | In your minds, what makes for an Amazing Story versus a Twilight Zone or Black Mirror story?
ADAM | It’s funny, we never think of it in relation to other shows. We always thought of it in relation to, “What is an Amazing Story?” What is this storytelling feeling that Steven started years ago, and how do you take that and bring it to today? The basic idea is: What is it like when the ordinary meets the extraordinary?
EDDY | They always start out in the real world, and then the extraordinary touches you — and how through that experience do you grow?
ADAM | Take [the first episode] “The Cellar,” for example. For that story, it was really important to do our best to meet Dylan O’Brien’s character in a very relatable world and situation and try to establish him as a real person with a real life dilemma. He’s trying to find his place in the world, and then ironically he discovers his place in the world is [SPOILER REDACTED].
EDDY | One of the things about Steven that we have always been obsessed with, be it the original show or his movies, was how much it really felt real. When I watch E.T., Elliot’s bedroom looked exactly like my bedroom. When he was all of the sudden using Reese’s Pieces to meet an alien, you were in. That aesthetic is the spine on which we launched everything. 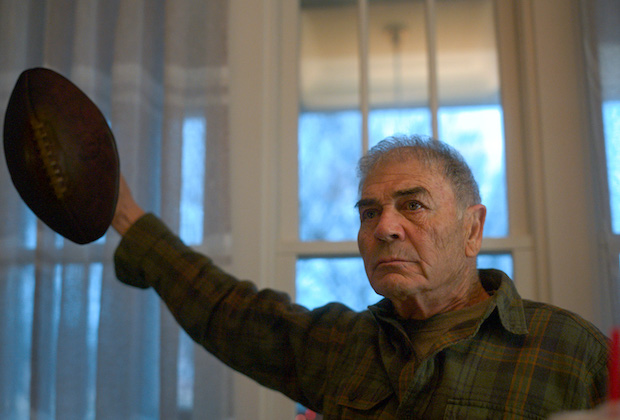 Robert Forster in ‘Dynoman and the Volt’

TVLINE | How much do you want to tease about the other episodes?
ADAM | Not a ton right now, because we would really like for the surprises to appear week to week. But what we would like to say that is the spine of them all is taking really relatable characters and putting them in situations that then get hit from unexpected places by something amazing. And they run the gamut of all different types of people in all different situations in all different parts of the world—
EDDY | And all different genres. There’s a time travel one…

TVLINE | And the trailer suggests Robert Forster becomes a superhero…
EDDY | Exactly. And there’s definitely an alien one…. Each episode deals with a different genre and a different slice of life, and hopefully reflects the world we live in today.

TVLINE | Why lead things off with “The Cellar”?
ADAM | You know, it just felt like an episode that really hit that “ordinary meets the extraordinary” idea.
EDDY | Listen, they’re all our children so they’re all my favorites. But what we loved about “The Cellar” is it felt unexpected. There are some that will definitely remind you of how Amazing Stories was thirty-some years ago, but at the same time, one of the things Steven always pushes you on is, “Never repeat yourself, and keep pushing forward.” So we were really excited about this episode because we felt like it was not necessarily something you were going to be expecting. 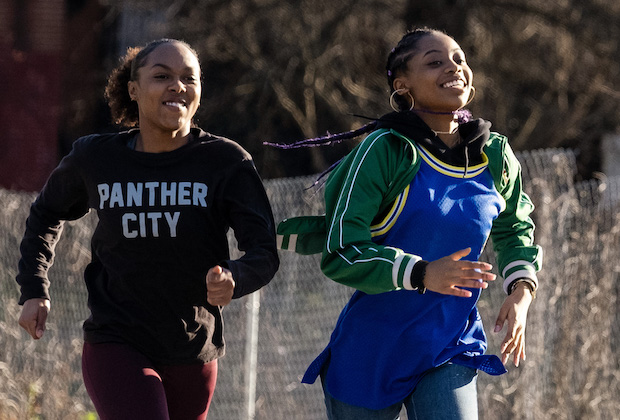 E’myri Crutchfield and Hailey Kilgore in ‘The Heat’

ADAM | We also put a lot of thought into the order in which these episodes appear, so that when you see the season unfold, you’ll see there is a variety and if we achieve what we set out to do, it won’t feel repetitive. But hopefully they all feel of a piece, in that they all fall under this Amazing Stories umbrella. “The Cellar,” in the context of all five, feels like we’re planting a flag in one direction so next week we can go in another. Next week’s episode [“The Heat”] starts in a completely different place and tells a completely different kind of story.
EDDY | “The Heat” is actually one of my favorites. It is basically a story about two friends in Oakland who are on a high school track team. 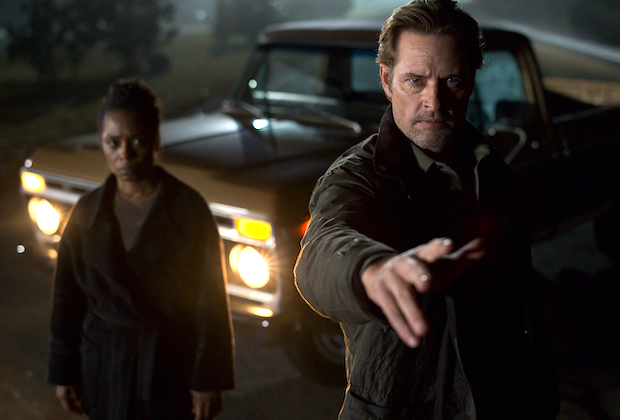 Michelle Wilson and Josh Holloway in “Signs of Life”

TVLINE | What have you found to be the No. 1 pro of producing for a streaming service versus a broadcast network?
EDDY | When we did Once Upon a Time, we had to fit everything into 42 minutes and 30 seconds, and sometimes the things that get sacrificed are really elegant cinematography or just a fun character moment. What we love about this is you get to be more cinematic, you get to let it unfold, you get to breathe. It was really freeing to say to a director, “Sure, you can do a 40-second one-er!” Because we don’t have to worry about cutting it.
ADAM | We had a lot of success and a lot of great partners making broadcast television, and we loved doing it, and everybody had a goal there of trying to make the best television we could. But there are constraints when making 22 or 23 hours in 40 weeks. In this world, what was wonderful and a great experience was being able to take a lot of time to really develop and craft these stories — on a story level, on a production level, and on a post-production level — to get them to a place where we all felt great about them.

TVLINE | Do you already have your next five ideas, if picked up for Season 2?
ADAM | What we learned in making this season is that this kind of show is not the kind of show where you sort of “bank” ideas. With a regular series where you have recurring characters, you can think about what’s going on them the next season. Here you are starting over with a blank page.
EDDY | Yes, we have some kernels of ideas of what we would do, things we maybe didn’t get to in the first season. But you also want to leave open the surprise of finding new things.

Want scoop on Amazing Stories, or for any other show? Email InsideLine@tvline.com and your question may be answered via Matt’s Inside Line.