CBS’ SEAL Team is now down a man, as a result of the mission failure that closed out the double-episode midseason premiere. Once the dust cleared and the pieces were put together, who was to blamefor the SNAFU that cost an innocent’s life?

Indeed, this Wednesday’s resolution to last week’s two-parter was a matter of putting together pieces — of a story — since Bravo Team had split up into multiple groups in the course of clearing the building where Dr. Craig and a colleague were being held hostage by Hezbollah operatives. When last we tuned in, Jason had just helped suppress the arriving baddies outside when he saw an explosion in the building Ray, Sonny et al had entered. As it turns out, Dr. Craig — the very man they embarked on this impulsive op to save — died in that blast. But what/who made that room go boom?

Ray recalled being with Sonny on the second floor when they got pinned down my a baddie with a machine gun, barricaded in a room down the hall with Dr. Craig. Ray lobbed a “crash” grenade into the room, intending to merely stun the shooter. But instead, the room exploded.

Clay then shared his POV, of clearing the third floor where Dr. Kay was being held, when a hostile wearing an S-vest came charging at Bravo. Clay signaled the others by yelling, “Avalanche!,” moments before the bomber went boom. Hearing Clay’s story, Sonny “remembered” seeing just such an S-vest on the shooter he and Ray had to deal with. It stands to reason, Sonny says, that that guy blew himself up as well. Case closed…?

Ray is not convinced, especially when he hears Sonny confabbing with Davis about his suspect story (tl;dr Hezbollah typically doesn’t blow up hostages). Before they touch down back home and have to report to irked brass, Ray reconvenes the team for another After Action Report, during which Sonny “corrects” himself, that the guys in the room with Dr. Craig were only in tees. Maybe the “crash” grenade ignited two diesel canisters nearby? That theory doesn’t pass muster, either.

Ray eventually comes to suspect/worry that he lobbed not a “crash” grenade but a far more explosive “homewrecker,” which is similar in shape/size. And Bravo was scrambling pretty quickly, grabbing at a paltry munitions stash before attempting this favor for Mandy. Everyone on Bravo protests Ray’s plan to take the fall — and thus nuke his career, let alone his Warrant Officer dreams — but he holds firm. Though when push comes to shove, deplaning with Jason, we can sense his true anxiety, about how his life is about to dramatically change. 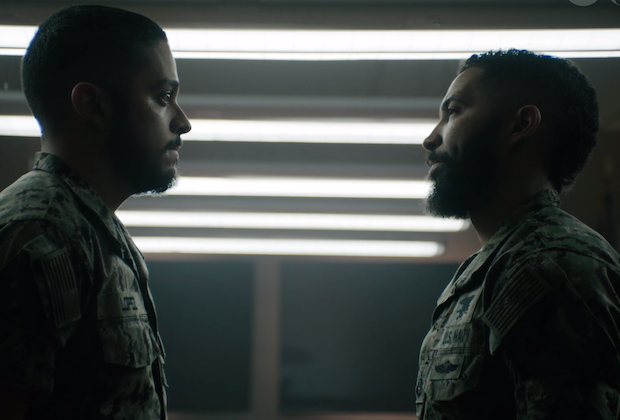 Except… it doesn’t. Because in the course of vetting Davis’ own actions as Bravo embarked on this op, Mandy discovered that ISR was up and running throughout. And the footage shows a figure lob something into the room Dr. Craig was in, from outside. And that person was Vic, the new guy, who admittedly had no idea that the hostage was beyond that open window. Still, he was mum once the S-vest theory gained some traction, and worse, stayed quiet when Ray decided that he was to blame. When in fact it was Vic’s “homewrecker” that caused the deadly blast.

Needless to say and quite rightly, everyone on Bravo is disgusted by Vic’s silence. Vic explains that he simply panicked, didn’t want to lose his newly found family yada yada. Ultimately it falls on Ray, the very man who vouched for this new kid to come onto Bravo (versus Clay’s pick), to decide his punishment. And while Ray is able to forgive and hug Vic, the kid has proven he cannot be trusted. And what is Bravo when out in the field but reliant on trust? As such, with Jason’s knife, Ray slices off Vic’s trident badge, booting him from Bravo ASAP.

What did you think of the episode “Fog of War”?