Freeform’s Party of Five reboot wrapped up its first season on Wednesday with a 90-minute finale that introduced a very different Acosta family setup for Season 2 — should the series get renewed.

In Mexico, Beto senses that something is off between his parents, who are going through a difficult time in their marriage. To try to make things right and get his wife to forgive him, Javier suggests to Gloria that they have another baby that can stay with them. But Gloria can’t do that to Val and Rafa because it would be like replacing them. 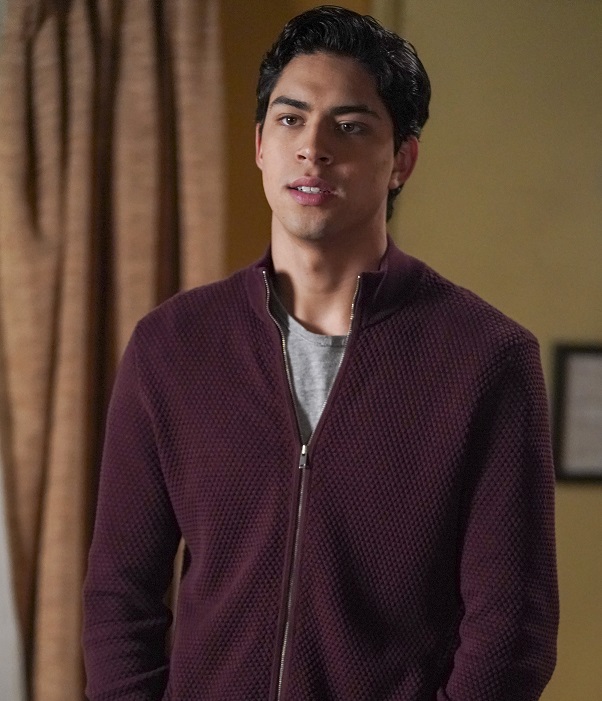 Val, who is also going through a tough time, tries to throw away her passport in hopes of staying with her parents. She even begs them to let her and Rafa live with them in Mexico. She’s still mad at her mom and hasn’t had enough time to get over it, she explains to her dad. Plus, as she tells Beto and Lucia, she needs someone to teach her how to be a woman, a task which Lucia isn’t up to, in Val’s opinion. When Javier presents Val’s request to Gloria, she’s upset at him for using their children to manipulate her — and Ella, who’s come to Mexico to make sure she and Beto are OK, overhears the conversation in the next diner booth when the parents suddenly switch to English. That prompts Beto to have a talk with his mom, in which he tells her that he’s going to be OK, because he had years with her that Val hasn’t. After that, Gloria agrees to let Val and Rafa stay with them in Mexico.

In a sweet scene, Emilio looks pretty crushed by the news as Val assures him that her choice wasn’t because of anything he did or didn’t do. “You should be a father when it’s your choice, and you’re gonna be great at it,” she tells him. “It’s gonna be the thing that you’re best at.” But for now, Emilio needs to figure out his next step.

“What if the truth is taking care of those kids actually gave me a life?” he says to Natalia, before asking, “What if what I want next is you?” She’s very agreeable to that, and they finally hook up. With Val and Rafa no longer in his care, and Beto and Lucia practically being adults, Natalia convinces Emilio to take a road trip across the country to the songwriting competition they entered. 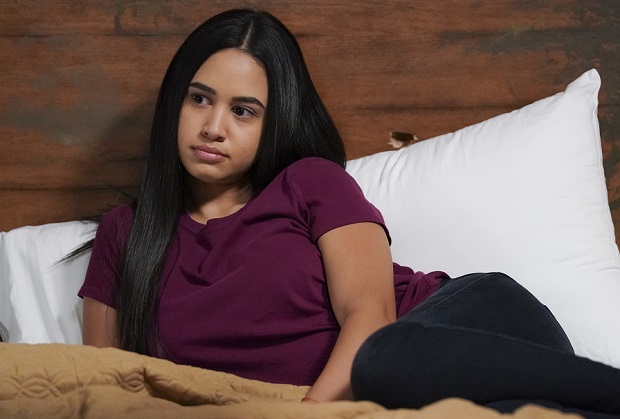 Back to Lucia for a second. Even though her mom reassures her that she’ll always love her, Lucia is so freaked out by her accidental slip about her feelings for Sully that she makes out with the motel housekeeper’s son. Then when Val accuses her of not being girly and maternal enough, she’s so hurt that she has sex with the boy, and from her body language afterward, she clearly regrets it. After she returns home early, Lucia asks Matthew about how he knew who he was and how he embraced it. “There came a time in my life where I couldn’t be anyone else,” he says, to which Lucia responds, “I’m not there yet.”

Elsewhere, Ella reveals to Beto on their ride home that she wants to try for emancipation. But where would she live, Beto wonders?… as her eyes spark with an idea.

What did you think of the season ender? Did it leave you wanting a second season? Grade the finale below, then hit the comments!