War comes to Bristol Cove in Season 3 of Freeform’s Siren (April 2, 9/8c), and Ryn’s baby might just be the ultimate bargaining chip.

“Ben’s shocking decision to let the reporter die at the end of season two has ripple effects in his relationship with Maddie and Ryn,” reads the network’s official synopsis for the third season premiere. “Meanwhile, a dangerous, sophisticated new mermaid arrives in Bristol Cove, challenging Ryn’s leadership and igniting an epic undersea battle between rival tribes. All of this is complicated by the fact that Ryn’s baby, now being carried by a surrogate, must be protected at all costs.”

All of that — and so much more — is teased in TVLine’s exclusive trailer for Siren‘s third season, which offers a first look at new series regular Tiffany Lonsdale. Her character, Tia, is described as “an extremely intelligent mermaid with a highly evolved knowledge of the human condition. She speaks several languages, understands advanced science and technology and was trained as a high level warrior.” And as you’ll see in the trailer, she doesn’t back down from a fight.

TVLine also has an exclusive first look at Siren‘s Season 3 key art, which puts Ryn’s baby at the center of the action: 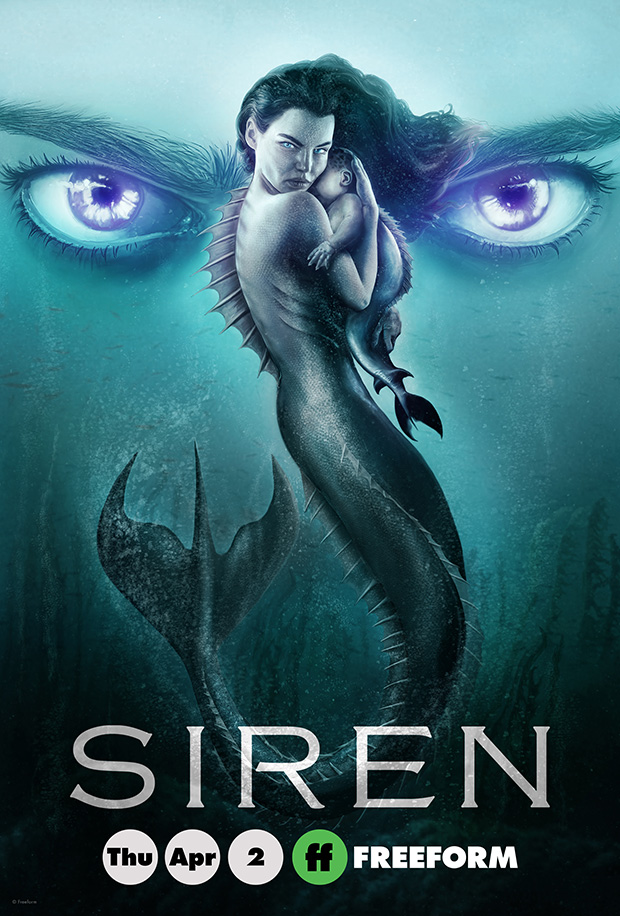 Hit PLAY on the video above for your exclusive first look at Season 3, then drop a comment with your hopes below.