THE PERFORMANCE | For those of us used to seeing Graham as sunny innkeeper Lorelai Gilmore on Gilmore Girls, it might’ve been tough to warm up to her as Zoey’s prickly, hard-charging boss Joan on NBC’s musical dramedy. Until this week, that is. Graham took full advantage of a showcase episode and let Zoey (and us) see the self-doubting vulnerability behind Joan’s tough exterior — and even belted out a few numbers in the process.

Graham’s energy was infectious as Joan rocked out to the Stones’ “(I Can’t Get No) Satisfaction” in the women’s bathroom in front of a confused Zoey. As Zoey dug deeper, she learned that Joan’s dissatisfaction stemmed from her unhappy marriage to tech titan Charlie (Justin Kirk), and she offered her boss a friendly ear. At first, Joan was reluctant to open up (“I don’t vent. I scream into a pillow.”), but she eventually softened and confided in Zoey, and Graham gracefully added a depth and breadth to Joan’s character we hadn’t seen yet. Abandoned by her husband at an all-important release party, Joan decided to do the demo herself, and Graham took the stage with a triumphant rendition of Katy Perry’s girl-power anthem “Roar.”

The singing was a lot of fun, of course, but the real heart of Graham’s performance came in the quieter moments, when we could see Joan tap into an inner strength she didn’t know she had. We don’t expect Joan and Zoey to be BFFs after all this — we’d kind of miss Joan’s snide sarcasm if it went away, honestly — but it was a pleasure to glimpse a more human side to Joan, thanks to Graham’s winning performance. 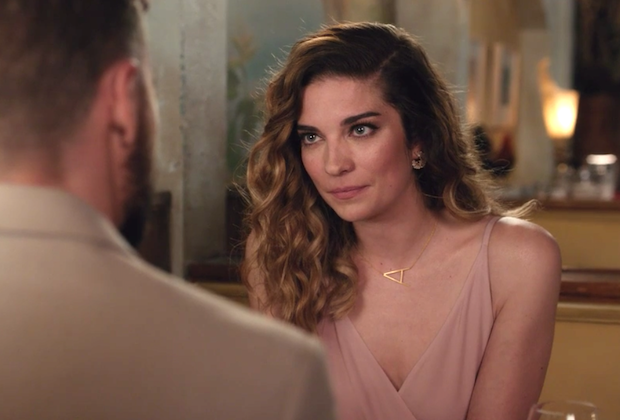 HONORABLE MENTION | We can still scarcely write about Tuesday’s Schitt’s Creek without sniffling. But we must, in order to lavish praise on Annie Murphy for making Alexis and Ted’s poignant split feel more like the couple was growing up than breaking up. Though the actress laced her performance with her trademark, fluttery Alexisisms, she tempered them with her character’s awareness that she was at a crossroads. When finally she revealed her decision about her and Ted’s future, Murphy all but glowed through Alexis’ sadness, willing herself to mean her smile and focus not on what they were losing but on what they had gained through their relationship. It was a lovely piece of work and just the latest occasion where Murphy made Alexis’ evolution a revelation. 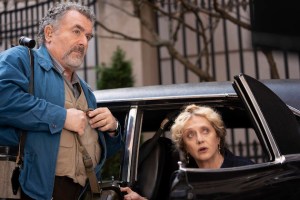 HONORABLE MENTION | If you had told us weeks ago that watching a senior citizen/ vigilante sit at the kitchen table and talk to her dead husband would reduce us to sobs, we would’ve scoffed and said, “Feh.” But by Episode 8 of Amazon’s Hunters, Carol Kane‘s Mindy and Saul Rubinek‘s Murray felt like family, a testament to the actors’ endearing ability to portray both humor and bone-deep grief. The pair made the Markowitzs’ relationship so deep and real that Mindy’s bittersweet reunion with Murray and their son Aaron, who’d been murdered at Auschwitz as a child, made it feel like our own bubbe was saying goodbye to our zayde —  in a word, heartbreaking. We’re not verklempt, you are! 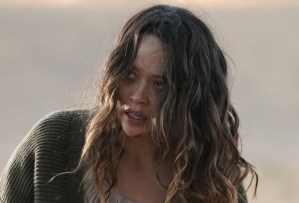 HONORABLE MENTION | The greatest testament to Melissa O’Neil‘s performance on The Rookie is that even though Officer Lucy Chen had been doped by a “date,” hauled in a trunk to parts unknown and then tied up, we never wrote her off. How even in the face of a deranged killer, there was a spark in her otherwise weary eyes. We could see her plotting, to rattle her captor by claiming he was but a mentee of Rosalind Dyer’s, moments before she made a valiant, ill-fated, escape  attempt. Then, as Lucy was led to her would-be grave — an oil drum inside of which she’d be buried alive — we saw that flicker of light in her eyes dim. Still, Lucy was not fully defeated, cunningly slipping off a sparkly ring that, just maybe, might lead to her salvation. 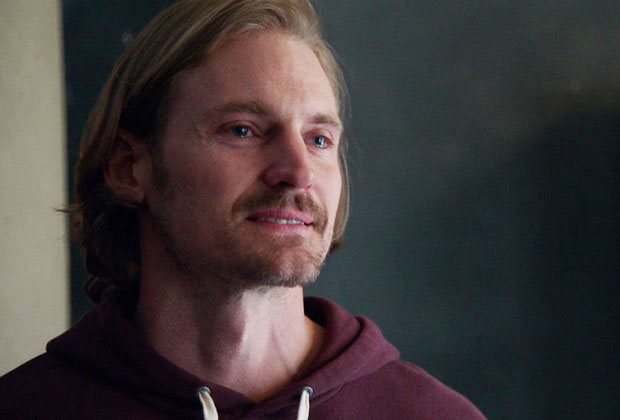 HONORABLE MENTION | On Good Trouble, Dennis’ grief over his son’s death gave way to a quietly devastating performance from Josh Pence. Attempting to move past the trauma into a healthier way of coping, Dennis showed Gael the giant collage of his son that decorates his bedroom wall. “I know that looking at it every day is not good for me. I can’t take him down, but…” Dennis trailed off as Pence’s eyes and voice ached with loss. “I thought maybe you could turn him into something beautiful, you know, like he was. Something I could live with. That I can look at without hurting so much.” Although we hate to see Dennis in so much agony, Pence depicts his character’s overwhelming heartache with such grace and depth that we can’t help but cheer.