Marla Gibbs is moving back into 227, by way of One Day at a Time. The sitcom legend will guest-star during Season 4 of the Pop TV sitcom, reuniting her with Jeffersons creator Norman Lear.

Gibbs will appear in the ex-Netflix comedy’s first-ever Halloween episode as Mrs. Jones, a new neighbor whose apartment Elena and Syd visit for trick-or-treating. The aptly titled “One Halloween at a Time” will also feature Late Late Show bandleader Reggie Watts as a fellow new tenant, Mr. Mann. The episode airs on Tuesday, April 14.

TVLine has confirmed that Gibbs’ Mrs. Jones occupies none other than Apt. 227. Pop TV has released the following photo, which features Gibbs and Watts alongside ODAAT co-showrunners Mike Royce and Gloria Calderón Kellett. 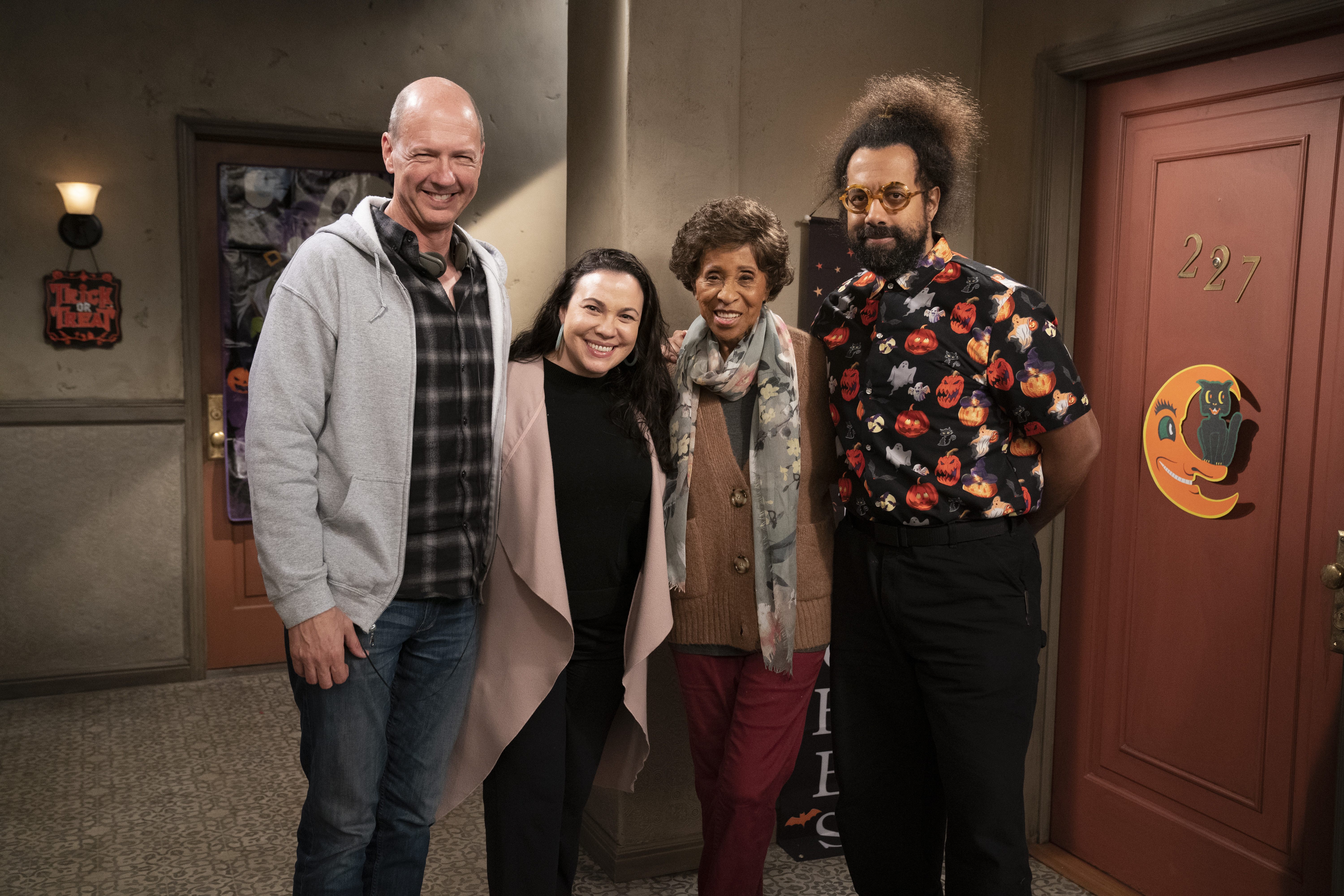 Gibbs last reunited with Lear back in May, when she reprised her role as the Jeffersons’ housekeeper Florence in ABC’s inaugural Live in Front of a Studio Audience special.

As previously reported, One Day at a Time Season 4 kicks off on Tuesday, March 24, at 9:30/8:30c, following an all-new episode of Schitt’s Creek. Then, beginning April 14, ODAAT will move to 9 pm, after Schitt’s Creek has finished airing its sixth and final season.

Are you looking forward to ODAAT‘s first Halloween episode?