Sean Roman was supposed to return to the Windy City much earlier than this Wednesday’s crossover between Chicago Fire and Chicago P.D. (starting at 9/8c on NBC). In fact, the #OneChicago franchise’s big “Infection” fall event might have looked very different if the original plan had worked out.

“We do two crossovers a year, typically a gigantic one in the fall and then a Fire/P.D. one in the spring, and originally, this was going to be our fall idea, where it involved Med,” Fire showrunner Derek Haas says of bringing back former P.D. series regular Brian Geraghty. “That was what we were talking about way back in June.” But alas, Geraghty, who also co-stars in the USA Network drama Briarpatch, was busy, “so we shifted our focus to the ‘Infection’ story, but we kept on Brian’s rep, saying, ‘Give us some free time or some time where he would be able to work with us.’ It’s two episodes, so it requires a good three or four weeks of his time. But we finally figured it out.”

Adds P.D. boss Rick Eid, who joined the NBC drama a year after Geraghty’s exit at the end of Season 3: “He’s a great character, and I never got to write for him. I really like the actor, and I like the character. We had interesting stuff planned for him in the original crossover that we did earlier in the season. So with that in mind, we started thinking of a new crossover idea.”

Below, Haas and Eid preview Roman’s homecoming, his “complicated” reunion with ex-girlfriend Burgess and his surprising “friendship” with Severide.

TVLINE | What made Roman the right character to build this crossover around and to bring back?
RICK EID | I feel like he was a well-liked character, and there’s unfinished business with him, and maybe unfinished business with him and Burgess. So the idea of bringing him back for some compelling reason, and in some emotional way, when Burgess was also in an emotional place, was the thing that got me excited about it. 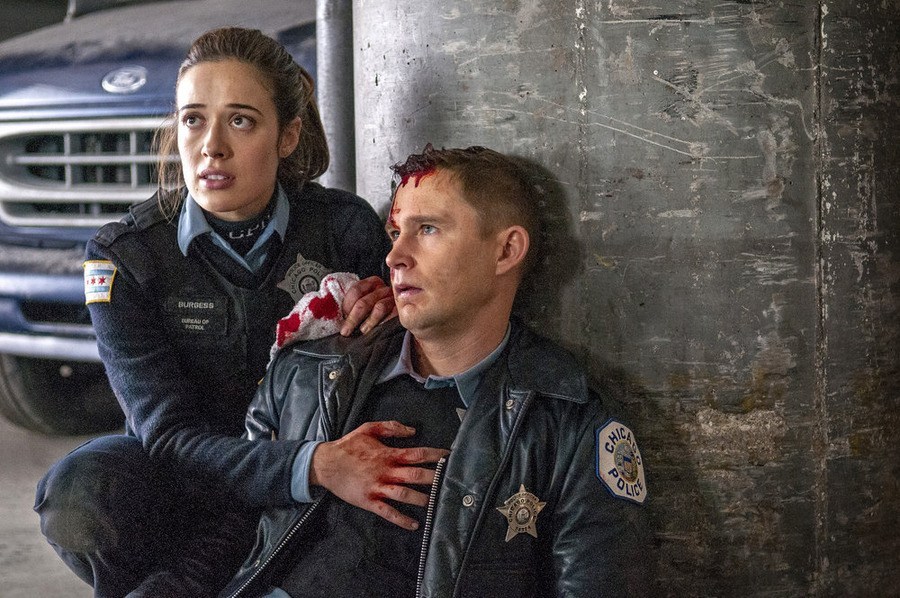 TVLINE | Derek, you actually wrote some episodes of P.D. when Roman was still there, is that correct?
DEREK HAAS | Oh, yeah! I remember Brian first getting hired, and I remember breaking the character with [executive producers Matt] Olmstead and [Michael] Brandt. Sean Roman was named for John Roman, our Chicago Fire line producer at the time. At the time, we were just like, “We need a Severide on Chicago P.D. We need that kind of rough-and-tumble rule-breaker,” and that was the genesis of that character. I loved writing for Roman. In fact, one of my favorite episodes that I did for P.D. was the one where he and Burgess were stuck in this warehouse in Season 2, and I had a great time with them.

TVLINE | Rick, was it challenging or an exciting opportunity to get to write for a character who has history with the show but is new to you?
EID | It’s exciting. I love writing for interesting characters and great actors.

TVLINE | Did you have to go back and watch some of Roman’s episodes or talk to Derek about what he was like back then?
EID | I’d seen him, just watching earlier shows, so I knew who he was and what his role was in all that, but then I went back and watched with a little more intensity just to see how he interacted with people. You get a sense of who people are pretty quickly in terms of characters and what they might be capable of and who they are. You end up creating your own backstory for the character when you start writing it. So you get enough to know what’s been said to the audience, and what’s been established for the audience, and then you just kind of turn him into your own thing.

TVLINE | What was it like navigating this crossover, given that Roman’s a P.D. character, but he’s reintroduced on Fire, and the investigation sort of starts on Fire, albeit in a nonofficial way?
HAAS | Typically, because our tone can be different than their tone, if the story was going to be a crime story like this one is, we try to match P.D.‘s tone so it feels like it’s all one piece. Then I try, in my first hour, to also give the Chicago Fire fans who maybe don’t watch P.D. reason to watch this episode. So we have this ongoing storyline with Brett, where her birth mother has given her home address, and it’s not that far from Chicago. So you have to watch if you’re a Chicago Fire fan. You can’t say, “Oh, I’m just going to skip out on this one because it’s about Roman and crime.” 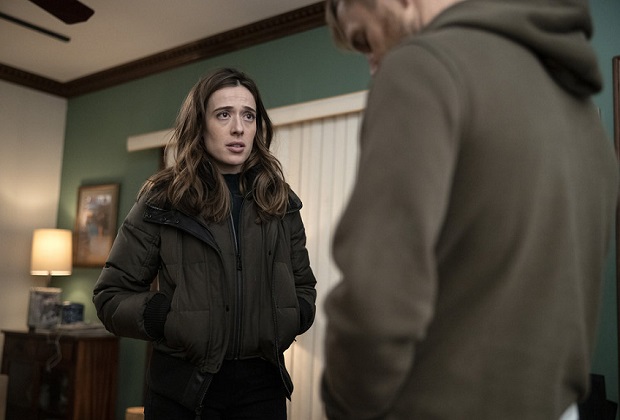 TVLINE | When Roman comes back in the picture, how do the other characters feel about his return?
HAAS | He had gone to San Diego when we last saw him on P.D., and so the fact that he’s even in town is a surprise to everyone. He learned up under Voight, so he’s kind of a junior Voight. There’s a crime that affects his family, and he works with P.D. and wants to find answers, and he’s not going to take no for an answer. There’s a reason why he comes to the firehouse first, because we responded to some incidents, and he wants to get some answers. He comes by seeking out people he knows.

TVLINE | Roman has a romantic history with Burgess, so how would you describe the dynamic between him, Burgess and Ruzek in this crossover?
EID | It’s complicated. Burgess and Roman have a particularly interesting relationship, dating back several years, and then to not see each other or communicate for that long, and this idea that he wasn’t returning calls or texts, and in particular, the emotional place Burgess was in, having just lost the baby, and the emotional place that Roman is in, looking for his sister, whom he’s very concerned about, it’s… Not only is it two people with unfinished business in their own lives, it’s two people that are struggling to figure out their present lives. So that was the idea that got us excited to try to build some sort of relationship and arc between Burgess and Roman both going through difficult times together in this episode. 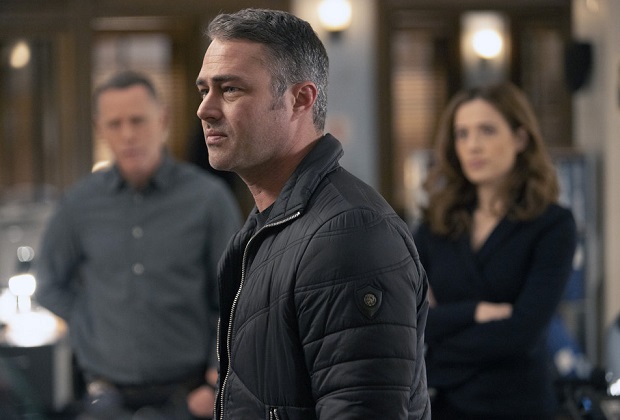 TVLINE | There’s a lot of Severide and Roman scenes in this crossover, which is not a pairing that I remember seeing a lot of. Can you preview Severide’s involvement in the story?
HAAS | It’s funny, because when viewers watch the little promos, they’re like, “Severide and Roman weren’t friends!” [Laughs] I’m just, “Well, watch the episode,” because it’s not like they were great friends, but they see the world in the same way. They both want justice, and sometimes, the system’s too slow, and we’ve seen that from Severide countless times over these eight seasons. So it’s a natural pairing of like-minded people. But it’s not like Roman just came and looked for Severide and said, “Hey, Severide, help me.” That’s not how it goes down.