Were I to sum up the second night of The Voice’s Season 18 Blind Auditions in the style of Nick Jonas’ destined-to-be-infamous notes, I’d scribble down the words “fun” and “eh.” There was a little more light hazing of the new coach (and he met a contestant whose email address had once been NickJLover), Kelly Clarkson found herself blocked (and on one of her own hits, no less!), and stepping into the spotlight was at least one really promising wannabe (and a few somewhat less promising ones). Read on — we’ll discuss, then you can vote for your favorite below and offer your own critiques. 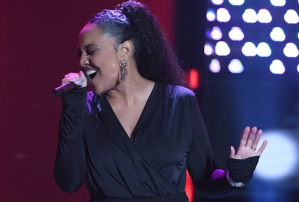 Arei Moon (Team Nick), “Miss Independent” — Grade: C+ | Arei, whose parents immigrated to the US from Cape Verde, told us in her pre-interview that she’d heard so many no’s in her career that she struggled to keep trying. But her Blind Audition with the tour version of Kelly’s hit got her a yes from both Nick and Kelly (who he blocked — total Blake move, Nick!). Arei wasn’t bad at all, but I felt like she meant to bring fire to the stage and only wound up delivering the occasional spark. 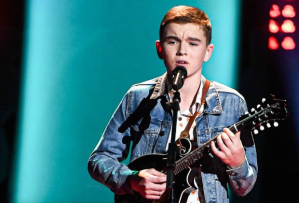 Levi Watkins (Team Blake), “Hey Soul Sister” — Grade: C | Blake said that he gave the performance of his lifetime just by not reacting in front of his fellow coaches when he got a look at the 14-year-old mandolin player who sounded so much more mature than he looked (and who sounded to Kelly like he was not only older but a female vocalist). Levi was cute, and the way he called everyone “sir” and “ma’am,” sweet. But, between his inexperience and his interesting-but-just-OK voice, I feared he’d be back to mowing lawns with his brothers sooner than later. 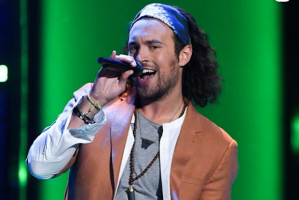 Zach Day (Team Legend), “Weak” — Grade: B- | Before we got a gander at the quirky gay Kentuckian who was auditioning, I would’ve sworn that that voice was coming from a woman; it was smooth and soulful and sorta Anita Baker-y. Kelly couldn’t believe that Zach was white. And he was not only pretty good, he was funny and likable, cheerfully revealing that his friends back home were always giving him nicknames like “Gaycey Musgraves” and “Gaylor Swift.” Not the most overwhelming Blind ever, but it left me at least more than “whelmed” (which was what Blake said Kelly’s “impressive” remark had been the equivalent of). 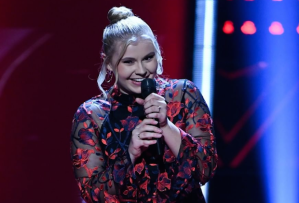 Chelle (Team Kelly), “idontwannabeyouanymore” — Grade: C+ | This teenage introvert admitted before her audition that she could be perfectly happy not leaving home for weeks at a time — she had her rock collection, after all — but she had found a release in music. Her Billie Eilish cover had an exciting moment or two. Overall, though, she was wobbly as hell. I don’t mean vibrato, either — her voice just plain wobbled, so much so that at one point I wondered if she wasn’t part-gargling. The coaches were crazy about her, though. Nick even said that Chelle was the kinda singer he’d kill to write songs for. To each his own.

Best Reality Shows of the Decade

Toneisha Harris (Team Blake), “I Want to Know What Love Is” — Grade: A- | A onetime gospel sensation, this 44-year-old was supposed to have tried out for the show eight years ago but put that dream aside when her son was diagnosed with leukemia. (He’s fine now, BTW.) Since then, as Blake suggested, the four-chair-turn must have done a lotta singing in the shower, because she sounded tremendous on her Blind, smoothly transitioning from a well-controlled lower register to big, round notes that suggested she’d go, if not all the way in the contest, at least far.

So, who, if anyone, really dazzled you Tuesday? Vote for the standout in the poll below, then hit the comments. Can you see any of these contestants making it to the Final Four?