Early on in Monday’s Season 18 premiere of The Voice, veteran coach Blake Shelton playfully grumbled, “This is gonna be a long season.” And, as bummed as I still was over the outcome of Season 17 — Jake Hoot’s fine, but Katie Kadan and Rose Short were great — I suspected he was right. But doggonit, no sooner had the Blind Auditions gotten underway, with Nick Jonas joining Blake, Kelly Clarkson and John Legend in the iconic swivel chairs, than I was, as always, sucked right back in. It probably didn’t hurt that all eight of the singers advancing to the Battles were so good that I couldn’t bring myself to give any of them lower than a grade of C. (I know, I know — I’ll get tougher; it just takes me a coupla episodes to work up to it!) Read on, and after we review the performances, you can play favorites and grade the premiere.

Todd Tilghman (Team Blake), “We Got Tonight” — Grade: B | Even before this 41-year-old father of eight had sung a note, I was predisposed to like him because I recognized among his family waiting in the wings one of my favorite crafters from Season 2 of Making It — his son Eagan. But it turned out, the four-chair-turn also has a great, growly voice, one that calls to mind Season 14’s Pryor Baird (and, oddly, Kenny Rogers). Sure, the energetic pastor got so excited at one point that he turned himself into a bobblehead — never advisable mid-vocal — but this was solid. 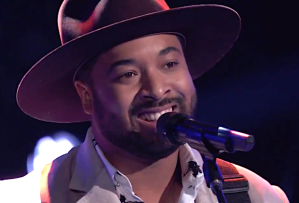 Nelson Cade III (Team Legend), “Pride and Joy” — Grade: A | This 27-year-old Californian recalled in his pre-performance interview that his singing had once caught the ear of no less than Stevie Wonder. And as soon as Nelson hit the stage, it was easy to hear why. There was fire, absolute fire, coming from his throat — and it didn’t even sound like he was trying. Though Nick was blocked from recruiting the four-chair-turn with the million-dollar smile, the Jonas Brother did manage to sum up the Blind Audition in just two words: “star” and “wow.”

Tate Brusa (Team Nick), “Perfect” — Grade: C | An adorkable high-school sophomore from Salt Lake City, Tate was left, in his own estimation, “totally fangirling” over Nick’s picture on the studio wall. So it was sweet that not only was his idol the first of his two chair turns, Nick even did some real-time coaching to help Tate improve the rough spots in his performance. Which honestly weren’t that bad (I attributed them to nerves). And when the youngster was good, his vocal alternated between what Gwen Stefani would’ve called “so soothing” last season and pleasantly raspy. 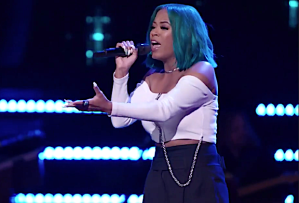 Tayler Green (Team Kelly), “Issues” — Grade: A- | Whoa. This 27-year-old Jersey girl with aquamarine hair didn’t just look like a star when the spotlight fell on her, she sounded like one, too. Her lightly-rearranged Julia Michaels cover was pitch-perfect, combining little hints of Rihanna with what I would’ve sworn were snippets of birdsong. (Do you have a better way to describe that sorta trill that the Mariah fan emitted?) Maybe, as Kelly suggested, Tayler could have packed a little more power into her performance. But she struck me as a real contender.

Darious Lyles (Team Legend), “How Do You Sleep” — Grade: B | Before uncorking his Sam Smith cover, this 30-year-old Chicagoan revealed that his late parents hadn’t told him that he was adopted; he’d only found out at age 18 when his biological mother reached out to him. Mind you, he didn’t need a heartrending backstory to make a lasting impression. His voice, which melted like butter over warm toast, did that for him. John noted that Darious had had “a little bit of pitch problems,” but I was mostly dazzled by his vulnerability and the way he zipped in and out of his falsetto. 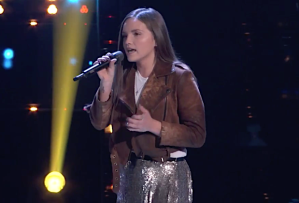 Megan Danielle (Team Kelly), “Remedy” — Grade: B+ | A sassy 17-year-old Georgian who waits tables with her mom and grandma, Megan had never played any gig bigger than an open-mic night before her Blind. But there was a cool, jagged edge to her voice, underscored by a fantastic, effortless growl. And a coupla times, she sang with a clarity that was so striking, it reminded me of my all-time favorite Voice contestant, Season 13’s Addison Agen. Kelly — the only coach who turned for Megan (WTH?!?) — likened her to a country Adele. If she’s always this good (i.e., doesn’t pull a Marybeth Byrd), she could go far.

Todd Michael Hall (Team Blake), “Jukebox Hero” — Grade: B- | Even before we got a look at this 50-year-old, he seemed like he’d been beamed in straight from a touring-company matinee of Rock of Ages. There was just a theatricality to his performance, a bigness. Which isn’t a bad thing necessarily — I like over-the-top, especially when it’s combined with a voice as forceful as Todd’s — but I suspected that Kelly and Nick were smart not to have turned their chairs. Neither theatricality nor older singers tend to fare well on The Voice. 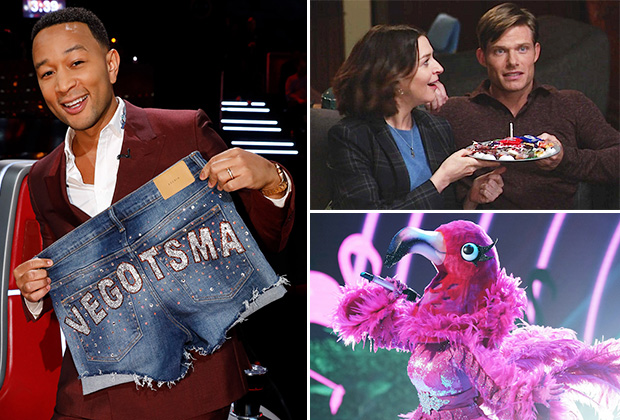 Joanna Serenko (Team Nick), “All My Loving” — Grade: A- | Since her mom and grandmother are both nurses, this 18-year-old from St. Louis, Mo., always assumed that she’d be following in their footsteps. But from the first notes of her Blind — the sonic equivalent of sunbeams breaking through gray clouds — it seemed likelier that the four-chair-turn would be following Season 16 victor Maelyn Jarmon’s tracks into the winners circle. The biggest challenge for her, it seemed — maybe the only challenge — was going to be adapting her jazzy style to more mainstream fare. Nick was so struck by Joanna’s potential that he stopped the proceedings after Blake had asked which coach she chose to fight for her anew. In the end, Nick managed to steal her away from John, toward whom it seemed like she was leaning.

So, what did you think of the Season 18 premiere? Grade it below and vote for the Blind Auditioner who most impressed you.