David Weil, the creator of Amazon Prime’s Hunters series, has responded to a critique from the Auschwitz‑Birkenau Memorial and State Museum, which took issue with a scene depicting a human chess board populated by ill-fated Jews.

The sequence in question, from the newly released series’ first episode, involves prisoners at Auschwitz who are forced to kill each other during the course of a game of human chess, as ordered by Nazi officers.

“Auschwitz was full of horrible pain and suffering documented in the accounts of survivors,” the museum tweeted on Sunday. “Inventing a fake game of human chess for @HuntersOnPrime is not only dangerous foolishness and caricature. It also welcomes future deniers. We honor the victims by preserving factual accuracy.” 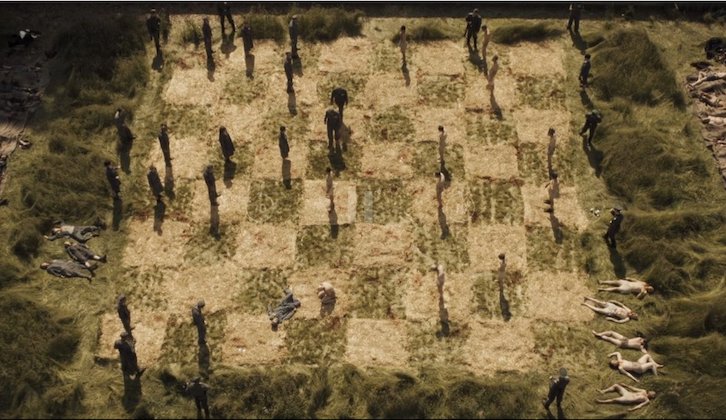 When someone on Twitter contended that movies should have the liberty to fictionalize events, the museum responded, “In other words, you say: ‘a movie can lie about reality as it is just a movie.’ Here we absolutely disagree. This is disrespectful and dangerous.”

Series creator Weil, in a thoughtful, nearly 600-word statement obtained by TVLine, references his grandmother whose Auschwitz stories in part inspired Hunters. He states that while Hunters is “inspired by true events,” it is not a documentary. And though the human chess scene is fictionalized, it is a “truthful” representation of the “sadism and violence that the Nazis perpetrated” during World War II.

“If the larger… question is can we even tell stories about the Holocaust that are no documentary, I believe we can and should,” Weil maintains, noting that “myriad” acclaimed films have done just that.

Read his full statement below: 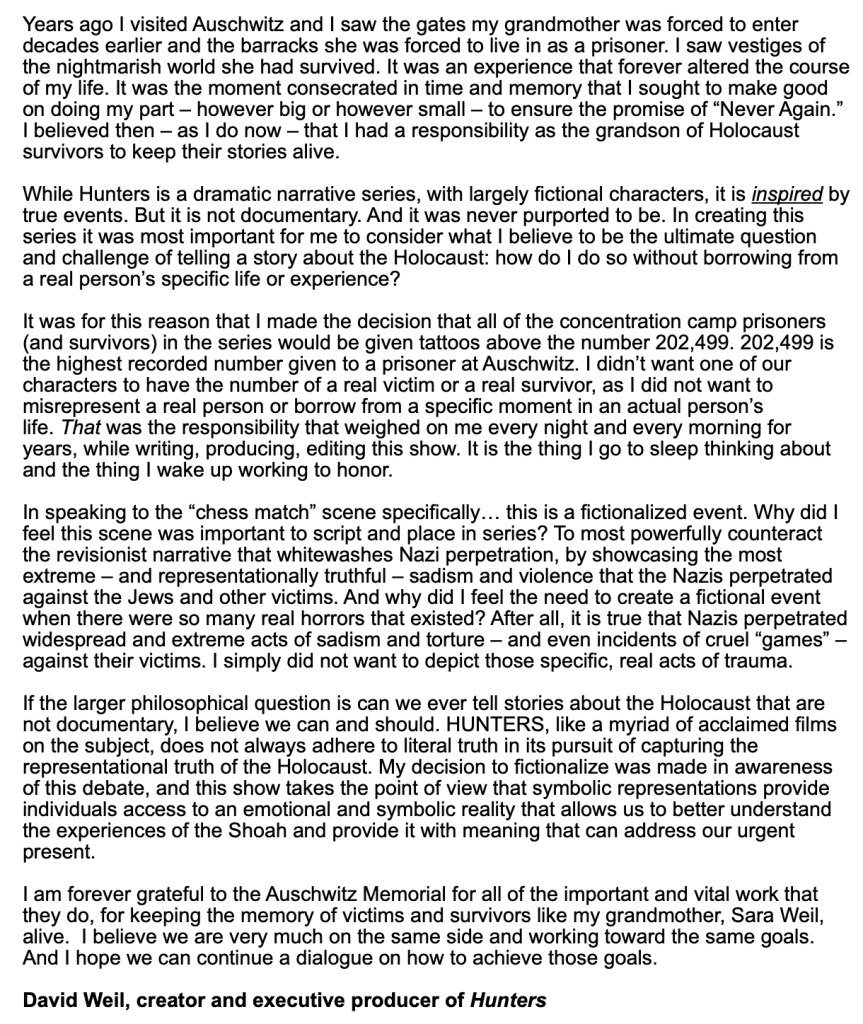