We’ve got questions, and you’ve (maybe) got answers! With another week of TV gone by, we’re lobbing queries left and right about shows including MacGyver, Outlander, All Rise and The Conners! 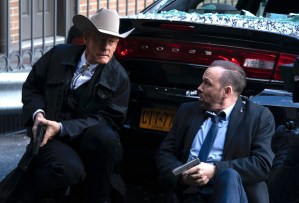 1 | As fine a Blue Bloods guest star as Lyle Lovett was, was there any folksy saying his Texas Ranger didn’t utter?

2 | Did MacGyver demonstrate to TV viewers — hopefully once and for all! — that when a team of pros is “hired” to “test” a security high-end system by stealing something highly valuable, they’re never really being hired to test a security system?

3 | Outlander fans, have you made your peace with the notion that Claire and Jamie apparently are never going to visibly age? And did the flashbacks to their wedding in the season premiere prove that?

4 | Why wouldn’t The Outsider‘s Ralph have told Holly the info about Claude Bolton? Isn’t the fact that Terry Maitland scratched Claude after the murder of Frankie Peterson a huge detail to leave out? Also, how adorable was Holly’s face when Andy came to see her? And is anyone else worried that Andy might not make it out alive?

5 | On Zoey’s Extraordinary Playlist, wouldn’t Autumn’s memorization of Max’s coffee order have been more impressive if the order were complicated, and not just black coffee?

6 | On Batwoman, how did not just Sophie but also Mouse’s dad track down Beth (and set up sniper positions!) immediately after she and Luke emerged from the Bat-tunnels? 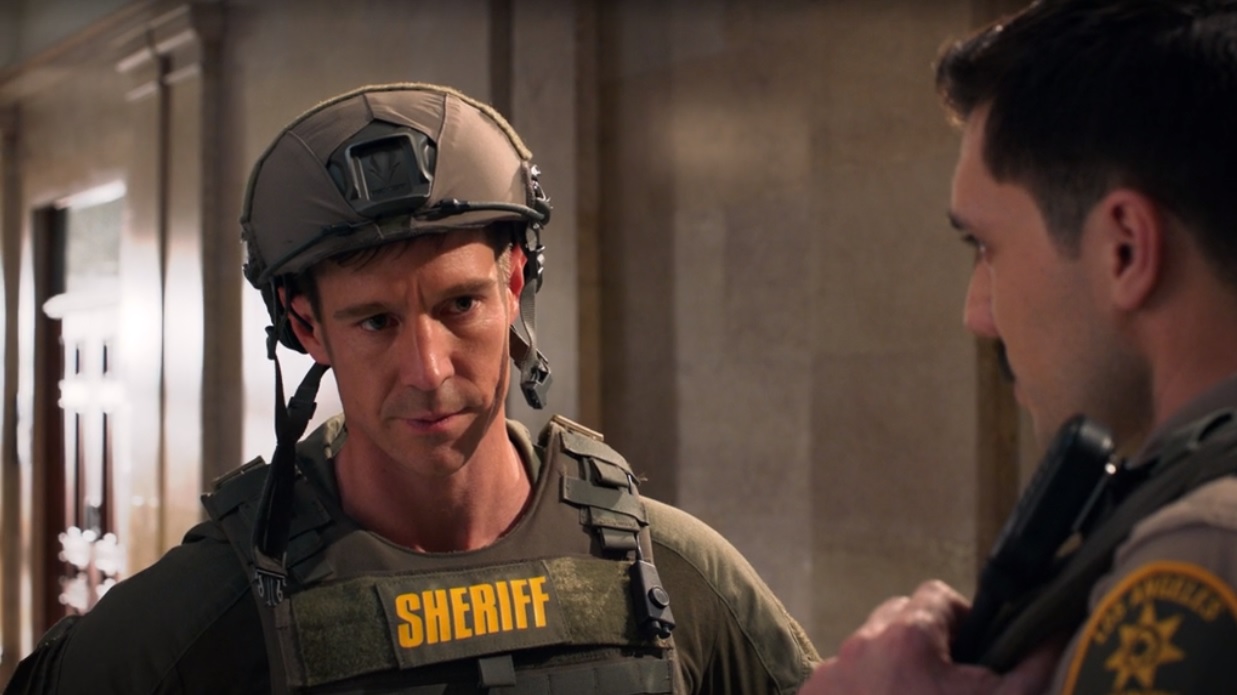 7 | Can we just choose to believe that Logan Echolls transferred to the L.A. Sheriff’s Department (as suggested by Monday’s All Rise)?

8 | On Manifest, upon realizing that the night club was clearly a trap, why didn’t Ben and/or Mick instantly get to hurrying people outside? Instead of standing around seeking second and third opinions?

9 | On This Is Us, if it was so cold in the snowstorm, why did The Big Three choose to stay outdoors as they sorted through the time capsule? (Wouldn’t California-dwellers Kevin and Kate, especially, have gone inside as quickly as possible?) Also, can we intimate that Baby Jack choked because Toby served his eggs straight from the hot frying pan? 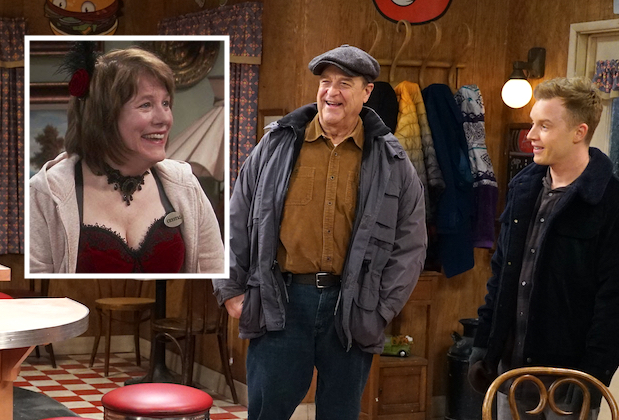 How is it possible that The Conners‘ Dan lost touch with Ed Jr. for 20 years when Ed Jr.’s mother, Crystal, remains a family friend? And wouldn’t she have told Dan that his father died before he read it in the obituaries? Or are we to assume that Ed Sr. and Crystal divorced, and Crystal was estranged from her son?

11 | Inside The Flash‘s mirror realm, where “everything” (including magazine text) is backwards, shouldn’t Iris’ hair be parted on the other side?

12 | Was the wildest part of this week’s Legends of Tomorrow that the MTV Movie Awards are still relevant in 2044? Is anyone getting whiplash when the show cuts from the light-n-silly A-stories to whatever dark, ominous and yell-y stuff Constantine is up to? And did Courtney Ford’s self-described shameful French accent remind you of Sacha Baron Cohen in Talladega Nights: The Ballad of Ricky Bobby?

13 | How did NCIS‘ McGee know he had found an original Star Wars ticket stub when in 1977 theaters by and large used generic “ADMIT ONE” tickets ripped off a roll? 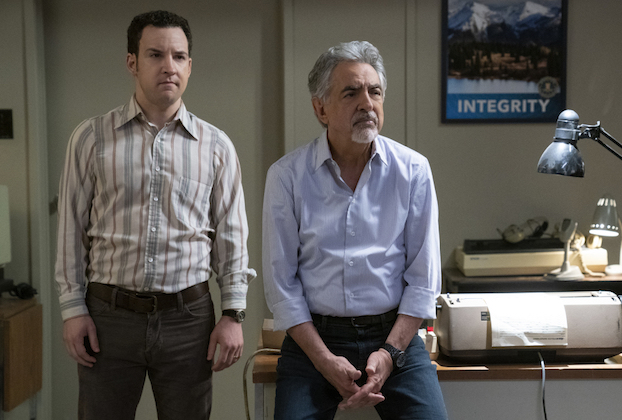 14 | Is Criminal Minds guest star Ben Savage so uncanny a Young Mandy Patinkin that you wish we’d get a prequel series about Gideon and Rossi’s earlier days?

15 | Watching Survivor‘s Boston Rob work his magic is both invigorating and frustrating — how long will the tribe allow his dictatorship to run? And were you impressed with how Denise slyly hid her immunity idol after Rob forced everyone to empty their bags?

16 | On Star Trek: Picard, were you surprised to see Picard and Seven of Nine so chummy, when they never crossed paths on any previous Trek show? And how did the rest of the cast stop themselves from giggling when Patrick Stewart adopted that ridiculous French accent?

17 | Is it kinda mean of Grey’s Anatomy’s Amelia to decide never to learn her baby’s paternity when both of the potential fathers would’ve not only accepted but wanted a role in their child’s life? Also, can we assume the show has used Alex’s voicemail greeting before, or did they need to get a sound-alike or sew together old Justin Chambers dialogue? 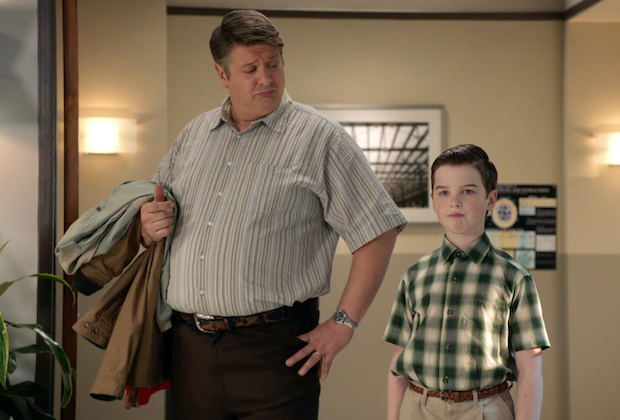 18 | Which Young Sheldon scene did you find more emotional: When George Sr. and Sheldon channeled Captain Kirk and Mr. Spock aboard the flight to Pasadena, or when your realized father and son were standing in the Caltech cafeteria from The Big Bang Theory?

19 | When Mom‘s Christy briefly contemplated freezing her eggs and one day having another kid, why didn’t Bonnie think to mention that she still has a teenage son named Roscoe who we haven’t seen in nearly three-and-a-half years? And did your heart just about break when Jill, who previously lost a foster child to the kid’s birth mom, found out that she has no viable eggs to have a kid of her own?

20 | If you’re aware that CBS’ Tommy actually films in New York, are you distracted by looking for how it fakes outdoor L.A. scenes? 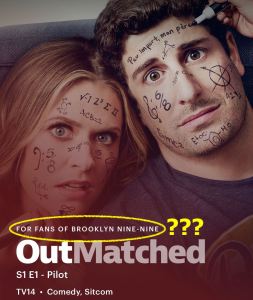 21 | With all due respect to Hulu (and Outmatched): What?

22 | On Superstore, was that actually Bones‘ Emily Deschanel who narrated the Zephra CEO’s audio book?

23 | When Project Runway‘s Karlie Kloss told the designers, “Don’t f–k it up,” did you suddenly realize that no one other than RuPaul should ever attempt to utter that line again?